It was a productive legislative session for advocates of the Second Amendment, according to attorney Dan Zelenka, president of the Louisiana Shooting Association. “Overall, the 2021 session was quite good,” Zelenka said. “Four of the five bills our statewide organization supported — HB 48, HB 124, HB 597 and SB 118 — are now sitting on Gov. John Bel Edwards’ desk awaiting his signature.”

Although three of the four pieces of legislation sailed through both chambers without significant opposition, Gov. Edwards could decide to veto SB 118, known as the concealed-carry bill. Introduced by state Sen. Jay Morris, R-West Monroe, and passed by a veto-proof majority, the law would allow Louisiana residents who are otherwise qualified to carry a concealed firearm to now do so without first obtaining a concealed weapons permit. 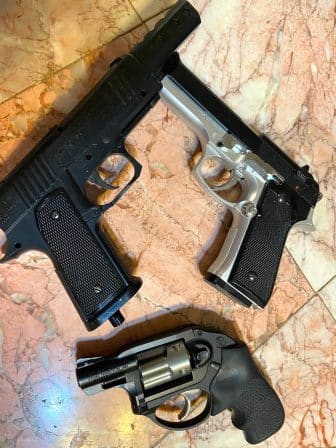 Louisiana law does not require a state permit to purchase handguns.

Louisiana has always been a state with powerful pro-gun legislative leaders and zealous gun enthusiasts. It is not unusual for dozens of supporters from north and south Louisiana to pack committee rooms when Second Amendment legislation is being heard.

Louisiana is a “castle doctrine” or “stand your ground” state, which allows a homeowner to legally discharge his or her weapon to defend their private property. Because of this law, the French Quarter homeowner who recently shot a drunken tourist inside his house was not charged with a crime. Law-abiding citizens in Louisiana may openly carry a firearm without a permit, except in a parish where local ordinances passed before July 15, 1985, are valid.

HB 48 by Rep. Blake Miguez, R-Erath, expanded training opportunities. Written 25 years ago, the original concealed carry law allowed only trainers who were certified by the National Rifle Association. The new law allows other groups like the U.S. Concealed Carry Association to certify trainers. “This is a good piece of legislation because it gives greater opportunities for groups to certify trainers,” Zelenka said.

HB 597, also by Miguez, prevents financial institutions which discriminate against firearm and ammunitions manufacturers, associations and retailers from doing business with the state of Louisiana. “There has been pressure on banks not to make loans to firearms businesses and even not to process their credit card payments,” Zelenka said. 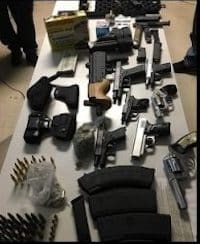 Guns seized during a 2017 drug bust in Broadmoor.

Louisiana is now one of 22 states that allows law-abiding citizens to carry a concealed weapon with a special permit. In those states, Zelenka said, there have been no increases or homicides or crimes committed with a firearm. “It’s pretty simple – a criminal doesn’t care about a misdemeanor conviction. He can’t legally own or possess a gun, so the law isn’t a real deterrent. Yet for a law-abiding citizens a misdemeanor conviction or any contact with the criminal justice system is traumatic. A law-abiding citizen should not be charged with a crime for simple possession of a fire arm,” he said.

For many years Louisiana had been a “shall issue” state. The Louisiana Department of Public Safety and Corrections issued concealed handgun permits to qualified applicants after performing criminal background checks and giving the local police 10 days to provide additional information about applicants. Citizens and lawful permanent residents who are 21 years or older must successfully complete all the requirements before receiving a permit to carry a concealed weapon.

If Gov. Edwards chooses to veto SB 118, Zelenka would need almost every legislator who initially supported the legislation to vote in favor of it again. “Gov. Edwards is very influential. He would only need to strip away a few votes, and the measure will fail. Edwards ran as a conservative Democrat who favored gun rights. This is the most important gun rights legislation that has ever reached his desk. It would be sad to see him veto it. Signing this legislation should be a no-brainer,” Zelenka said.

Last year the Louisiana Shooting Association passed 100% of the bills it supported. This year it was successful in passing 80% of what its members considered “good” legislation and defeating 100% of what they called “bad” legislation. “You can’t win them all,” Zelenka concluded.

PAUL AUCOIN NOT IN THE RUNNING FOR RIVER PILOTS OVERSIGHT BOARD

Paul Aucoin, executive director of the Port of South Louisiana, was set to be confirmed by the Louisiana State Senate for a position on the River Pilots Oversight Board when he withdrew his name from consideration.  He had passed the ethics review when he was notified by Gov. John Bel Edwards’ office that he might want to withdraw his nomination, Aucoin said.

Though Aucoin works in LaPlace, he resides in  Uptown, around the corner from his daughter and grandchildren. Because Aucoin lives in state Sen. Karen Carter Peterson’s district, she has the right to stop his appointment without any explanation.

Aucoin was a supporter and donor to Congressman Troy Carter in his recent race against Peterson. Aucoin said: “I withdrew my nomination so as not to give Peterson the pleasure of vetoing me.”