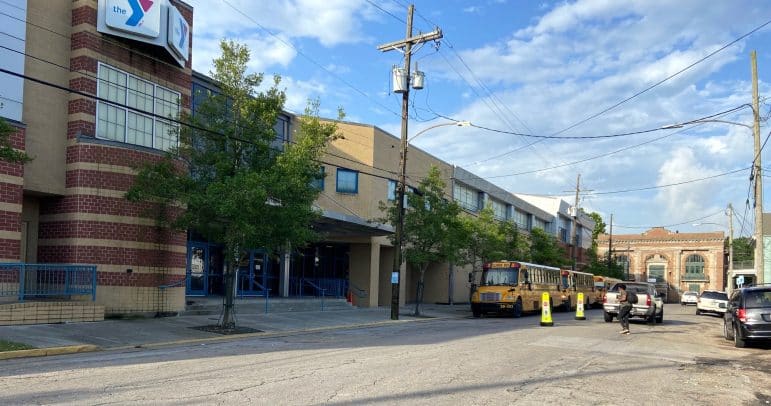 It hasn’t been a good couple of months for the Dryades YMCA, the sponsoring organization for the James M. Singleton Charter School. First there were awkward questions about falsified background checks for several charter school employees. Then the CFO’s criminal history and sloppy bookkeeping also became issues.

Several people, including long-time head Doug Evans, resigned. Then a Dryades Y board member stepped down to assume the top staff position at the charter school, an action the state ethics board might signal as a violation of state law. Now NOLA Public Schools is asking about $1.1 million the Dryades Y owes to the charter school. So far, NOLA-PS hasn’t been getting timely answers. Singleton charter interim CEO Samuel Odom is backpedaling fast and has asked for more time to respond.

According to the state constitution, “funds, credit, property or things of value of a public entity shall not be loaned, pledged or donated to for any person, association, or corporation, public or private.”

Apparently, money and politics are at the very heart of the Dryades Y/Singleton Charter School problem. They could be the downfall of one or both organizations. For more than a century, the Dryades Y has played a vital role in the Central City community.

When the Dryades Y first started offering adult education classes through its School of Commerce, there were very few other places Black workers could learn those skills. The Dryades Y provided an important lifeline for the community and a way for non-college educated Black New Orleanians to rise into the middle class.

The recreation programs – swimming, basketball, etc. – offered at the Dryades Y teach the value of teamwork and have kept many a young person on the right path.

The Dryades Y has long been run like a closely held family business. In this case, the family is the BOLD political organization.  The majority of those employed by the Dryades Y and later the Singleton Charter School, as well as its board members, pledged their allegiance to BOLD.

For many years legendary elected officials Assessor Ken Carter and Councilman Jim Singleton were able to use their political stroke to keep donations and grants flowing into the Dryades Y. Carter passed the mantle down to his daughter Karen Carter Peterson, who dutifully secured millions through various state government programs. But times have changed.

Competition has become stiff.  Now many more organizations offer the same kind of services on which the Dryades Y built its reputation. In addition, BOLD’s power isn’t what it used to be. Though BOLD supported Mayor LaToya Cantrell, she was never formally part of the organization. Peterson recently lost a tough congressional race. She will only be a member of the state Senate two more years. The racial breakdown of BOLD member Jay Banks’ City Council district has changed, and already three women are talking about challenging his re-election bid.

The James Singleton Charter School was a great way to serve the children of Central City and also increase BOLD’s political reach, create jobs for more of their associates and financially support the Dryades Y sponsoring organization. Because the school was state chartered and Peterson’s husband Dana was a state education official, Singleton charter and the Dryades Y were able to avoid the scrutiny they are currently facing from NOLA-PS.

Does the Dryades Y have the $1.1 million to repay Singleton charter?  Probably not. Interim CEO Odom is probably trying to figure out how to create an accounting trail that would negate the re-payment.

If Singleton charter received the $1.1 million, would they do a better job of educating the students? Singleton charter has always been an underperforming school. It has never done a good job of raising students’ test scores. The students have not been well-served. They probably stay because of the school’s close proximity to their homes and their parents’ personal memories of the Dryades Y during its glory days.

Insiders report that at least one board member has recommended the school close. Though that closure would probably benefit the students long-term, it would also have a devastating effect on the Dryades Y’s budget as well as Singleton charter’s faculty and staff.

What should the Dryades Y do? Hire a skilled grants writer who can help re-define the nonprofit by building on its historic past and imagining new programs that current day foundations and businesses are willing to fund.

In the last few years, we have seen Dillard, Xavier and a host of local nonprofits receive millions from a diverse group of new donors. Why not the Dryades Y?  With a new board comprised of individuals from outside of the traditional BOLD circle, the Dryades Y could once again reach for the stars. The adults and children who depend on the Dryades Y and Singleton charter’s education and recreation programs deserve nothing less than the very best. 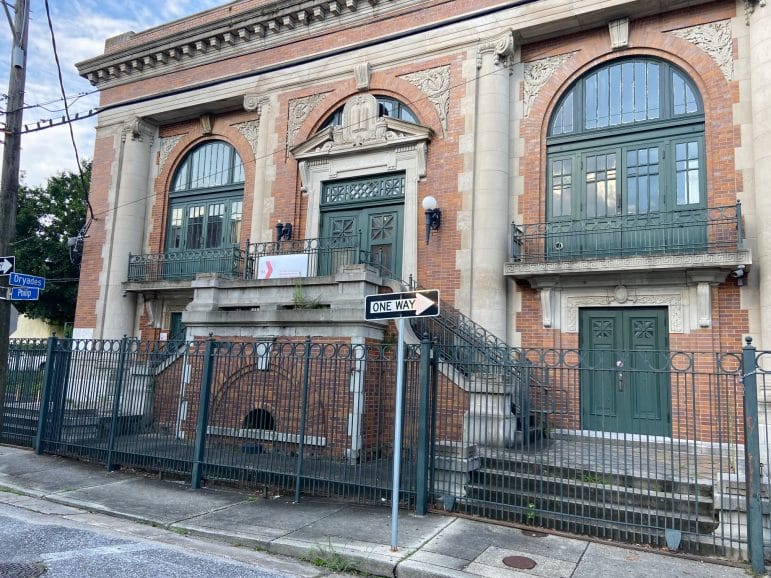 Dryades YMCA is in a building that originally housed the Dryades Public Library, the first public library for Black patrons in the JIm Crow era.

Algiers-based attorney Freddie King will announce his candidacy this evening for the City Council District C seat being vacated by current Council member Kristin Gisleson Palmer. The event will start at 6 p.m. at 1816 Newton St. in Algiers.  King has been active in West Bank neighborhood, social and political circles for several years.