The Alcée Fortier school building on Freret Street, now home to Lusher Charter School, will be renamed soon, according to NOLA Public Schools.

The OPSB has the authority to change the outward facing name on any of its buildings but cannot change the school name, which is designated by the charter management organization.

Lusher Charter School itself is named for Robert Mills Lusher, a Confederate official and fervent supporter of school segregation. A name change has long been discussed, but Lusher’s board, the Advocates for Arts Based Education, has not publicly stated whether it is considering a new name.

Alcée Fortier, a late-19th and early-20th century writer, language professor and Tulane University administrator, was also known as a white supremacist. He praised the work of Robert Lusher and viewed public support for the education of White children as a means of fortifying White dominance, according to the NOLA-PS Renaming Committee.

Fortier was among the White League fighters in the 1874 Battle of Liberty Place, an unsuccessful attempt to overthrow the state government because of its commitment to racial equality. In his later academic writing, Fortier celebrated the White League, formed to prevent freed slaves from voting, and articulated racist beliefs.

One of the names considered for the Fortier building, that of educator Everett Joseph Williams Jr., is also under consideration for the Lusher building that houses the charter’s elementary school. The others are former Fortier teacher Elijah Brimmer and Judge John Minor Wisdom, whose appeals court decisions advanced the desegregation of the South. 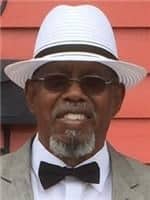 Fortier alumni organized a petition in July 2020 to drum up support for the Lusher high school campus to be named after former music teacher and band director Elijah Brimmer Jr.

Hired in 1978, Brimmer was among the second wave of Black teachers to integrate Fortier High School, according to the petition, which also states Brimmer “worked to change the systemic racism within Mardi Gras parades” that affected Black high school bands at the time.

Fortier alumnus Norman Bell, in a comment on the online petition, remembered Brimmer fondly. “Mr. Brimmer was an inspiration to thousands. He inspired not only band members but the entire student body was challenged to succeed because of the pride of inclusion he created. This honor would be well deserved,” Bell wrote.

After Brimmer’s death in 2019, Mayor LaToya Cantrell posted on social media: “Mr. Brimmer has played a pivotal role in the lives of our musicians and culture in so many positive ways. His years of service to the uptown community will never be forgotten.” 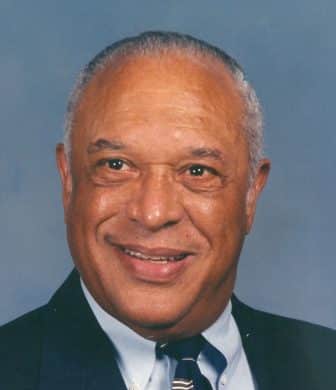 After retiring from Orleans Parish schools, Williams remained active in the community until his death in 2013. 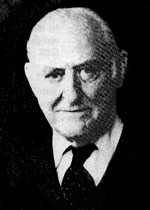 The third candidate for Fortier’s renaming is John Minor Wisdom. As a judge on the U.S. Court of Appeals for the Fifth Circuit from 1957 until his death in 1999, Wisdom was the one of four Fifth Circuit justices behind landmark cases that advanced the civil rights movement and the desegregation of the South.

The lifelong New Orleanian wrote the 1962 opinion that integrated the University of Mississippi by allowing James Meredith, a Black college student, to attend. In the 1963 case of the United States v. Louisiana, Wisdom struck down a state law aimed at voter suppression, expanding the rights of Louisiana’s Black voters.

Wisdom was an unlikely champion of civil rights as an aristocratic Republican and a son of the Old South, whose father was pall-bearer for Confederate Gen. Robert E. Lee.

According to the American Bar Association, which established the John Minor Wisdom Public Service and Professionalism Award in 1990, “Judge Wisdom left a profound mark on American jurisprudence and the civil rights movement during his 42-year career on the Fifth Circuit.”

Wisdom was awarded the Presidential Medal of Freedom in 1993. While he was a senior judge in 1994, the Fifth Circuit’s headquarters in New Orleans was renamed the John Minor Wisdom U.S. Court of Appeals Building.

The Renaming Committee presented these three names to Superintendent Henderson Lewis. Lewis will choose one name out of the three proposed for each school that will be renamed. He will take his decisions to OPSB who will discuss and vote on the final names.