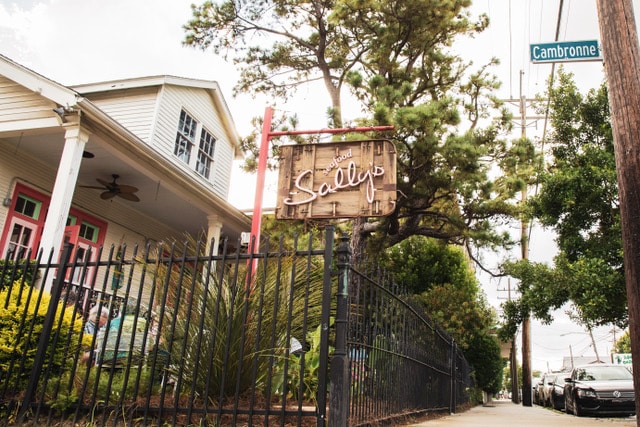 Named in honor of the executive chef’s grandmother and inspired by a trip down the East Coast, Seafood Sally’s recently opened on Oak Street.

CEO Caitlin Carney and her executive chef and partner Marcus Jacobs gained a reputation as innovative restaurateurs with Marjie’s Grill on South Broad in Mid-City. The duo had been wanting to open a second place that showcased their love of seafood but that was conceptually different from Marjie’s (named in memory of Carney’s mother).

When they saw that the former location of La Casita at 8400 Oak St. was for rent in the fall of 2020, they sprang into action. They signed a lease and went about renovating the space to their taste and needs. Or as Carney puts it, they put their “style stamp “on the place. Although they are using the existing kitchen, they brought in their own equipment and built a large “boil room” in the back.

In preparation for this self-described “neighborhood seafood restaurant,” Carney and Jacobs drove along the East Coast stopping at as many seafood joints and crab shacks as they could fit in their schedule.

“We were inspired by the crab places on the Chesapeake Bay,” says Carney. Typically, diners are given a cafeteria-style tray piled with crabs to crack open and pick apart. And as a result, Seafood Sally’s offers an all-you-can-eat crab special on Wednesday evenings. And in true local fashion, they have happy hour oysters daily.

Carney adds: “We wanted to create the kind of local, neighborhood restaurant that can be found in any beach community along the coasts.”  They repeatedly mention the concept of a neighborhood feel.

For example, they anticipate that the bar program that Toure Folkes of Turning Tables helped create will become a part of a neighborhood tradition. And they hope to expand their neighborhood reach by connecting their bar offerings to nearby festivals and events.

Chef Jacobs describes the difference between their two restaurants this way: Marjie’s Grill presents the opportunity to be more experimental and create fusion dishes and the like, whereas the goal of Seafood Sally’s is to serve familiar dishes, those that are traditional and make people people feel comfortable.

“My grandmother, Sally Whitney, is a phenomenal cook,” he said, “and in our food-centered family, she is an inspiration to us all.” 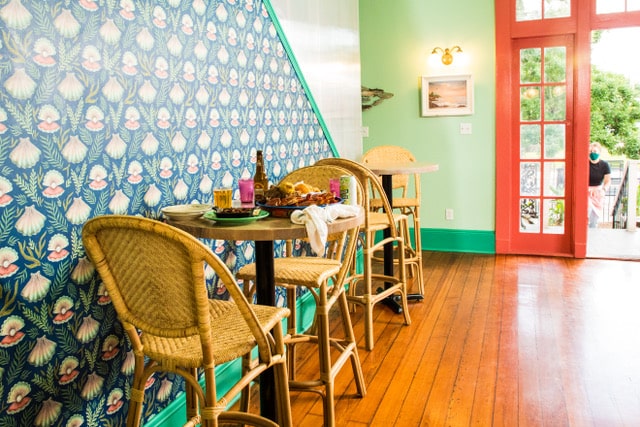 Seafood Sally’s aims to be a neighborhood-oriented restaurant.

Seasonal specialities play a big part of what Seafood Sally’s is serving up. “We have a lemongrass, chili butter sauce on the menu that can be tossed with shrimp, crawfish, crabs — anything, really. This is one of our signature recipes,” Carney said. “And once we are more established, we will be doing plenty of  fun specials.”

“We have been going to Marjie’s Grill weekly since we discovered it, and we knew that the new restaurant would be great, too,” Henderson said.  “There is something on Sally’s menu for everyone. And, yes, we have been back.“

How has it been staffing up in these times when it is infamously difficult? “Because our industry was shut down for so long, and we are opening just when others are reopening, yes, it has been a challenge to staff up. But we strive to provide a positive working environment and a place where the employees want to work,” Carney said. “I think some people who worked in the hospitality industry have pivoted to other career paths.”

But Carney remains positive and hopeful. “This has been a year of deep reflection, and of our becoming aware of what we want to do, and how we want to make a contribution to New Orleans.”

Additionally, Jacobs says, “We want to be a part of supporting the seafood industry in south Louisiana. Seafood plays a big part of the culture here, and we want to keep that traditional going.” 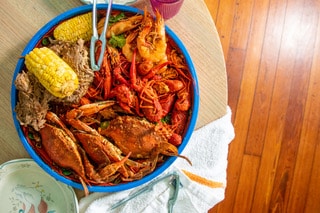