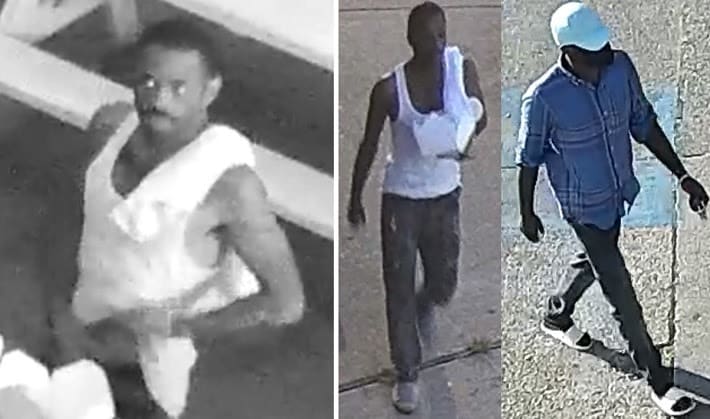 The New Orleans Police Department is seeking to locate and identify a suspect sought in the investigation of an aggravated assault with a firearm that occurred on June 12 in the 2600 block of Canal Street, connected to an auto theft a day before in the Sixth District.

The NOPD Sixth District covers the Central City, Garden District and Irish Channel neighborhoods. Police did not specify where the theft took place.

On June 11, the pictured man pictured above was allegedly involved in the theft of a black Subaru Forester, bearing Louisiana license plate 946 EBU, in an Uptown neighborhood.

The next day, at about 7:45 a.m., the individual reportedly used the stolen Subaru in commission of an aggravated assault with a firearm against three female employees of a business in the 2600 block of Canal street.

The New Orleans Police Department is requesting the public’s assistance in identifying two male subjects wanted for a simple burglary incident that occurred on Thursday (June 24).

At around 3 a.m., the man pictured above wearing a blue hat and hoodie was captured on security cameras entering the victim’s vehicle parked in the 2000 block of Octavia Street, police said. He stole a soccer bag from the vehicle.

Anyone with information regarding the identity of the two pictured subjects is asked to contact Second District detectives at 504-658-6020 or call anonymously to Crimestoppers at 504-822-1111.