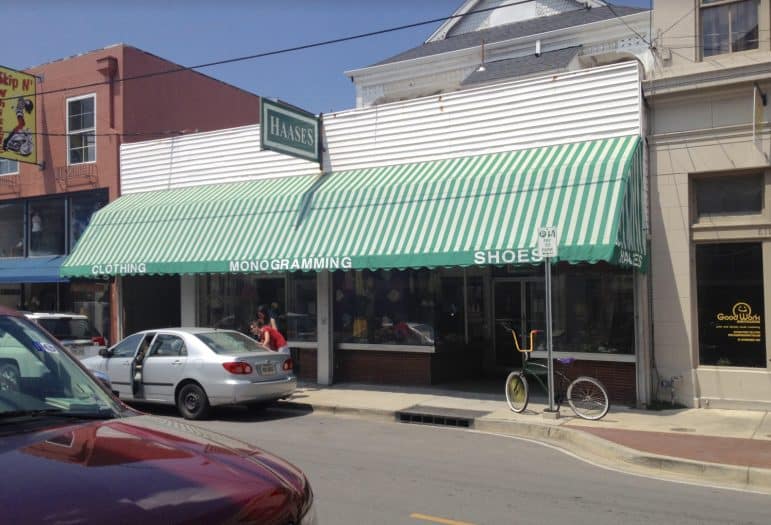 Haase’s Shoe Store and Young Folks Shop on Oak Street is celebrating its 100th anniversary in 2021, and it shows no sign of slowing down. Four generations of the Haase family have been a part of its business over the past century.

To what do they owe their longevity? Co-owner Kevin Caliva, whose mother was born a Haase, said it’s the level of care, service and relationships with customers that sets them apart from other places selling shoes.

“Obviously, we carry some of the same brands that other stores selling shoes also stock, but we offer a unique shopping experience,” Caliva said. “In fact, my mother used to say that she considered her customers to be like family, a tradition that she passed down to me and my brother, Bruce, who ran the business before me.”

Haase’s Shoe Store was founded by Boris Conrad Haase, who came to New Orleans as a boy from what was then Petrograd (the present day St. Petersburg) in Russia. As a young man, he started working in the retail shoe business.

In 1921, he rented a space at 5014 Prytania St., at the current location of Jade’s Nail Bar, and opened his own shop, Haase’s Shoe Store. 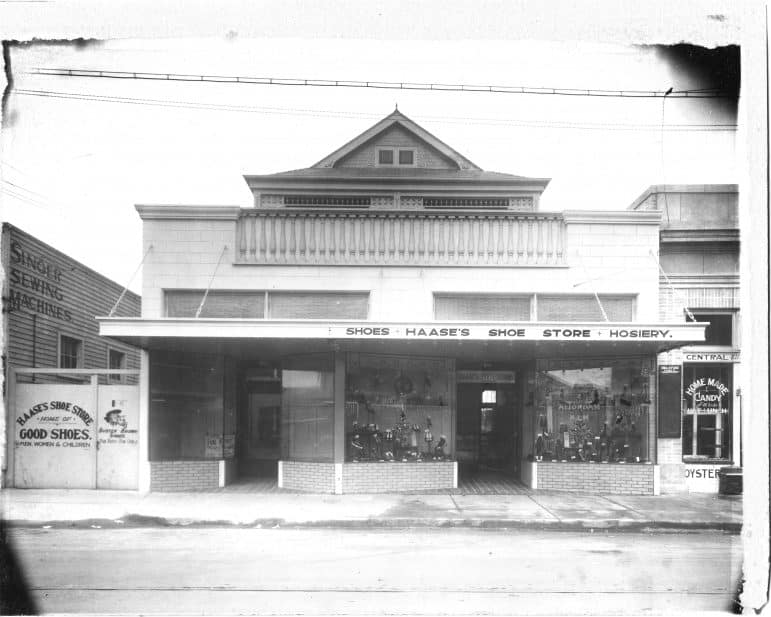 Haase’s storefront on Oak Street, with the family home peeking out above the store.

A year later, Haase and his wife, Della Haase, decided to move the store to Oak Street, a popular shopping area near where a relative lived, seeing that the combination of the (then) Oak Street and the Carrollton streetcar lines would make it the ideal location for the new business.

The Haases purchased a house and elevated the structure, which had been a residence, to create a shoe store on the lower level and their family home above.

In the late 1920s or early 1930s, the building underwent another renovation, and they added a space on the other side of the shoe store to rent out. When that didn’t happened as quickly as they wanted, Della Haase decided to open her own shop, Haase’s Young Folks Shop.

To this day Haase’s continues to sell shoes for all ages alongside clothing from infant sizes to a boys’ 16.

The couple’s children were brought into running the store as they got older. “My mother, Vera May Haase, grew up in this business,” Caliva said. In fact all four of her siblings did. Boris Haase Jr., known as “Uncle Buster,” went in with his father to run it together. 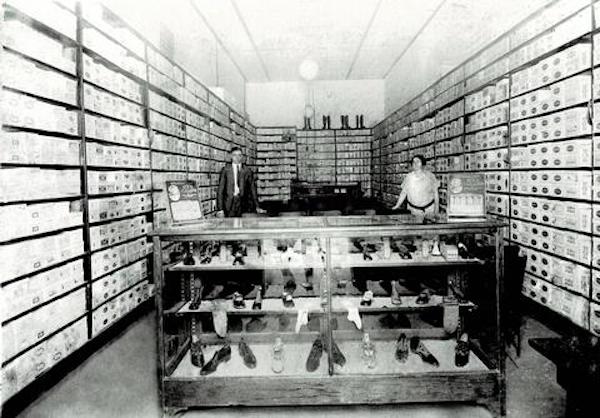 Boris and Della Haase in their shoe store.

With Boris Sr.’s death in 1959, his son became the manager. Ten years later, Boris Jr. passed away, and Vera May (by then Mrs. Caliva) stepped in. Caliva knew the inventory and the business so well that she and her two sisters helped their mother, who died in 1971, run the two shops.

As the other sisters became less active due to family obligations, Vera May Caliva took over. In 1970, she welcomed her second son, Bruce Caliva, who then became the manager until 2010, when he decided to retire after 40 years.

At that time Kevin Caliva and his wife, Judy, bought the business. “So after teaching for over 30 years, I decided to take a plunge into the retail world,” Judy Caliva said. “With the help of a semi-retired Bruce and my 94-year-old mother-in-law, Vera May Haase Caliva, I began working six days a week.”

Not knowing what to expect, she quickly learned what “wonderful and loyal customers we have here at Haase’s.”

She also learned that the Haase’s is a family tradition for the customers as well as the owners. “Our Haase’s customers love to say, ‘My first shoes came from right here at Haase’s,’” she said.

Originally Judy Caliva committed to just a year, and then agreed to two. Eleven years later, she’s still at it.

“It’s been a great adventure, and I enjoy seeing all of our Haase family of friends every day,” she said.

The Calivas currently run it with the help of nephew Chris Boyer, the son of Kevin’s sister Terry Boyer, who also worked in Haase’s along the way.

Now the fourth generation of the family is taking it to another level. It was Boyer who made the transition for the shop to be on the Shopify platform when the pandemic hit.

During the pandemic, they closed down for more than two months, but managed to stay afloat with their e-commerce site and with a Small Business Administration loan and a successful application to the Paycheck Protection Program.

“We prepared ourselves for a slow period, “ Kevin Caliva said, “but we have been pleasantly surprised at how many of our customers came back.“

The reopening of schools has recently kept the children’s shoe department busy. “Their feet seemed to grow so much during the pandemic, “ he laughed.

And the unique nature of the Haase Shoe Store can be told in an experience that happened Friday. A man was doubled parked and ran in to ask if they had children’s shoes. Kevin assured him they did, to which he replied he’d be right back with his young daughter.

Caliva realized this man was probably a new customer and asked if he had been in the store before. When the man said no, Kevin asked how he found them. “I looked up children’s shoes online and yours was the closest shop like this I could find,” he replied. He then stated that he lived in Biloxi, Mississippi.

As shopping trends come and go, Hasse’s Shoe Store sticks to its formula and remains firmly established on Oak Street.