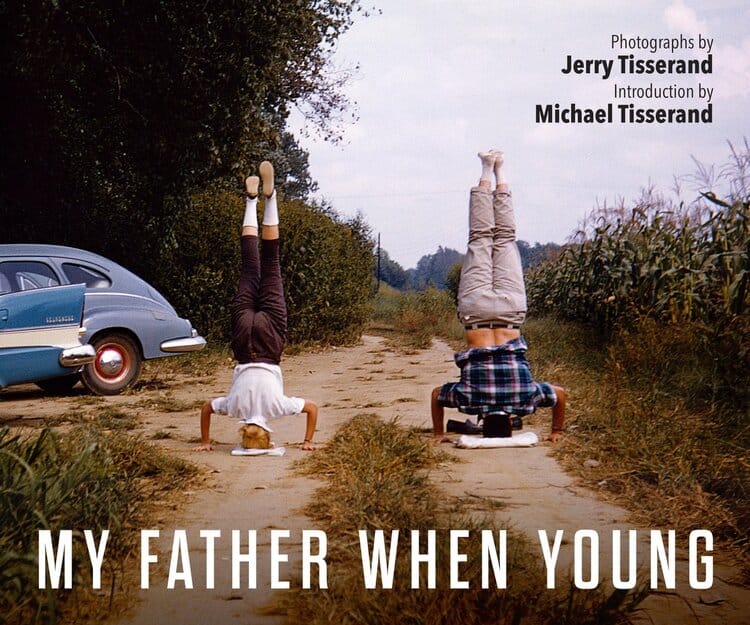 These photos, and many more, were captured by Jerry Tisserand between 1955 and 1959. His collection of images is now the subject of the book, “My Father When Young” by his son, Uptown resident and award-winning author Michael Tisserand.

Jerry Tisserand wasn’t a professional photographer; he was just a young man living life and photographing moments that fancied him. One day, during Covid lockdown, his son dug into his late father’s belongings and discovered long-hidden treasures among the prayer cards and a broken clock.

Kodachrome slides, that no one in the Tisserand family knew existed, tell stories of a young man’s travels. Pieces of life were captured in time and forgotten, until Michael took a deeper look into a part of his father’s life that he had tucked away.

Born in 1931 in Evansville, Indiana, Joseph Jerome “Jerry” Tisserand was proud of his hometown. He enlisted in the National Guard to pay for college and was stationed in Orleans, France, where he worked as an accountant for the Army. 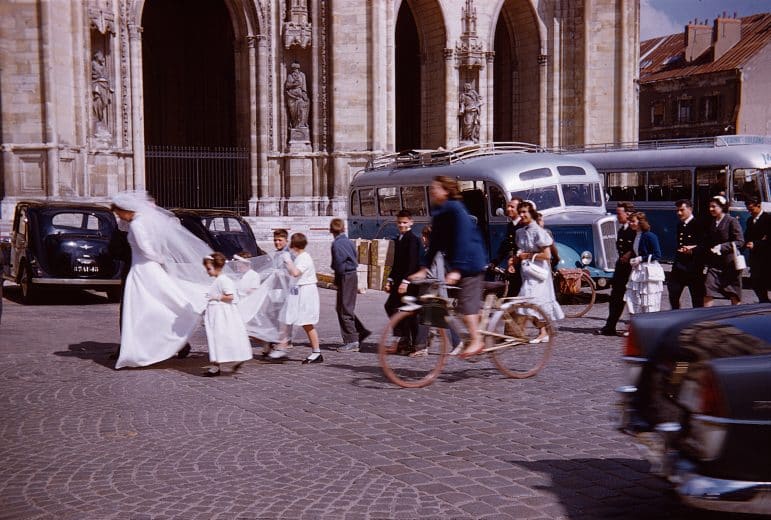 from "My Father When Young"

From there the adventure began. Jerry photographed his adventures throughout Europe — from an exuberant crowd at a bullfight in Barcelona to young women perched atop milk cans in The Netherlands. Back home in his beloved Evansville, some of the most intimate images in Jerry’s collection include loving embraces and quiet conversations during a party.

In New Orleans — where, as Michael describes in the book, his father created “however unwittingly an invaluable documentation of the history of gay carnival” — the elder Tisserand captured images that wouldn’t look out of place today: decadent costumes and people enjoying all the revelry that Mardi Gras promises.

Jerry Tisserand seemed to put his camera away after the trip to Mardi Gras and leave that part of himself behind. Even though Michael has lived in New Orleans off and on since 1983 — and his father was a frequent visitor to the city — he never mentioned his Mardi Gras trip or his photos. 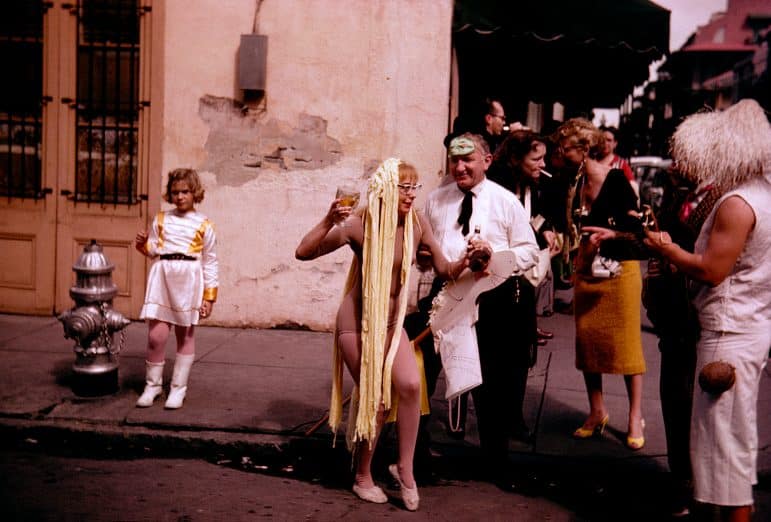 from "My Father When Young"

“Dad married mom two years after the Mardi Gras trip,” Michael Tisserand said. “I would have loved to have been able to connect with him in regards to his photography. He definitely had an eye. He was an original.”

Michael pieced together stories from the photos, with the help of his Aunt Rosie, Jerry Tisserand’s sister. Although she is featured in some of the images, Michael writes that his aunt doesn’t recall ever seeing her brother with a camera.

Speaking with Michael, the love for his father is obvious, and the book is a poignant tribute to this part of his father’s newly discovered life.

“Looking through all of dad’s things was an emotional process,” he said. “The fact that no one ever knew about the photos is incredible. It was a part of his life that he kept for himself. The photos represent a joyfulness to me.”

Tisserand will celebrate the launch of his book, “My Father When Young,” at Octavia Books, 513 Octavia St., at 6 p.m. on June 15, just in time for Father’s Day. At the event, Tisserand will be interviewed by radio host Gwen Thompkins.