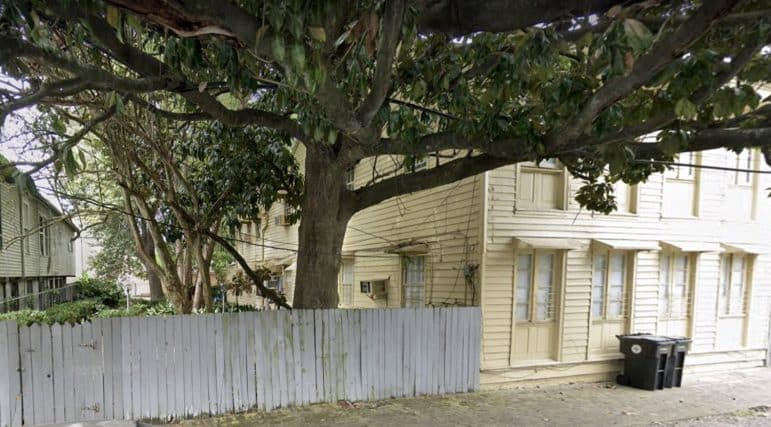 The controversy concerns a lot on 914 Dante Street that holds a six-unit apartment building, plus a side yard with several mature, leafy trees. According to Susan Johnson of  the watchdog organization Town of Carrollton Watch, who has been researching the property, the lot was the site of a Union Army hospital during the Civil War.

That hospital was later destroyed, possibly in a fire. The current structure was once home to F.C. Zeller, the mayor of the town of Carrollton before it became part of New Orleans.

Riverlake Properties, the property owner, plans to request permission from the city to divide the lot into two. The plan is to sell the side yard portion to a young couple who want to build a house there. The couple, an architect and a doctor, are having a baby and would like to build a home for the child’s grandmother to live in, so the family can be closer together.

Passions got heated and voices raised at a virtual neighborhood meeting on April 1 when Hooper and other partners in the real estate deal explained their proposal. Neighbors say that the plan will lead to the destruction of precious green space in the block and jeopardize a historic property.

“We have been done wrong many times in the process of all the real estate development that has gone on and the city doesn’t seem to come down on our side often,” said Jill Stephens, a neighbor. “So if you sense bitterness and a little testiness and anxiety in the community, you’re going to hear it — because we have not won very many of these fights.”

Those opposed to the plan argue that the lot is already too small for the house and not up to city code, so it would make no sense to create two lots that were even smaller.

The property is 9,060 square feet, when a lot for six-unit building would normally have to be at least 12,000 square feet. The subdivision would turn the lot into two parcels, one of which would be 3,600 square feet and the other 5,460. 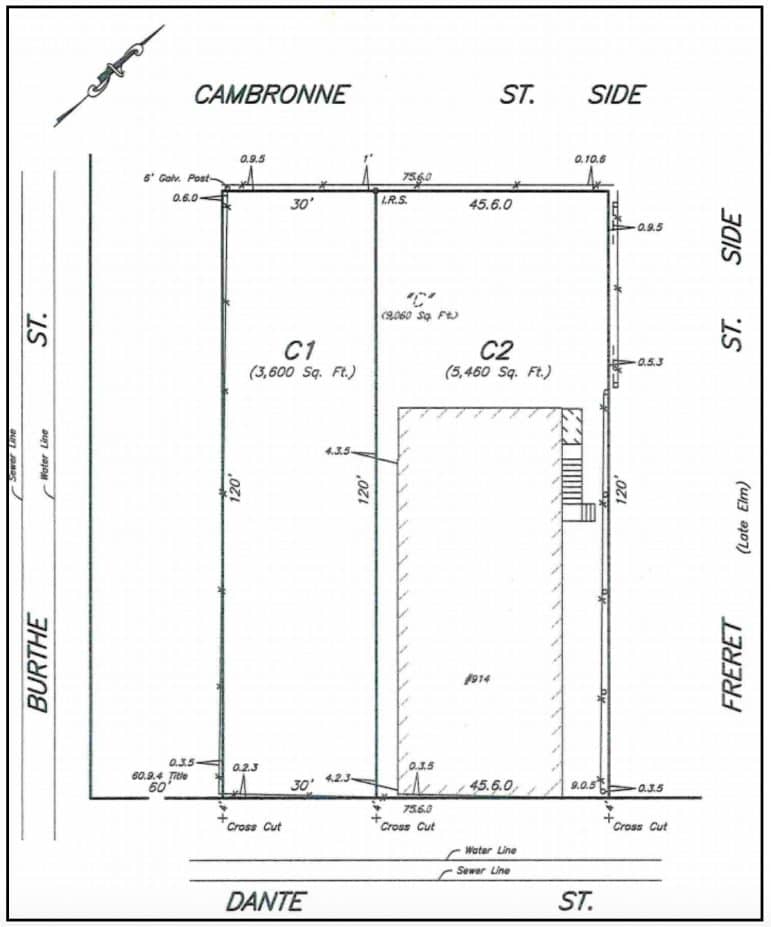 Since the lot would still be too small, Riverlake must apply for a variance from the city for a new parcel.

“I’m really concerned more about the destruction of the 75-foot lot and the historical house that’s on it,” said Betty DiMarco, co-chair of the neighborhood group Carrollton United.

“Subdividing that property will destroy that site — and that’s not OK,” Elaine Leyda, president of the Carrollton-Riverbend Neighborhood association, told Uptown Messenger.

“What would be lost? I don’t even know where to begin,” she said. “On that particular site there are mature trees, oak trees and magnolia trees, that provide shade and homes for wildlife and contribute to the aesthetic of the neighborhood.”

Neighbors also expressed concern over the potential for increased storm runoff and decreased drainage from the loss of permeable greenspace.

Brittany Bond, an anesthesiologist at Ochsner Medical Center who wants to build the new house for her mother, said she and her husband, architect Jared Watson, don’t want to destroy anything.

“It’s not our intention to destroy the aesthetic of the neighborhood. Our intention, if it does get subdivided, for the 35-foot-wide lot would be to build a single-family house and try to preserve as much of the trees and stuff on the lot as we can,” she said at the April meeting.

At that meeting, Joan Hooper of Riverlake Properties appeared exasperated at the opposition. She said that she had to sell the property and could not imagine finding a nicer family to move into the neighborhood.

“It’s a very hard property to maintain. It needs a lot of work on it,” Hooper said. “It’s for sale, and there are two people interested in buying it. One is an architect of the highest caliber who would improve it to the maximum. This is the better opportunity for everybody.”

Real estate lawyer Lauren Griffin, of Crescent Title, also vouched for the couple, saying they wouldn’t want to harm the place that their own family was going to live in.

Nevertheless, DiMarco said that the meeting did not allay her concerns about the proposed subdivision.

“We were really struck that the city would even consider allowing them to subdivide a lot that’s not even standard for the size building on it now,” DiMarco told Uptown Messenger.

The next step is for the property to have a hearing in front of the Board of Zoning Adjustments. A date for this meeting has yet to be set.

Julianna Padgett, another neighbor, ended the April meeting by imploring the owner of the property to reconsider what deeper significance that this property has to the community.

“It’s a hard decision to make to give up that lovely, beautiful green lot,” she said. “It’s really hard and we just hope that you can understand that and what it means for our block and for this part of Carrollton.”