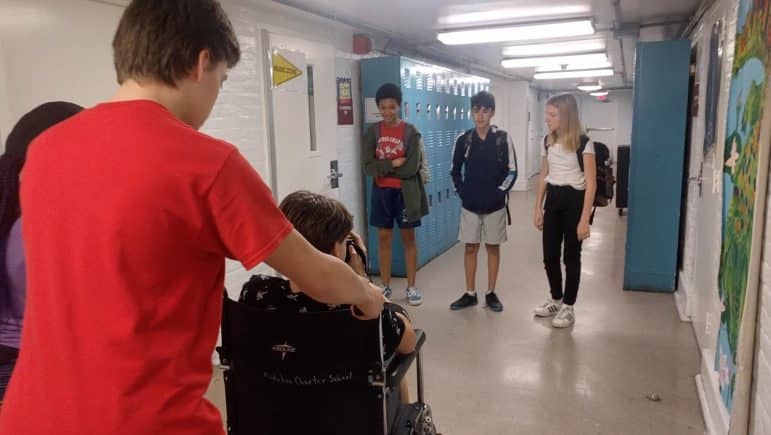 Audubon Charter School’s very first film festival was scheduled for March 14, 2020. That was five days after the first case of COVID-19 was reported in Louisiana, and it would be over a year before the middle school students — who wrote, acted in and helped to shoot the movies —  would be able to show off the products of their hard work.

Out of the glare of the May morning sun, in the cool Prytania Theatre, Stephanie Knapp, an Audubon parent and teacher who led Audubon Charter students through the process of making movies together, took the stage. The students and their supporters — parents, family and friends — were masked and spread out in the theater, with alternating rows taped off to allow for sufficient social distancing.

Knapp told the audience that she had kept the notes she wrote up in anticipation of the 2020 show. She read the notes the night before the May 2021 debut of the films. She said that back in 2020, she wanted to tell the students “what an exercise in resilience and patience,” the filmmaking was.

Those words were truer still in 2021. 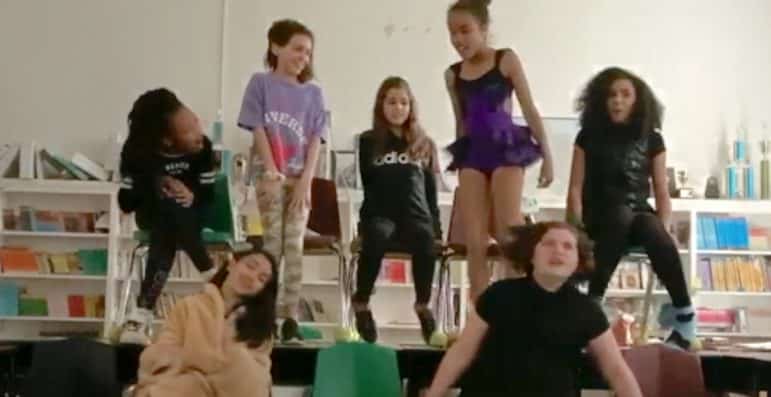 When asked how the students reacted to the news that they would finally be able to show off their films, Knapp said: “In a word: relief! We all know the kids have been through the hardest year, filled with unforeseen challenge upon challenge in ways that it’s hard for us as adults to process.”

She said that the students, in grades four through eight, were involved “marrow to freckles” in the filming process. The festival featured 12 films.

The films themselves were mini-delights, each under 10 minutes and filled with unrestricted creativity. The true wonder of seeing young people create works of art such as the films on display on Saturday is that they are free from convention and pressures to conform to the film industry’s norms — meaning the viewer truly does not know what the narrative structure will be, or how the story will end. 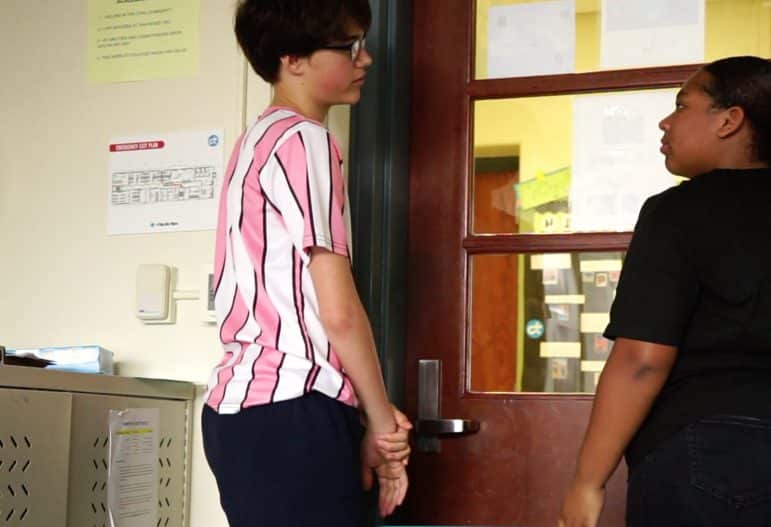 A scene from “Locked,” starring Douglas Here and Zara Scott-Porter.

In one film, “Our Jaguar Friend,” the filmmakers narrate two children’s adventures in the forest. In another, “Locked,” two students who couldn’t be more different get to know one another.

In “Phone Phights,” high drama abounds in the classroom, and in “Wish Upon A Star” a group of kids remain trapped in a school until a star frees them to pursue their dreams. In “Broken Time,”  an unfortunate time traveler gets stuck in 2020 — a chilling prospect indeed.

In many of the movies, the students from the other films served as extras in their classmates’ projects. Many of the credit sequences thanked their parents, and one thanked another student “for use of their locker.”

“I saw these kids who were initially thinking only about acting really harness their strengths in various production stages. We used the word ‘team.’ A lot. But the acting itself had surprises too,” said Knapp, adding that the students used their improvisational skills as well as detailed character sketches to make the films work.

“Art doesn’t rot,” she told the audience Saturday. Instead, it can sustain you. 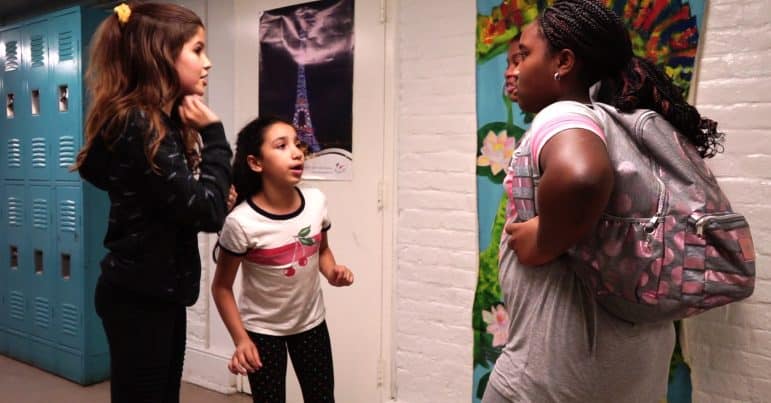