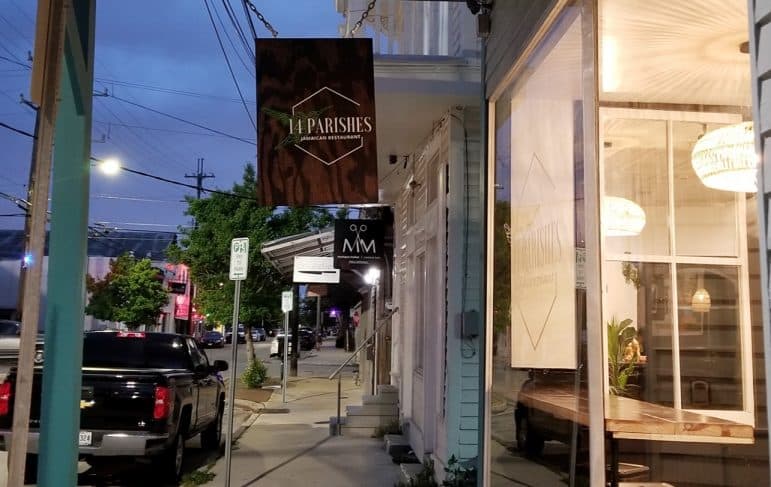 14 Parishes Jamaican Restaurant is settling nicely into its latest location at 8227 Oak St.

Chef Charles Blake and Lauren Johnson Blake, a husband-and-wife team, have been serving up traditional Jamaican food out of the Pythian Market on Loyola Avenue since May 2018. While that location caters mostly to a lunch crowd, the Oak Street location is hoping to find its way into New Orleanians’ dinner plans.

Charles, who hails from Spanish Town, Jamaica, has a passion for food and has been cooking his entire life. He and Lauren, a New Orleans native, met in Atlanta, where she also fell in love with his cooking. 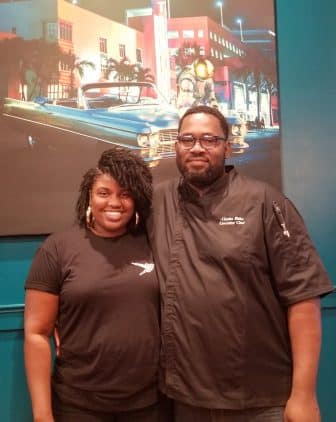 What started as a homespun business became an idea for a food truck that blossomed into a full restaurant, named for Jamaica’s 14 parishes.

In 2016, Charles and Lauren opened their original restaurant on Clio Street in Central City. However, after two years, the couple closed that location.

“We liked it there, but the kitchen was too small,” Charles Blake said. “It was a box. It was getting to the point that our tickets were taking too long — and we couldn’t have that.”

The move to Pythian Market proved to be a good one. “We get a great crowd at lunch,” Lauren Johnson Blake said. “We do really well over there.”

The couple was interested in opening a second location, and it took about two years to find the perfect place. Lauren always kept an eye on local real estate, but wasn’t actively looking to open a second restaurant on Oak Street until she noticed that a large chunk of the area was available.

She liked the look of the building that formerly housed pizza franchise Mellow Mushroom. “I couldn’t believe the building was available. So I called the real estate agent, and it all happened pretty quickly,” she said. ”She got back to us right away and we signed the lease immediately.” 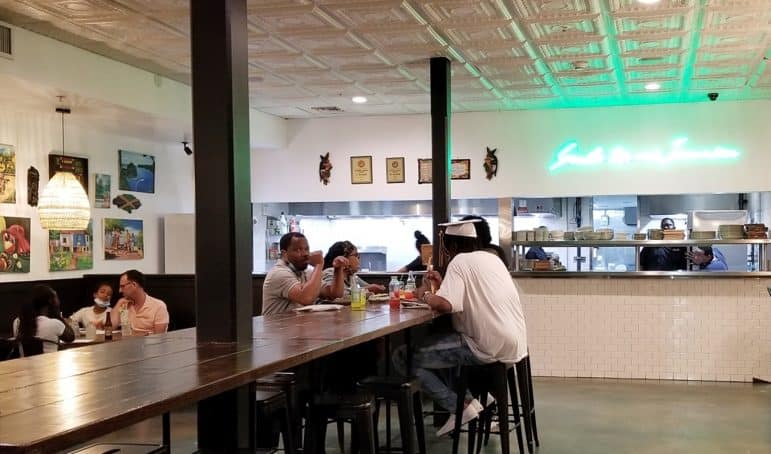 14 Parishes is currently open for dinner Tuesday through Saturday.

The new location is a large space with vibrant art on the walls, an open kitchen and plenty of seating. The bar area is gorgeous, and rum drinks are the specialty item here.

The tropical Coconut Mojito is made with cream of coconut, fresh lime juice and mint leaves, club soda and coconut rum. The bar also offers a classic Rum Punch made with pineapple and orange juice, cherry syrup and white and dark rum.

There’s a row of taps on the back wall, with plans to serve draft beer. For now, 14 Parishes offers a selection of bottled beer including Red Stripe, Stella Artois and Corona.

You can’t go wrong with anything on the menu. Specialties include a whole red snapper served with brown stew or escovitch. Lauren tells me that this is one of her favorite menu items. 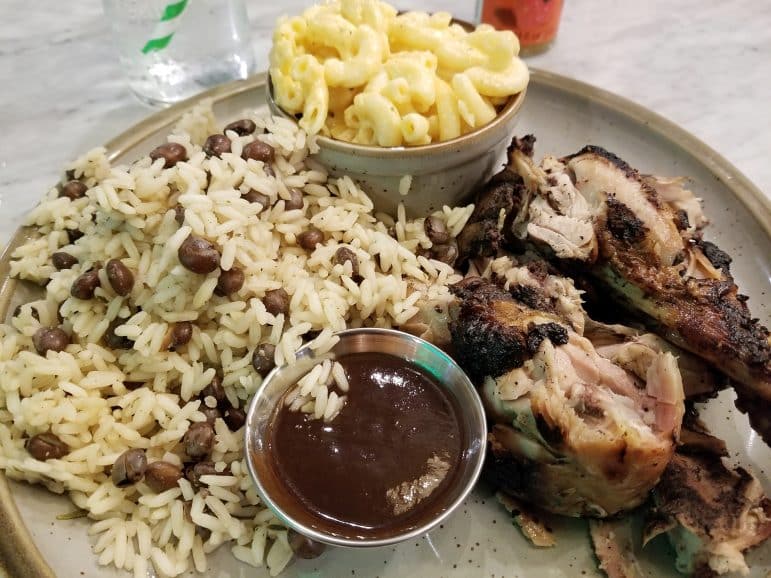 The jerk chicken with two sides, rice and peas plus mac and cheese

Charles recommends the jerk chicken, rice and peas, and the fried dough festival, which is similar to a beignet.

The Oak Street restaurant has only been open about two weeks, but the word seems to be out — when I visited, there was a nice dinner crowd.

Current hours are Tuesday through Saturday, 5 to 9 p.m. The couple plans to eventually extend 14 Parishes’ hours and offer lunch and Sunday brunch. The new spot also boasts a large upstairs that can be rented for private events.

Next time, I’m going to bring even more of an appetite, so that I can dig into the whole snapper and brown stew that Lauren described.