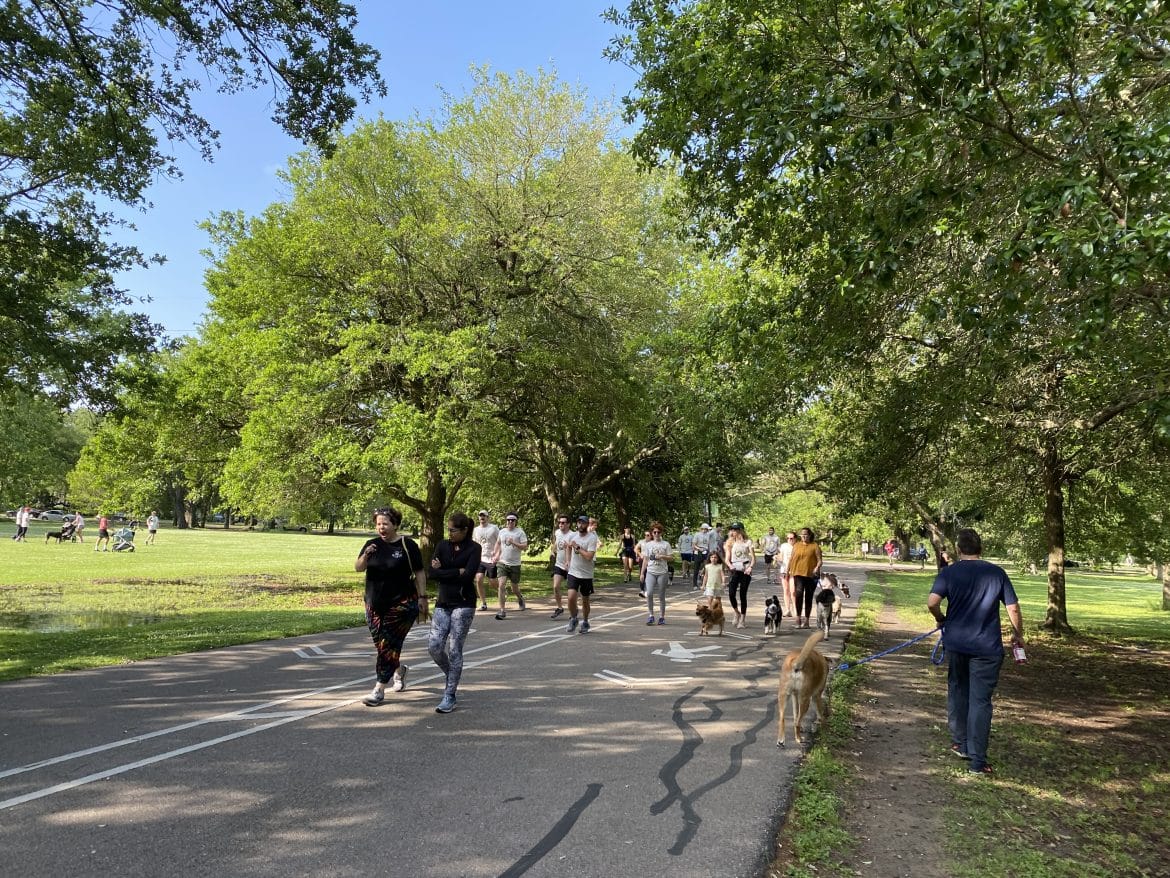 Members of the NOLA Running Anoles take off in Audubon Park on April 11.

Just before 9 a.m. on Sunday (April 11), a group of about 40 people gathered in one of Audubon Park’s fields near Magazine Street. Most of the group were in their 20s or 30s, but ages ranged from 4 up to 72. Some had a dog in tow.

They are The NOLA Running Anoles, and they can now prove it. The president of the 7-month-old running club, Doug Crochet, distributed T-shirts to the members as they showed up that morning, and they were eager to change into their new shirts designed by local artist Alex Beard.

Named for the arboreal green and brown lizards scattered all over the southeastern United States, the group of runners and walkers formed during the pandemic and now meets monthly in Audubon Park to run laps, exercise their dogs, and socialize with donuts and beer.

At 9:05 a.m., Crochet gathered The Anoles together on the field, welcomed everyone, introduced newcomers, gave a brief itinerary and then pointed out pace-leaders for the walks and runs that were soon to follow. 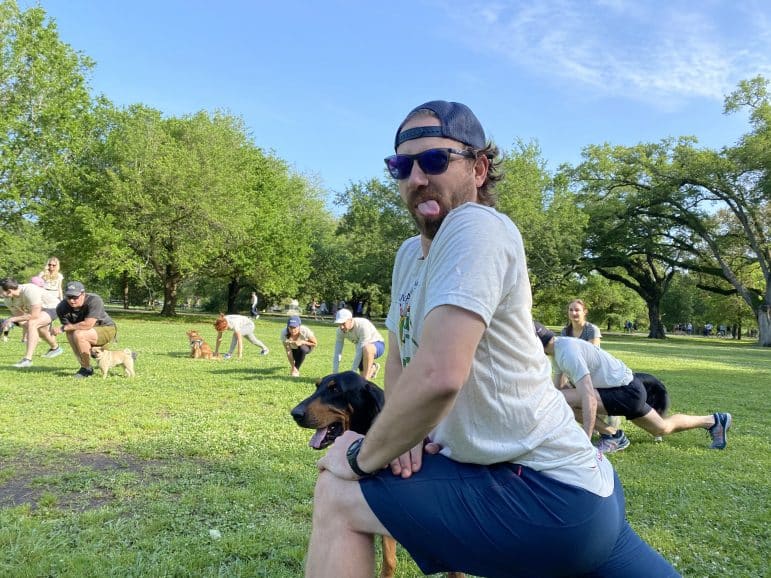 Next, local yoga instructor Julia Accetta from Free to Be Power Yoga led the group, now in a large circle formation, in yoga, stretches and calisthenics to warm everyone up for their imminent walk or run.

Minutes later the group took off along the paved path en masse. Some participants walked their dogs for a full 2-mile lap of the park while others briskly raced several laps to complete a 10K run. Plenty more people jogged a casual pace at a distance somewhere in between.

By 9:45 a.m. most participants were done with their workout and ready to socialize back at the starting point. Accetta led a quick cool-down stretch, followed by a laid-back hang.  Beers and hard seltzers were cracked, donuts were consumed and frisbees tossed. 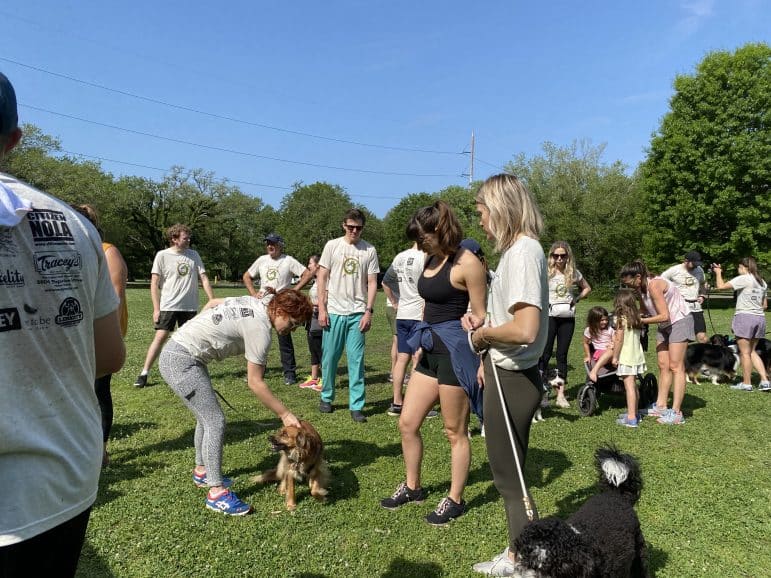 Anoles gather after the run to socialize.

The NOLA Running Anoles meets next on May 16. For information, check out @nolarunninganoles on Instagram or email Crochet at Douglas.Crochet@gmail.com.