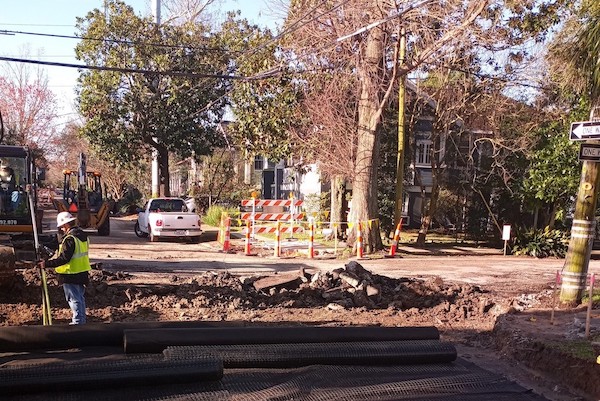 Roadwork continues on the Audubon project in February.

Lane closure signs are in place and residents are reminded to use caution when driving, bicycling and walking near the construction sites.

Freret: Boh Bros Construction Co. temporarily closed the 6000 block of Freret Street  to complete waterline installations and paving as a part of the FEMA-funded Audubon Group A project.

Both east and westbound traffic will be detoured via Palmer Avenue, South Robertson Street and State Street. Detour signage is placed in both directions.

Access to homes in the 6000 block of Freret Street will be maintained and the city’s Enforcement Office has relaxed parking restrictions for residents.

New Orleans Regional Transit Authority busses will follow the road detour during the time of the closure.

The entire project is anticipated to be wrapped up in the summer. 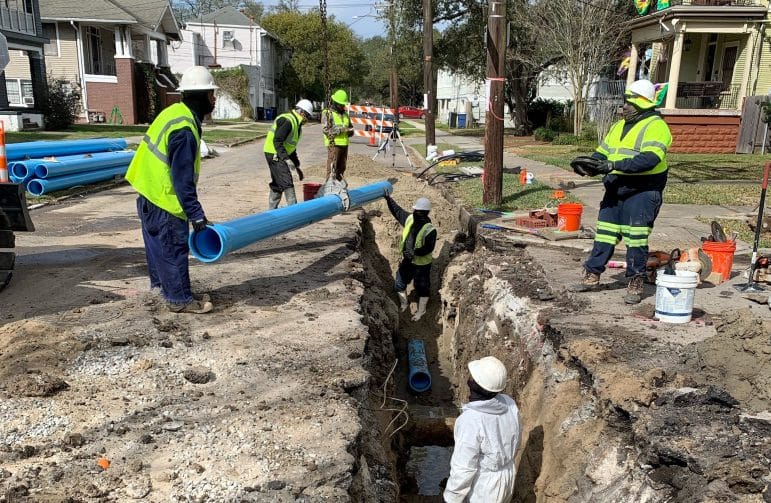 A crew replaces a waterline in February as part of the Marlyville-Fountainebleau project.

The closure will be in effect from 7 a.m. on April 5 through 5:30 p.m. on Monday, May 10. During this time, street parking and/or driveway access will be impacted. Residents and visitors must adhere to any “No Parking” signs on the streets to avoid being ticketed and towed.

Questions about these projects or Roadwork NOLA should be directed to 504-658-ROAD (7623) or roadwork@nola.gov.

One thought on “Traffic advisory: Sections of Freret and Broadway to close for roadwork projects”