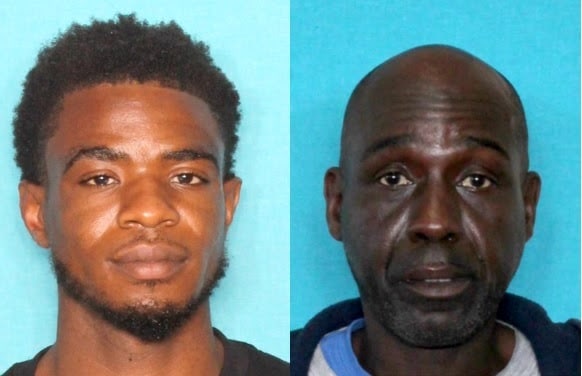 The NOPD has arrested Edward Bradford-Allen, 33, and Dametrius James, 51, in the investigation of a shooting on Feb. 5 in the 2700 block of South Derbigny Street.

In that incident, a 26-year-old man was shot in the chest at close range while he inside a vehicle. Medical responders took him to a local hospital for treatment.

Through investigation, NOPD Sixth District detectives were able to identify a suspect vehicle and a possible suspect, later identified as Bradford-Allen.

On March 25, Sixth District detectives located Bradford-Allen. During questioning, Bradford-Allen allegedly confessed to his part in the incident. Allen was arrested and charged with principal to attempted first degree murder and principal to armed robbery with a firearm.

The magistrate judge found no cause for the murder and armed robbery charges but did find cause for criminal conspiracy and accessory after the fact, Sheriff’s Office records show. His bond set at $21,000, and he was no longer jailed on April 8.

As the investigation progressed, detectives identified Dametrius James as a suspect in the shooting. A warrant for James’ arrest was obtained and, on April 6, the NOPD Violent Offender Warrant Squad and the U.S. Marshalls located and arrested James.

He was booked into the Orleans Parish Justice Center for one count each of armed robbery with a firearm and attempted first degree murder.

Anyone with additional information on this incident is asked to contact NOPD Sixth District detectives at 504-658-6060.