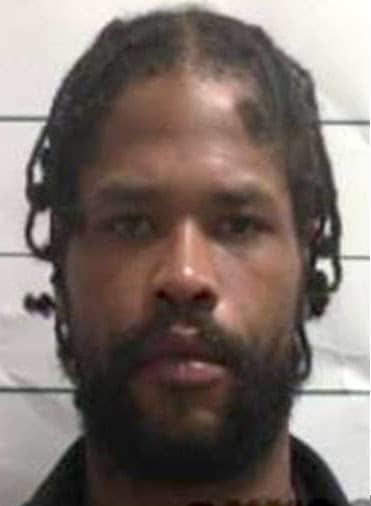 The New Orleans Police Department is seeking a man identified as a person of interest for questioning in the investigation of a homicide on Sept. 9 in the 1300 block of South Saratoga Street.

Gene T. Harris, 33, has been developed as a person of interest in the shooting death of 19-year-old Gerren Green.

Green was found dead of a gunshot wound on South Saratoga and Thalia Street in Central City.

Harris is not currently wanted on criminal charges regarding this incident. NOPD Homicide Unit detectives believe he has knowledge of information vital to this investigation and wish to question him. Additionally, a DNA buccal swab warrant has been issued for Harris in the homicide investigation.

Anyone with additional information on this incident or on Harris’ whereabouts is asked to contact NOPD Homicide Unit detectives at 504-658-5300 or call anonymously to Crimestoppers of Greater New Orleans at 504-822-1111 or toll-free 1-877-903-STOP.