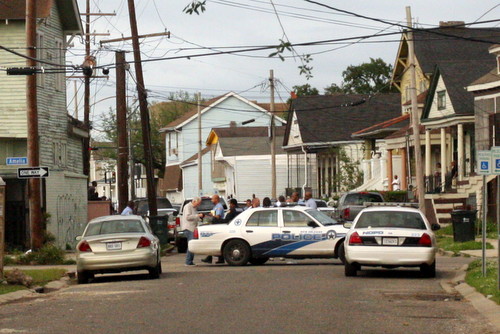 The New Orleans Police Department reported that two people were injured in shootings, two cars were stolen and three people were robbed on Uptown streets during the holiday weekend from Thursday through Sunday.

On Easter (April 4), a teenager was injured in a shooting in the St. Thomas area. At about 10 p.m., he was shot in the foot in the 700 block of St. Mary Street, near Boettner Park, police said.

The victim, a 16-year-old male, was taken to a local hospital via private conveyance. The NOPD confirmed the incident as an aggravated battery by shooting at 12:13 a.m. on April 5.

Early in the morning on Sunday, at about 1:10 a.m., three juveniles in the 2100 block of St. Charles Avenue, near Jackson Avenue, took a 41-year-old man’s wallet and fled.

He was in the 2600 block of South Claiborne Avenue when he saw two men in a dark vehicle pull up next to his car. One man got out and entered his vehicle.

When the victim walked over to his car, the second man got out of the dark vehicle with a gun in his hand. The men fled in both vehicles.

At about 12:40 p.m., the women, both 33, were retrieving items from the trunk when two men approached from behind and demanded the car keys. The victims complied, and the men fled in victim’s vehicle.

A woman was injured in a Gert Town shooting on Thursday (April 1). She was shot in the abdomen during an argument in the 4100 block of Erato Street at about 3:25 p.m.

The shooter stole from her before fleeing, police said. She was taken to a hospital for treatment.

At about 1 a.m. on Thursday, a 51-year-old man was robbed on St. Charles Avenue and Louisiana Avenue.

A group of male assailants — police said there were two or three — attacked him and stole his wallet and identification card. The victim required medical treatment was taken to a hospital via private conveyance.

Further details were not immediately available. Anyone with information is urged to call  Crimestoppers at 504-822-1111 to leave an anonymous tip that could be eligible for a cash reward.