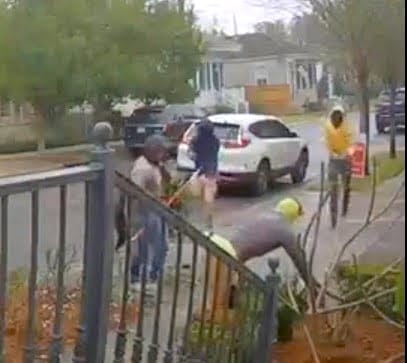 New Orleans police are requesting assistance in locating and identifying two male suspects in the investigation of an armed robbery on Feb. 10 in the 400 block of Eleonore Street.

A landscaping crew was working in front of a home on Eleonore. At 1:13 p.m., a white Honda CRV with a temporary license tag arrived at the location.

About four minutes later, two men exited the Honda with their guns drawn and took the three workers’ wallets before fleeing the scene.

Surveillance video involved in this investigation can be viewed here.

Anyone with additional information on this incident is asked to contact NOPD Second District detectives at 504-658-6020 or call anonymously to Crimestoppers of Greater New Orleans at 504-822-1111.