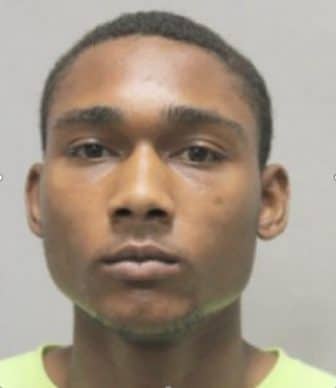 The NOPD’s Violent Offender Warrant Squad and the U.S. Marshals arrested Eric J. Tyler, 21, on March 11 on multiple criminal arrest warrants, including for a shooting on Feb. 5 in the 3300 block of South Saratoga Street.

In the Feb. 5 incident, a 48-year-old man was hit in the right thigh with a bullet shot from a white BMW sedan. Detectives subsequently obtained a warrant for Tyler’s arrest for principal to aggravated battery by shooting.

Tyler was located by NOPD and U.S. Marshals at an Uptown residence in the Sixth District. Upon execution of a search warrant, NOPD Sixth District detectives, Tyler was found to be in possession of crack cocaine after being arrested.

It was learned that Tyler had multiple additional warrants out for his arrest for felonies and domestic violence incidents. These include charges of aggravated domestic assault, battery of a pregnant domestic partner, aggravated burglary, burglary of an inhabited dwelling and aggravated assault with a firearm.

Tyler was arrested and booked into the Orleans Parish Justice Center.

Anyone with additional information on any of these incidents is asked to contact NOPD Sixth District detectives at 504-658-6060.

One thought on “NOPD arrests suspect in Central City shooting, other incidents”