In a city known for its architecture, culture and history — and the use of these treasured elements in tourism promotion — it can be a surprise when they are neglected by the city that originated or inspired them.

While the Louisiana Landmarks Society can’t solve all of the problems, for the past 71 years, the group has shone a light on at-risk historic buildings and other structures, such as tombs, in danger of falling down and being demolished by neglect and on neighborhoods that are at risk of being permanently altered by destructive new developments.

In 2005, the organization annually began a program naming “New Orleans Nine Most Endangered Sites” to bring awareness to the issues these programs or historic structures face.

There are success stories, such as the St. Roch Market, Orpheum Theater, St. Francis de Sales Church, the World Trade Center and Myrtles Banks Elementary. Other times, not so much. The 2020 list, for example, includes two repeats: Holy Cross School, from 2018, and the Buddy Bolden house, from 2011.

For 2020 the nine endangered sites are:
• Buddy Bolden’s house, owned by Greater St. Stephen Ministries, a nonprofit controlled by the Rev. Debra Morton and Bishop Paul Morton. Their son, musician PJ Morton of Maroon 5, runs a foundation that has claimed it will restore the historic Central City shotgun.
• French Benevolent Society Tomb in the city-owned Lafayette Cemetery No. 2,
• Three surviving buildings of B.W Cooper housing complex, managed by HANO,
• St. Alphonsus Church Arts and Cultural Center, owned by the Redemptorists,
• 1860s cottage on St. Andrew Street, owned by a woman in Texas,
• University area housing, a.k.a. “Doubles to Dorms,”
• The former Holy Cross School in the Lower 9th Ward, owned by Perez APC, an architecture firm, which was going to redevelop it,
• French Quarter residential streets,
• Safety and Permits code enforcement.

In this series, the Uptown Messenger will update the status of the six sites located Uptown. The first is on the remaining buildings from the former B.W. Cooper public housing development. 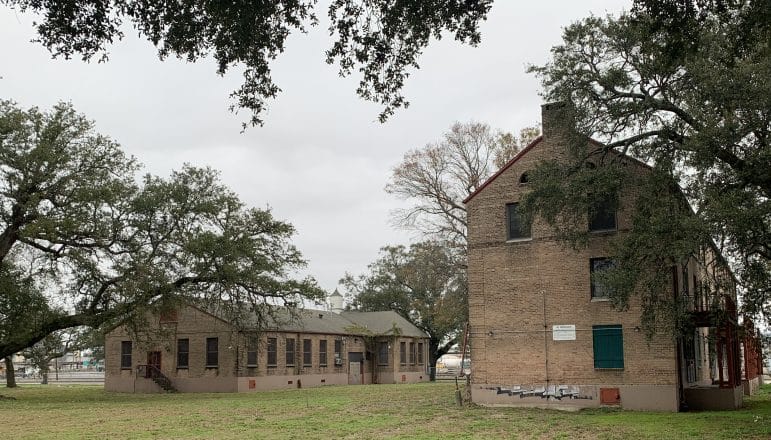 As cars whiz by on Earhart Boulevard, three brick buildings — two facing the road, one across an expanse of land — look ready for their renovation moment.

The next step to making it happen has taken place.

The buildings in question — the last three left from the B.W. Cooper Housing Project — are only a few left of the housing projects built in the early 20th century in New Orleans, and are now on the Louisiana Landmarks Society 2020 list as one of the “New Orleans Nine Most Endangered Sites.”

On Oct. 27, 2020, the Housing Authority of New Orleans’ Board of Commissioners approved the start of negotiations with Columbia/Providence Community Partners to develop the 5.5 acres that remain of the project. The company was one of the six that applied to the HANO’s RFQ (Request for Qualifications) issued March 30, 2020.

The RFQ said the developer must have the ability to “design and implement a plan for mixed-income rental housing, and, if feasible, a mixed-use development that will provide a financial return to HANO.”

There is also a Memorandum of Agreement between HANO and the State Historic Preservation Office that would govern rehabilitation of the three buildings remaining on the site, with the expectation that there is still asbestos that has not yet been remediated.

Originally named the Calliope Projects, it was the fourth of six public housing developments built in New Orleans from 1939 to 1941.

The projects were part of the federal government’s efforts to tackle the lack of affordable housing. On Sept. 1, 1937, President Franklin D. Roosevelt signed the U.S. Housing Act (the Wagner-Steagall Act). The purpose of the law: “To provide financial assistance to [state and local governments] for the elimination of unsafe and unsanitary housing conditions, for the eradication of slums, for the provision of decent, safe, and sanitary dwellings for families of low income, and for the reduction of unemployment and the stimulation of business activity, to create a United States Housing Authority, and for other purposes.”

The construction of the Calliope housing complex “addressed two major issues of the era: the housing reform movement (i.e., urban “slum clearance”) and the reemployment of portions of the labor force,” states the Library of Congress listing on the Calliope.

There were commercial buildings and houses already on the land, and nearly $2.5 million covered demolition of existing buildings, construction, plumbing, heating, electrical work and site improvement, according to the Living New Deal website.

The George A. Fuller Company was awarded the contract for construction of the 690 apartment units, which were built as a traditional New Orleans style townhouse in brick with metal balconies and porch columns and railings. Rent for a one bedroom in 1941 was $8.25 a month; three bedrooms went for $22 a month.

In 1981, the projects were renamed in honor of B.W. Cooper, who had worked at HANO for 33 years. Among those who at one point lived in the projects include musicians Willie Tee, Master P, Juvenile and Turk and actor Harold Sylvester.

Crime slowly took a hold of the projects: Eighty-eight people were killed there between 1993 and 2004. After Hurricane Katrina in 2005, most of the buildings were closed and soon scheduled for demolition, along with the city’s other housing projects damaged in the storm. With so many residents displaced, there was a renewed focus citywide on housing rights. 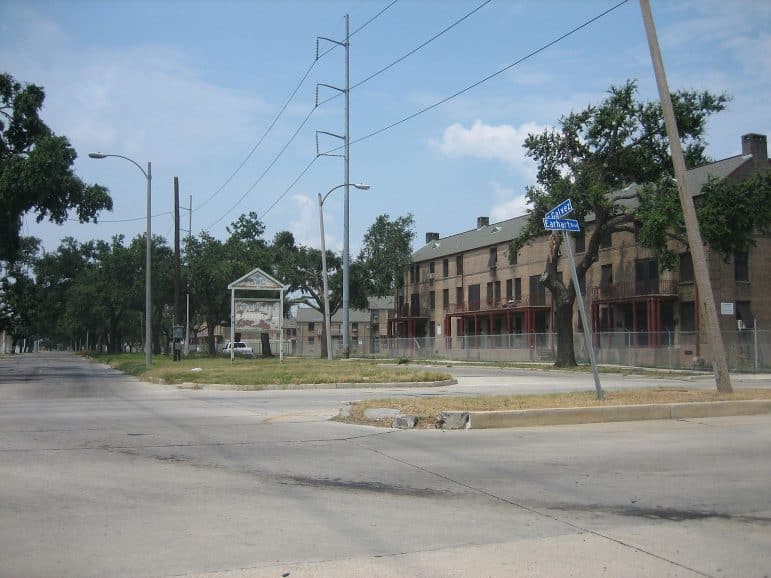 Part of the B.W. Cooper development, seen from corner of Earhart and Galvez in June 2006.

This did not come without some controversy and fights by residents to save their buildings and to have a say in how they were rebuilt and who the residents would be.

The redevelopment proceeded; the design was like that used for the St. Thomas development, now called River Garden, of demolish-rebuild, mixed-income development.

B.W. Cooper’s new housing hit some bumps in the road by losing two investors and funding. This turned around and construction began in 2012 in part of the Cooper footprint, with the area now known as Marrero Commons, named in honor of Yvonne Marrero, a community activist and former president of Cooper Resident Management Corp.

Two things made this development different than those of the other projects: Developers hired more Cooper residents to help build the apartments, and there was a planned effort to have original residents live in the new buildings.

Now in 2021, the three remaining buildings and the acres are ready for new housing, and for B.W. Cooper residents to return.