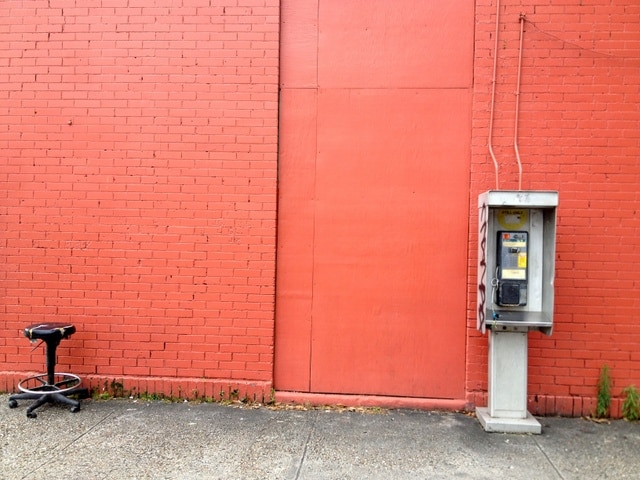 A broken pay phone on a New Orleans street in April 2013.

Central City resident Michael Burnside has been walking New Orleans neighborhoods counting abandoned pay phone kiosks. He developed a list of 77 addresses that he turned over to City Hall. And this week the city began removing those kiosks, in batches of 10, starting in Central City.

Anyone harboring nostalgia for 20th century communications devices can purchase the retired apparatus at public auctions. The first 10 removed from the Central City neighborhood will be available during the April public auction.

“Clearly the city had permitted the pay phones at one time, but research showed these are now abandoned by the owner, therefore allowing for the removal,” City Council President Helena Moreno said in a press release. “Picking up these disconnected pay phones is just one small way to show respect for our neighborhoods and make progress toward more inviting public spaces.”

Although many of the pay phones were removed after cellphones rendered them obsolete, kiosks have remained in the public right-of-way, often becoming magnets for graffiti and trash.

As part of the approximately $60,000 removal process, the contractor will restore the damaged concrete sidewalk panels on which the majority of the kiosks rest.

“This is a small project in dollars, but substantial in terms of the impact to people’s everyday lives,” said Deputy Chief Administrative Officer Ramsey Green. “Removing these outdated kiosks is a big quality-of-life win for residents who live in these neighborhoods.”

A list of the known locations of the abandoned kiosks is available here. Residents who wish to report additional locations of abandoned pay phone kiosks are asked to call 311. But don’t try calling on the old pay phone — you’ll just waste your quarter.