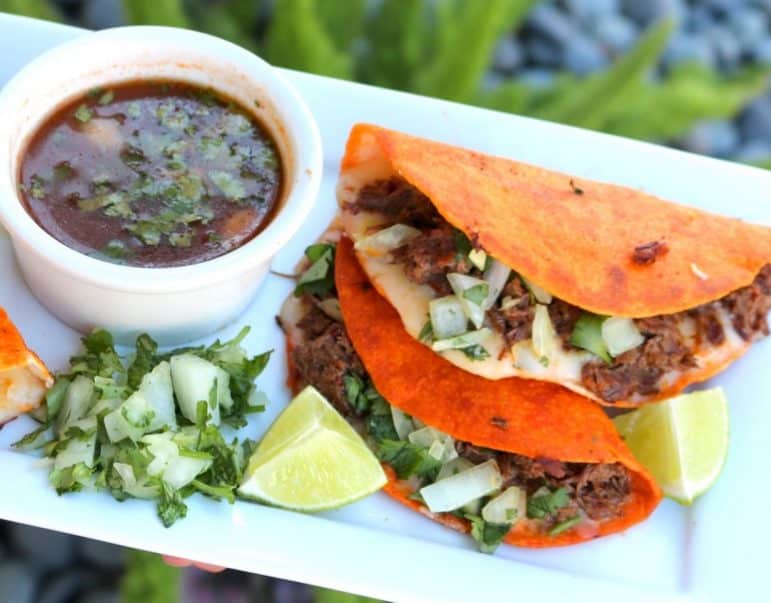 The birria de res with a side of consomé for dipping

Who doesn’t love a good secret?

Last year, the local internet seemed to be alight with talk of birria tacos — tacos traditionally made with lamb, goat or beef stewed in a pepper marinade, creating a paste.

The meat sits in the marinade overnight, and is then served in a corn tortilla (although Secret Birria uses flour tortillas) and dipped in its own juices. Last year, the dish was made popular locally by chef Will Avelar at Mawi Tortillas in Metairie. 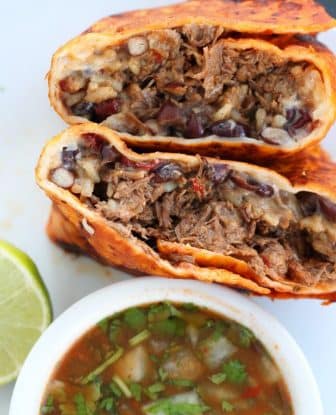 Secret Birria — which comes complete with a secret owner, who is present at the restaurant but prefers the food to speak for itself — is serving up the tasty Mexican dish in an unassuming building at 323 Octavia St., near Jefferson Avenue and Tchoupitoulas Street in the West Riverside neighborhood.

“He liked the idea of food trucks out in Los Angeles that serve food like this,” Caluda said. “When he was in Mexico, he tried birria and he wanted to do something with birria here.”

The menu is simple but intriguing, especially to those uninitiated into the world of birria. The star of the show is the birria tacos or birria de res ($12 per 3), which is birria beef slow cooked for over five hours in house-made consomé, topped with mozzarella, fresh onion and cilantro, and served on a flour tortilla with a side of consomé (Mexican au jus) for dipping. 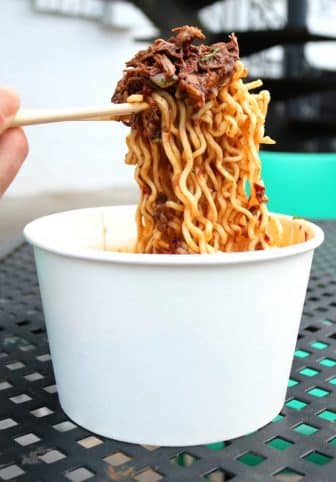 The restaurant also offers a birriarito ($8), which is birria beef, rice, beans, pepper sauce, creamy white queso, fresh onion and cilantro, served with a side of consomé for dipping.

One dish that got my mouth watering is the birria ramen ($8.75) — a half slow-cooked birria with seasoned consomé-ramen concoction, topped with fresh onion and cilantro.

For those who aren’t a fan of red meat, Secret Birria has fish tacos and a chicken burrito ($8) made with shredded chicken, rice, beans, shredded cabbage tossed in salsa negra, shredded mozzarella, fresh onion and cilantro.

Caluda told me that the Secret Birria’s team is especially proud of their fish tacos ($12 for 3) made with double battered and fried sheepshead, with shredded cabbage tossed in salsa negra and chipotle relish and served on a flour tortilla.

House-fried Cajun cracklins with queso, along with sides such as roasted shishito peppers and rice and beans, round out the menu. 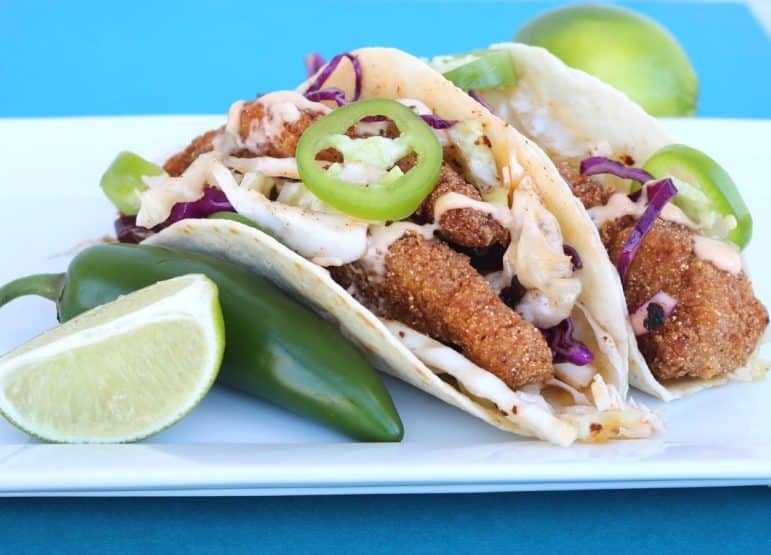 The restaurant is serving mostly via takeout with a few tables outside, for those who want to stick around and dine-in.

Since its opening in November, Caluda said, the birria business has been good.

“People have been coming in, steadily,” he said. “It’s nice being tucked into this neighborhood.” 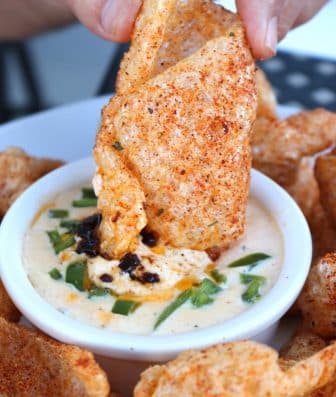