With qualifying for New Orleans municipal races just five months away, New Orleans business leaders are still scrambling to find a candidate they consider suitable to challenge Mayor LaToya Cantrell. District 93 state Rep. Royce Duplessis recently rose to the top of that list after a poll showed he would be viable in the race.

Duplessis distanced himself from the poll and denied any current mayoral ambitions when asked about it Wednesday (Feb. 17), stating that, while he may be considering his future options, “challenging the incumbent mayor is not one of them.”

Duplessis is one of the few elected officials who supported the election of DA Jason Williams, who is one of Duplessis’ closest allies. Business Council Chairman Henry Coaxum and Executive Director Coleman Ridley are both Williams’ donors along with HRI’s Pres Kabacoff.

It’s no secret that many members of the business community are disappointed in Cantrell’s style and decision-making process. Former Judge Michael Bagneris was clearly their first choice four years ago. When Bagneris failed to make the runoff, Cantrell became their favored candidate. 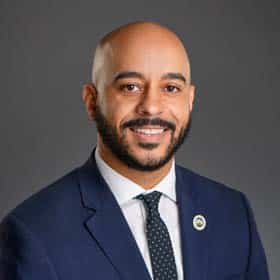 Though he has not been tested in a city-wide race, Duplessis is the kind of political leader that could be attractive to a cross-section of voters.  Already representing the French Quarter, the CBD and the Garden District, Duplessis probably already understands many of the issues business owners – including tourism officials — consider important. He would be a good choice to prioritize their interests.

Young and ambitious, Duplessis has been slowly making a name for himself. He first appeared on the scene as the likable chief of staff to then City Councilman James Carter. Duplessis left City Hall to attend Howard University School of Law, interned at the Environmental Protection Agency and clerked for a superior court judge in Washington, D.C.

After returning to Louisiana, he became special counsel at the Louisiana Supreme and focused in part on criminal justice. Duplessis was serving as chairman of the City Planning Commission when Helena Moreno vacated the District 93 seat to join the New Orleans City Council.

Duplessis was endorsed by most political organizations and elected officials and easily won the special election to replace Moreno in March 2018. He was re-elected without opposition in October 2019. Though Duplessis is just completing his third year at the Louisiana Legislature, he is well-liked by his colleagues on both sides of the aisle and has been particularly active on education issues. Some critics feel that Duplessis hasn’t accomplished enough in Baton Rouge yet to be considering a run for a higher office.

“Any incumbent elected official can be beaten with the right message and the right backstory,” said one political consultant. Duplessis’ backstory is ripe for television. He was a bricklayer’s assistant during the summers while in high school and bussed tables at Mandina’s Restaurant to pay for college. He’s the son of a public school teacher who worked with special needs children, the grandson of small grocery store owners, and the supportive husband and father to a growing family. 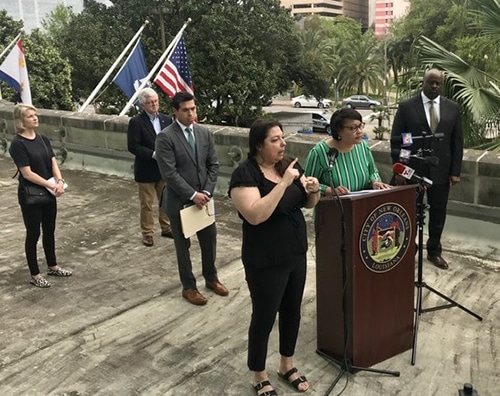 Whether Duplessis or another mainstream candidate faces off against Cantrell, the smart opponent will focus the campaign on Cantrell’s accomplishments or lack thereof. Voters will be asked to decide which candidate can best lead them into an uncertain post-COVID future.

“The opponent can’t say that he or she will do a better job than Cantrell, but will do it differently,” one former elected official said. “Mayor Cantrell got elected four years ago because she displayed an attitude that was attractive to Black voters. But that attitude hasn’t translated to jobs and safe streets. People want results. They aren’t in the mood for more song and dance and cute pictures on social media.”

In between trying to manage the city’s COVID response and deal with ongoing budget issues, Cantrell has moved into campaign mode. Her non-COVID public appearances are increasing. New initiatives are being announced. On her upcoming campaign finance report, Cantrell will be reporting $360,000 cash on hand and has also raised $77,000 since Jan. 1.  In addition, the Mayor’s nonprofit, Forward Together New Orleans, has raised $2.25 million for COVID relief efforts. Soliciting dollars to provide COVID relief has been her main fundraising focus, according to a campaign spokesperson.

Some believe Cantrell should have more campaign money in the bank. “Most incumbent mayors would have collected more than $1 million going into the election cycle. People who do business with the city have to give regardless of the economy. It seems like some prospective donors could be holding back,” said one official. “After all, state Sen. Troy Carter raised more than $400,000 in one month and state Sen. Karen Carter Peterson took in $300,000 during the same period. An incumbent mayor should be able to raise the same amount as a congressional candidate.”

The amount of money Cantrell will need to win re-election depends in large part as to who qualifies against her. Duplessis is not the first potential candidate the business community approached, and will not be the last. While Duplessis still has time to change his mind, conventional wisdom says that New Orleans incumbent mayors always get re-elected.

ON THE CAMPAIGN TRAIL IN SECOND CONGRESSIONAL DISTRICT

Both Karen Carter Peterson and Troy Carter have moved their battle to the airwaves with new commercials. It’s not just what candidates say but how they look. Carter Peterson’s team did a great job of casting their client in the best light.

Candidate Desiree Ontiveros is seeking donations to fund a television commercial. Gary Chambers is hawking campaign gear as a way to raise money. Several varieties of sweatshirts and T-shirts are available for purchase on his website.

Next on the endorsement scene, the New Orleans Coalition will hold a forum tonight via zoom.  Timothy David Ray is the organization’s new president.