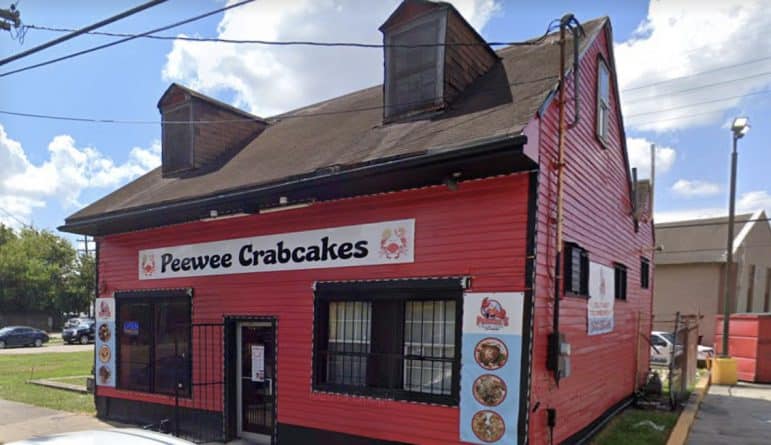 It’s been a busy year for Charles “Pee Wee” Armstrong. I first met Armstrong last January at his restaurant on Martin Luther King Jr. Boulevard. Peewee’s Crabcakes on the Go was a small location that served delicious crab cakes and other seafood dishes out of a to-go window. The operation was successful, slinging lunch and dinner five days a week.

Armstrong, who started cooking professionally when he was 16, first opened Peewee’s Crabcaketes on the Go in 2018 inside On Faith Donuts, a donut shop run by his brother.

When On Faith Donuts closed, Armstrong saw the opportunity to expand his business into a full take-out operation. He renovated the building and painted it in what has become his signature red. When the pandemic hit, the restaurant continued to do well due to its “good food on the go” concept. 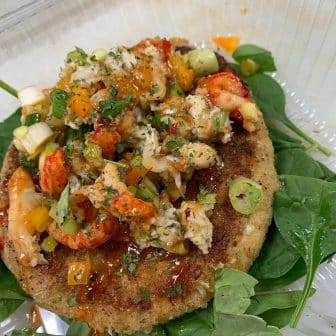 Armstrong knew that in order to stand out in New Orleans, he would have to offer something a little different. This is how he came up with the idea to offer crab cakes that are made with 98% crab meat.

“New Orleans has great food and I want crab cakes to be my thing,” he said. “I want to stand out.”

Armstrong attended Chef’s Table Culinary Academy, then cooked at Copeland’s for eight years and began teaching others to cook. Throughout those years, owning his own restaurant was Armstrong’s dream.

In September, he realized a dream of opening a sit-down restaurant with the Peewee’s Crabcakes at 4500 Old Gentilly Road.

The spirit of the Central City location is alive and well in Gentilly, even if the digs are a little bigger. Like the original location, this spot offers food to-go, but also has tables for dining in. “I wanted to expand and give people a place to sit and eat,” he said.

Armstrong seeks out areas, like Central City, where he feels his food is needed. He chose Gentilly because he thought he could bring something unique to the food scene in the area. 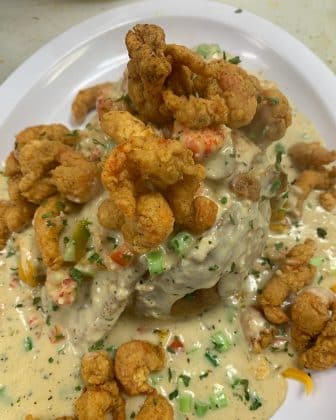 “Gentilly has a lot of take-out food options and I wanted to add good New Orleans food to that,” he said. “People have been great and have really accepted us. It’s been a blessing,”

Because of the success he’s seen at the sit-down restaurant in Gentilly, Armstrong has even bigger plans going forward, including a location in New Orleans East.

“I’m going to be opening another location in New Orleans East in May. It’s going to take-out and dine-in, but there will also be a grab-and-go option. People will be able to come in and grab what they need and take it with them.”

Armstrong also has plans to open two more locations, one in Kenner and another in Baton Rouge, by the end of the year. He hopes to go where people need him and give locals jobs, while he serves up good food.

Most importantly, Armstrong wants to be an example to his kids and show them that they can achieve anything if they work for it.

“I don’t take any of it for granted,” he said. “We can feed everyone — we have the spirit of New Orleans.”