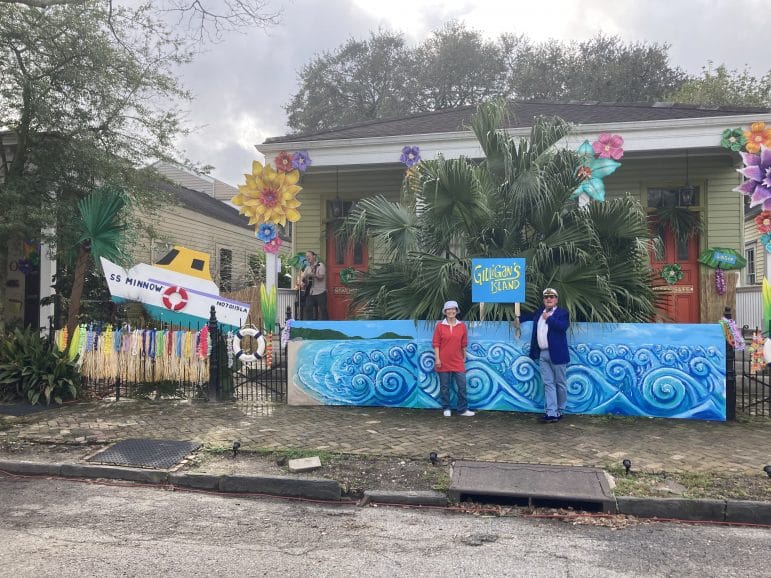 Co-captain Lindsay Grissom came up with the theme. “We hope that it gives everyone the creative room to decorate however they want, since there are so many TV options out there,” Grissom said. “People are also free to decorate without using that theme — we’re just hoping for some Mardi Gras spirit in the Channel.”

Her co-captain Autumn Town got involved in this project when Admiral Megan Boudreaux first came up with the idea and was looking for subkrewe captains.

“I’m a crafting nerd, and I really love my neighborhood — and I was really bummed about parades being canceled, so I volunteered,” Town said. “Lindsay volunteered at the same time, so we became co-captains, and it’s been great so far.”

As with all neighborhood subkrewes, the goal is for people to have decorations up in time for Feb. 1, when the map goes live on the KoHF website, so everyone can enjoy decorations through Feb. 16. Already there are fabulous designs up in the neighborhood.

There are additional people who are decorating but don’t want to be on the map or didn’t make the krewe’s sign-up deadline. So revelers are encouraged to look around the neighborhood when they are house-float viewing.

Many clever ideas abound in the Irish Channel. One house has a Christmas theme as the “Hallmark Channel”; there’s a tasty “Maison du Monde”; a “Schitt’s Channel with Rosebud Motel”; “2021 in Jeopardy” (where you can apparently stop by for trivia). 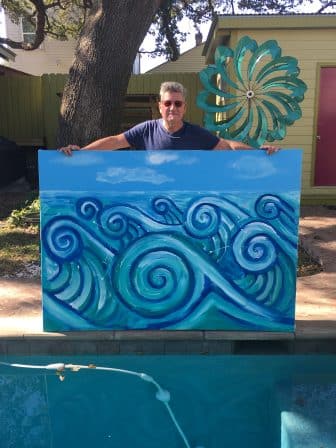 Barbara Newton is one of the more than 100 Irish Channel residents who is creating a house float. “The Irish Channel subkrewe has encouraged participation,” Newton said. “I love that they have welcomed all efforts, whether or not the house decorating fits their theme.

“They’ve responded to the fear of multiple houses potentially choosing the same theme with, basically, ‘The more the merrier. It would be fun to see the different versions,’” she added.

She and her husband, Lee Howard, went through a process of choosing, rejecting and choosing again. They finally settled on the 1960s TV show “Gilligan’s Island.” The popular comedic series featured seven men and women stranded on an uncharted island following a torrential storm.

Their installation is complete with beautiful hand-made flowers, palm trees, a sea wall and the wrecked SS Minnow.

“Gilligan’s Island” is in good hands with Newton and Howard. He spent his career working in the film and TV industry working on sets. She is a jewelry designer and master costume maker, in addition to having an information-technology background.

Like many others creating house floats, they had to deal with the challenges of installation around existing things in the front of their Seventh Street house. Much of the porch is not visible due to a giant palm smack in the middle in front of the house. “So we have concentrated on the house eaves, front fence line and the two-step door entrances,” Howard said. 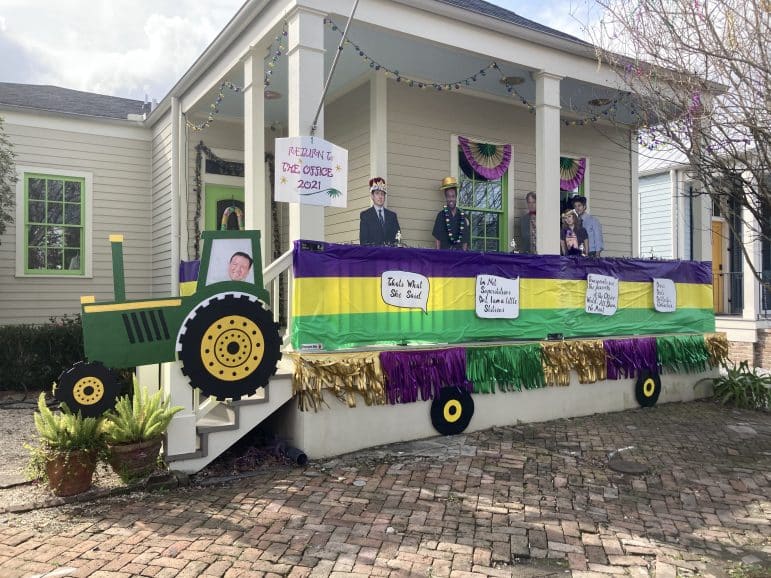 “Return to the Office 2021” on Eighth Street in the Irish Channel.

Around the corner from them on Eighth Street is a fun “Return To The Office 2021” float, being pulled by a tractor. It features funny sayings and clever life-sized cut out figures.

The Irish Channel’s Krewe of House Floats subkrewe is not just doing fun Carnival decorations. They have organized a Second Harvest food drive, which runs through Jan. 29. Community partners are working with them to provide different drop-off locations. Housing and food insecurity are two of the areas KoHF is supporting, so each subkrewe is working on a giving campaign that focuses on those areas.

The KoHF encourages float makers to recycle materials and think creatively. A lot of neighbors are sharing items and materials they aren’t using, and people are getting inventive.

The biggest challenge has been for those homeowners who want to employ a professional artist and find they are now getting booked up. That was another driving force behind KoHF — to provide out-of-work artists and creators with work opportunities since Mardi Gras activities were canceled. The subkrewes also have been trying to find artists to do virtual classes so residents can learn how to make their own flowers and other float decorations.

Grissom and Town emphasize that they don’t want people to be scared off by the few professional houses that immediately popped up. The goal of KoHF was to make sure everyone could safely participate, and a few neighbors decided not to participate because they didn’t think they would have houses that people wanted to see.

“We keep encouraging everyone to decorate if they want to, because that’s what really matters,” the co-captains said in an email. “I personally get so excited when I’m driving around and just happen upon a house, professional or not. So DIY that house up!” 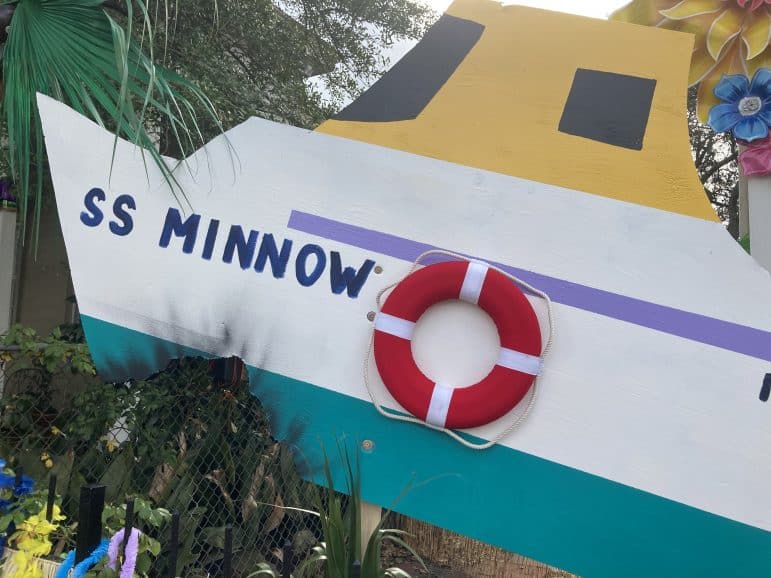