Qualifying continues until Friday (Jan. 22) at 4:30 p.m.  The race will be fast, furious, expensive and very competitive.

The entrance of McConnell and Porter into the race will make the campaign more interesting to a wider range of voters. McConnell, 37, is a Libertarian who believes that it’s time to break up America’s two-party system. Porter, 61, said she is a God-fearing Christian with a strong distaste for current policing practices and a firm belief in the power of love. 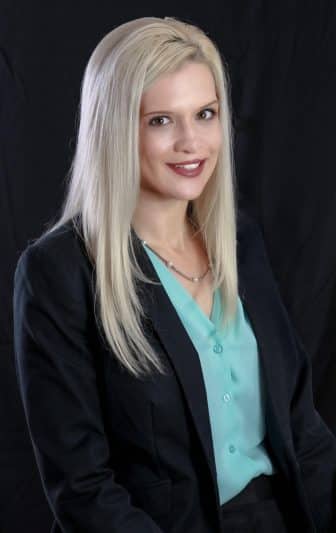 “We need to focus on what people need in their lives,” said McConnell, who has long been an active participant in state, local and national politics. “Like many Americans, I have been growing more frustrated with our national government. Its inability to function in a bi-partisan manner is not working for us.”

McConnell blames the two-party system as the reason that “nothing has been accomplished” amid “battling political ideologies.” McConnell also believes that government has become more divisive every day.

McConnell says she has changed her political party affiliation every few years in an ongoing effort “to find a party that believes what I believe, and it’s been pretty hard to do.” Though McConnell has never been registered as a Democrat, she has been as registered as No Party, a Republican, an Independent and even as a member of the Constitution Party.  “The Libertarian Party fits what I believe with few exceptions,” McConnell said.

She said she is pleased that President Donald Trump is no longer in office. “Like many people I didn’t want either Trump or Biden to be elected.” McConnell supported Libertarian Party candidate Jo Jorgensen. McConnell said that many citizens were forced to vote for a candidate they did not support: “Our voices are not exclusive to two ideologies, and that needs to change.”

A single mother whose young son who attends Holy Cross, McConnell graduated from Archbishop Hannan High School in Covington. She received an education degree from Northwestern State University in Natchitoches and is “one semester away” from completing law school.

McConnell is currently a special education teacher and co-principal at The Bridge Charter School in Central City on the former Mahalia Jackson Elementary School campus. The Bridge is an alternative middle school for students who have been expelled from other campuses or have significant behavioral needs.

“I understand that the majority of voters in the Second Congressional District are African-Americans and that there is a strong Hispanic population as well. Obviously I am not part of either group. I can’t claim to understand the marginalization they experience on a daily basis. But every day I will do my part to even the playing field,” said McConnell, who plans to raise $100,000 to fund her campaign.

She considers reopening the economy as President Biden’s top priority, and she would focus on improving infrastructure and preserving the district’s natural resources, including protection of the Mississippi River.

McConnell is also a strong advocate of education reform. She believes that New Orleans education system is “on the right track” while Baton Rouge’s system “is in crisis right now.”

McConnell plans to get the COVID-19 vaccination when it becomes available to teachers but said she respects those who do not want to receive it. She also opposes efforts to mandate mask-wearing. “It is an infringement on personal freedom and the ability to govern our own bodies. Every state has a different situation with the virus.  We can’t take a one-size-fits-all approach to COVID-19 response regulations,” McConnell said.

“l ask people to look beyond party labels and know my top priority for each citizen in money in their pocket and the freedom to be successful long-term,” McConnell concluded. 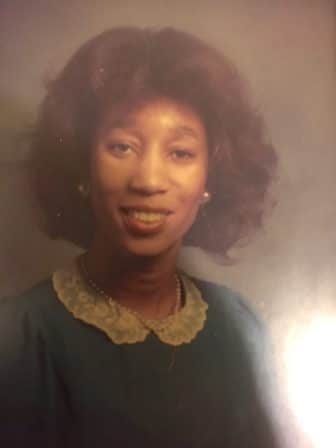 A resident of Jefferson Parish’s east bank, Jenette Porter qualified yesterday because she is “angry about how my people — Black people — are being treated.” A member of Living Faith Christian Fellowship, as Assemblies of God congregation in Gentilly, Porter’s candidacy should resonate with families who have been victims of crime and police brutality.

Porter’s message to voters is clear and direct. “The police are treating Blacks real rough. They are not giving Black Love,” said Porter.  She said she will focus on police reform and related criminal justice issues.

A member of the New Orleans Chamber of Commerce, Porter has successfully operated Jenette Porte LLC., since 2014. The business features an “umbrella of novelties” including postcards, custom New Orleans teddy bears and gifts for all occasions.

She received a bachelor’s degree in marketing from Southeastern Louisiana University and also holds a certificate as a human resources consultant. Porter is active with the local NAACP, where she serves on the recruiting committee. Like McConnell, Porter lives and votes in the First Congressional District, not the Second.

This is Porter’s first run for office. After submitting her qualifying papers yesterday, Porter reached out to donors to help build a war chest.  “If elected, I want to help write policy that will make changes to build the community,” Porter said.

CARTER, CARTER PETERSON AND CHAMBERS MOVE FORWARD WITH THEIR CAMPAIGNS

The election will be held March 20.

Also being encouraged to apply is tourism leader Don Hubbard.  A commissioner of the Ernest N. Morial Exhibition Hall Authority and a co-founder of the political organization SOUL, Hubbard would probably be supported by Councilman Jay Banks and others aligned with Mayor LaToya Cantrell and the BOLD organization. BOLD could use Hubbard’s assistance in SOUL’s New Orleans East base to generate votes for Sen. Karen Carter Peterson’s campaign for Congress.

The council began taking applications last week and must make a selection by Feb. 11 or Mayor LaToya Cantrell will name Williams’ replacement as per the New Orleans City Charter.

A statement that U.S. Rep. Clay Higgins does not reside in the Third Congressional District, which he represents, was removed from this column. Rep. Higgins lives in Lafayette, according to a spokesman.