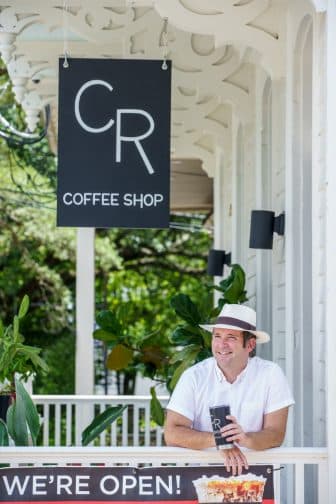 Local roaster and coffee aficionado Kevin Pedeaux didn’t intend to open his Uptown coffee house, CR Coffee Shop, a few months before a pandemic hit. However, that’s exactly what happened after his grand opening in October 2019.

A year later, it was a success story, bucking a lamentable trend that has seen established local coffee houses — like Café Luna and Hey! Café & Coffee Roastery — shutter along the Magazine Street corridor.

Despite the unexpected trajectory of 2020 and City Hall’s ever-evolving COVID-19 decisions, the coffee shop in a white shotgun house, down the block from Magazine Street’s Ace Hardware and cater-corner to Lilette, has steadfastly remained open.

At the beginning of the pandemic, Pedeaux personally began delivering thousands of coffees round-the-clock to local hospitals, like nearby Touro Infirmary, as part of Feed the Frontline.

Pedeaux also contributes a coffee booth at the yearly school fair at Holy Name of Jesus Parish, where his young children attend school and his wife Ashley teaches.

The result is that shortly after its first anniversary, the Uptown business has garnered a loyal customer base — one heavily populated with locals and health care workers. 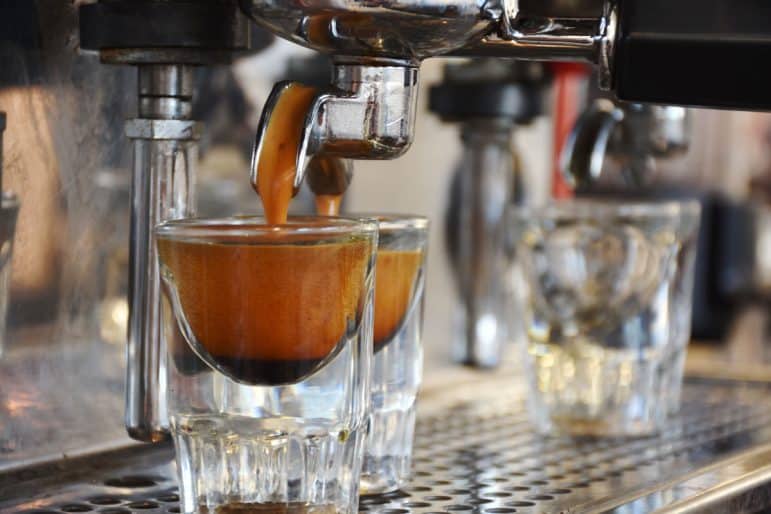 However, while Pedeaux’s first year at the new location necessarily inspires pandemic anecdotes, he is quick to point out that his story is intrinsically about the coffee.

Pedeaux can talk about coffee for hours. He waxes most eloquently over his house blend, its overall richness, depth of flavor, notes, and above all — despite the bean’s ever-changing geographic origin — the achievement of the product’s consistency.

His coffee is indeed richer in flavor than some of the local and national chains along the same street. Customers interviewed concur that it is good, very good. Neighbors opine about the Vanilla Cream Cold Brew and that it’s worth the drive past closer coffee houses.

Above all, Pedeaux wants to be known as a roaster and has acquired an encyclopedic knowledge of coffee, the worldwide coffee belt and myriad roasting methods.

He explains that his success story is rooted in hard work on the roasting side and an indefatigable, unquenchable quest for the perfect blend.

IT GOES WITH CAKE

As a teenager, Pedeaux began working in the most local of establishments, Randazzo’s Goodchildren Bakery Shoppe in the Parish. This led to a route selling their king cakes to local coffee houses, which began his obsessive inquisitiveness over the nuances of different beans.

Years after his stint at Randazzo’s and a Hurricane Katrina related move to the Gulf Coast, Pedeaux met and formed a partnership with his friend Shawn Montella, a Mississippi roaster and the owner of Coast Roast Coffee and Tea.

Coffee bean sales to Randazzo’s and a weekly booth at the Covington Farmer’s Market followed. Additional accounts with Coffee Rani and local casinos led to a wholesale route along the Gulf Coast, the North Shore and New Orleans. 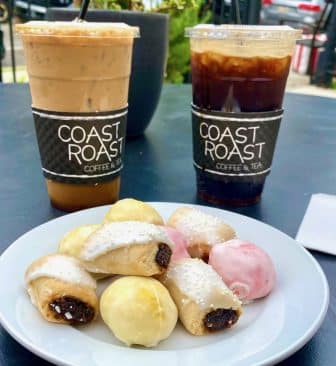 Iced coffee on the porch with a selection of Italian cookies.

WHAT’S ON THE MENU

Bean varieties sold by the bag include the all-important and deeply rich St. Roch Coffee and Chicory, his signature Streetcar blend or medium roast, French Roast, Honduran Direct Trade, Java Estate Pancoer, cold brew and espresso beans. He also sells one of the most robust cold brews on the street by the gallon, as well as proprietary tea blends. 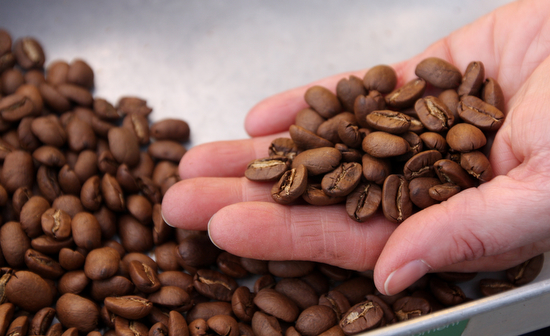