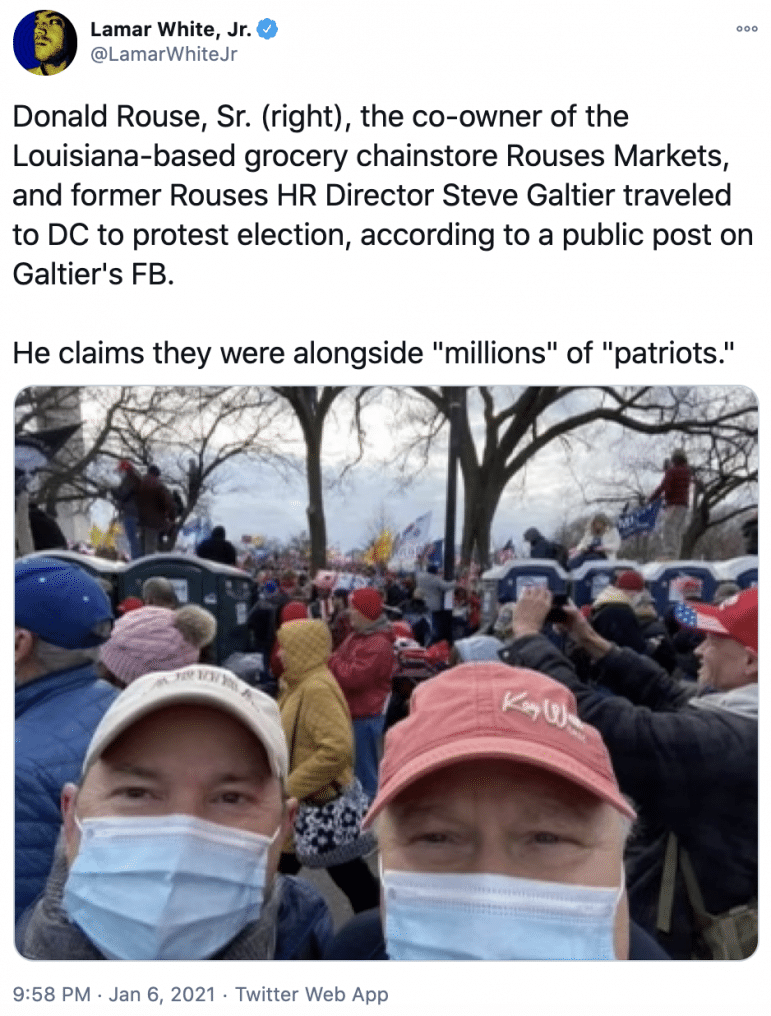 On Wednesday night, Lamar White Jr., the editor of Bayou Brief, posted a photo on Twitter of Rouses co-owner Donald Rouse Sr. and a former Rouses executive, Steve Galtier, from Galtier’s now-deleted Facebook page. It was taken at Wednesday’s pro-Trump demonstration in Washington, D.C. and originally posted to show that not everyone at the rally was maskless.

The photo went viral — setting off a frenzy of tweets and calls to boycott the store.

Then writer Michael Tisserand replied to a tweet that “Breaux Mart is better anyway” with examples of pro-Trump Facebook posts from Barry Breaux, the owner of Breaux Mart. Tisserand stated: “Rouses ownership went to DC while Breaux Mart ownership cheered from home.”

In tweet after tweet, Uptown residents wondered where they were going to buy their groceries now that they are boycotting both the Rouses Market on Tchoupitoulas Street and the Breaux Mart on Magazine Street.

In his statement below, Rouse condemned the violence and said he left before the crowd stormed the Capitol.

I attended the rally yesterday as a supporter of the president and to be in our nation’s capital at the close of his presidency. I left before the violence began and was shocked and saddened to see it unfold on TV. I condemn the actions of those who unlawfully entered and damaged our hallowed institutions and threatened our public servants. Violence and destruction do not represent our country’s values, or the values of Rouses.

Though I am no longer involved in the day-to-day operations of Rouses, that’s my family’s name on the building and my actions reflect on my family, Rouses and this community I love so dearly. I’m horrified by the violence and destruction we saw yesterday and the pain it has caused so many. Our country desperately needs to come together to heal, and I will do everything I can to be a part of that process. 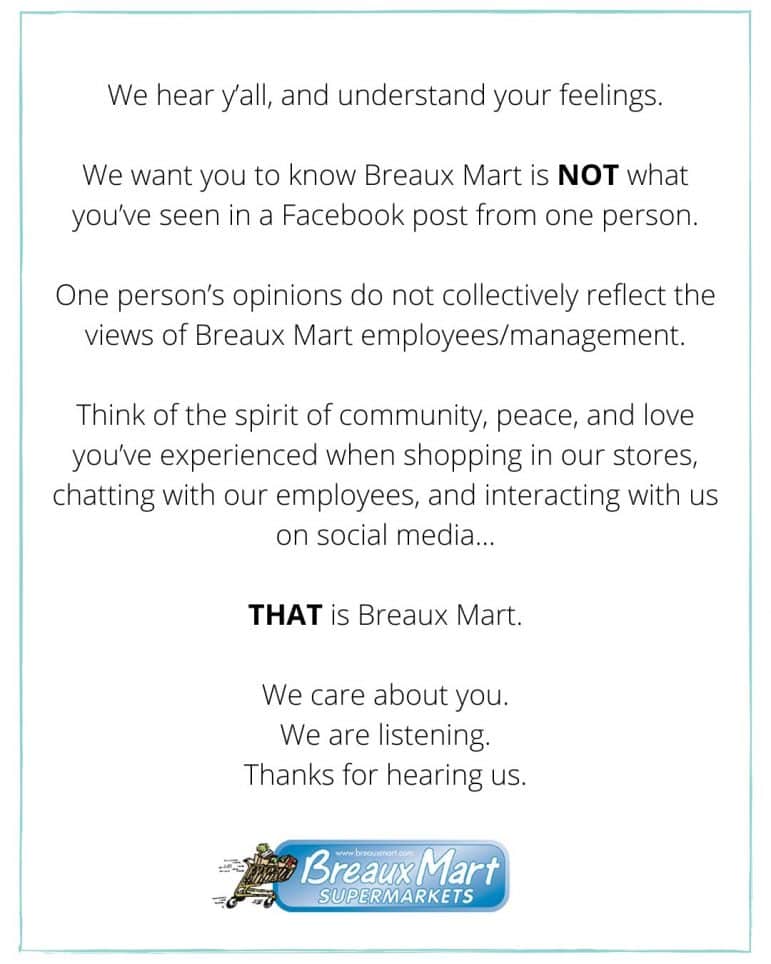