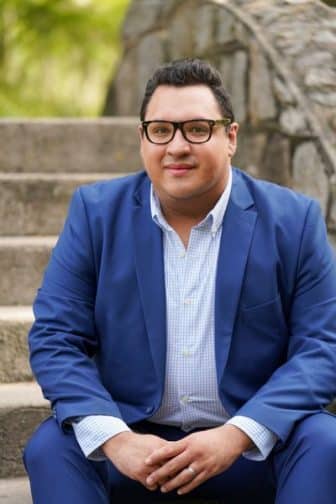 LGBT leaders were ecstatic when Dr. J.C. Romero, an openly gay educator, won a seat on the Orleans Parish School Board last Saturday. Romero defeated two-term board member Leslie Ellison, who frequently spoke out against gay rights. LGBT community members believe they will not achieve “full citizenship” until gay candidates are elected to the Louisiana Legislature and the New Orleans City Council.

Ellison, a devout Christian, has historically opposed gay rights as a matter of religious freedom. In 2019 she lost an election for president of the School Board because of her views. In 2012 she testified at the Louisiana Legislature in support of a bill by Sen. A.G. Crowe that would have denied admission of gay students to charter schools. In 2013 Ellison voted against an effort to add protection for gay and lesbian students in the school board’s policy manual. Ellison, however, is on record saying she would treat all New Orleans public school students fairly.

Had Ellison received just 21 more votes, she would have won the primary election. Instead she was forced into a runoff against Romero, who received 25% of the primary vote. Third-place finisher Winston “Boon” Whitten was the spoiler who caused the runoff. 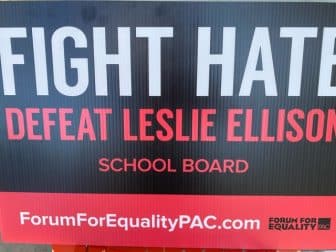 Emboldened by Romero’s chance to win, LGBT leaders and organizations including the Forum for Equality mounted a full-court press, which included phone banks, targeted signs and direct mail. Working on behalf of the Forum for Equality PAC, attorney Randy Evans coordinated 21,000 pieces of mail and 500 signs. “Ellison empowered hatred on its face and treats gays like they are second-class citizens. That’s why this race was so important,” Evans said.

“The LGBT community in New Orleans is very complacent,” said Robichaux, who has an active election law and injunctions practice. “We have city-wide protections, and most businesses her are open and accepting of LGBT employees and customers. This is not true in the rest of the state.”

Robichaux said that LGBT activists in New Orleans tend to play political defense and not offense. “We only get organized and go to the polls in numbers when there is a threat, not to get our people elected. That’s what happened here,” he continued.

LGBT groups also worked hard to get elected officials and political organizations to endorse Romero or at least to not endorse Ellison. “In 2020 why would any democratic official or organization still think it is OK to support someone with Ellison’s extreme views?” Robichaux asked.

Robichaux said he believes that nothing is going to change for the LGBT community until openly LGBT elected officials are elected to the legislature and council. “Until then we will always be at the mercy or straight allies who can turn at any moment and for any reason,” he explained.

Robichaux said that many LGBT voters reside in School Board District 4, which comprises the French Quarter, Algiers, Marigny and Bywater neighborhoods. If legislative districts were configured to run across the riverfront horizontally, more LGBT-identified individuals could get elected. The current maps divide the LGBT community and thereby divides their political power.

“Many of the elected officials currently in office who claim to be LGBT allies have actively worked against LGBT candidates running for office. Yet they still get our support and endorsements. This group includes sitting council members, the mayor and current legislators,” Robichaux said. 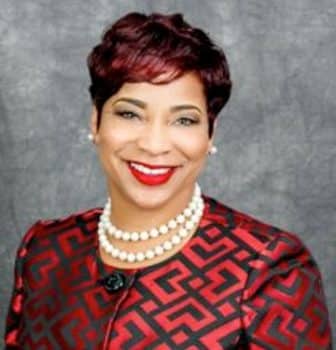 A native of the predominately black historic McClendoville neighborhood in Algiers, Ellison is proud of her roots and the work she has done as a faith-based leader and education advocate.

In a message posted Dec. 6, she thanked voters for allowing her to serve eight years and said she is “a champion for all children and our community.” Ellison said she looked forward with great expectations “that the promises of God are yes and amen.”

THREE STATE REPRESENTATIVES MAKING THE HOLIDAYS BETTER FOR THOSE IN NEED

State Reps. Mandie Landry, Aimee Freeman and Candice Newell are asking constituents to support their holiday fundraising efforts. Landry is soliciting new socks for residents of Kingsley House, Hagar House and Ozanam Inn. “Socks are the number one requested items at shelters,” said Landry.  Socks can be dropped off at the new Papa Johns located at 3001 Tulane Ave. through the generosity of Saints cornerback Justin Hardee.

Freeman is collecting canned goods and monetary donations for Second Harvest Food Bank at her office at 8600 Oak St. Newell is gathering gift cards and new unwrapped toys to be distributed at the Lakefront Airport on Dec. 19.