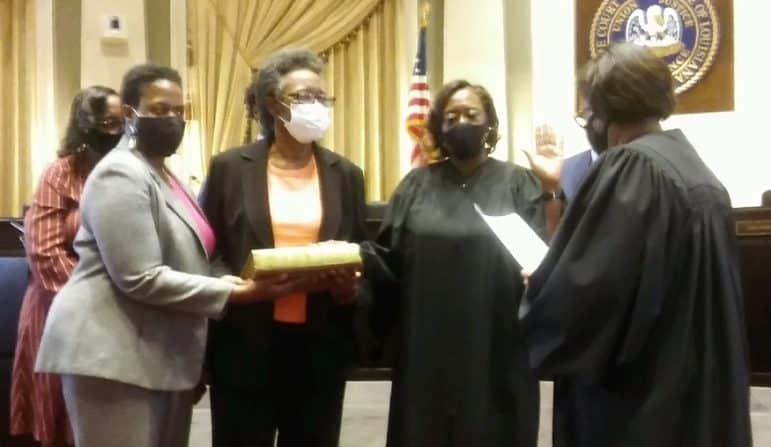 As a newly elected Louisiana Supreme Court Associate Justice, Piper Griffin takes the bench on Monday (Jan. 4), she said she is humbled by the overwhelming support from the community. “I want to thank the people of New Orleans for the opportunity to be of service and the trust they place in me for such an important position,” Griffin said.

As the only woman and minority on the state’s highest bench, Griffin said she feels a huge responsibility. “The country is at a crossroads,” she said. “I have to understand where we are and where we need to be. I also must be conscious of the role I have to place.”

Griffin ran first in the Nov. 3 primary election and was headed into a runoff with Appeals Court Judge Terri Love until Love withdrew from the race on Nov. 6.  By all accounts, Griffin ran a smart, well-funded campaign with a small but cohesive team who successfully leveraged technology.

“I felt called to the position because of the work I have done. My team stayed on the course. We needed to be positive, and we were,” said Griffin, who was first elected to Civil District Court in 2001.

Griffin, who did not expect to receive many political endorsements, was supported by Councilwoman Kristin Palmer, Constable Edwin Shorty, Deputy Assessor Darren Mire, former Public Service Commissioner Irma Muse Dixon and former Councilwoman Cynthia Willard Lewis. Among her strongest community supporters were her church members; the Xavier Prep alumnae known as “The Preppers”; New Orleans supporters of the University of Notre Dame, where Griffin attended college; and local lawyers. “I believe I ran with the full force of the legal community behind me,” Griffin said.

When the contest began, Griffin was the underdog. Most insiders expected Appeals Court Judge Terri Love to easily win. Love has more experience on the bench and has served at the appeals level. She was endorsed by almost all local elected officials – except for Mayor LaToya Cantrell, who flirted with the race but sat on the sidelines.

Love focused on her years-long support from the city’s faith-based community as well as grassroots connections.  A protégé of the Morial dynasty, she utilized former Mayor Marc Morial in her advertising and hired many consultants associated with that administration. Twenty-five years later, she was not able to replicate the Morial’s winning template.

In the end, Griffin’s strong financial backing from lawyers gave her the resources to get her message out.  Love lacked the funds to make the best use of all of her endorsements, especially in Jefferson Parish where she was supported by District Attorney Paul Connick and Parish President Cynthia Lee Cheng.

The candidate who runs the best race generally wins. In this campaign it was clearly Piper Griffin.

DA-ELECT JASON WILLIAMS WILL DELIVER HIS STYLE OF CHANGE

District Attorney-elect Jason Williams is a smart, talented politician who is going to create a greatly improved District Attorney’s Office based on best practices and ever-changing criminal justice philosophies.

When Williams rolled out his 100-person transition team recently, the roster relied heavily on community organizations and faith-based leaders Williams had cultivated relationships with before and during the campaign. That doesn’t mean that Williams necessarily will be swayed by their desires.

The overall transition is led by Loyola University President Tania Tetlow, the Foundation for Louisiana’s Flozell Daniels and Business Council president Henry Coaxum. Yet the 100-person policy committees include clergy members C.S. Gordon, Pat Watson and Charles Southall; neighborhood leaders like Sylvia Scineaux Richard; and nonprofit execs such as the NAACP’s Adria Kimbrough, the ADL’s Aaron Ahlquist and Deon Haywood from Women With a Vision.

Though Williams has yet to announce any of his key hires, he will be an independent DA who will make his own decisions as to what is best for him. Self-preservation is key. In terms of staff positions and contracts, Williams will throw a few bones to his grassroots base.  But more often he will chart a course – and adjust it — based on shifting winds of public opinion.

Williams is a classic chameleon. Some political consultants believe that Williams has always been about smoke and mirrors. He appears involved and engaging. He tries to please everybody. In the end Williams always does just what he wants to do. Like many politicians, it can be hard to determine Williams’ real core values. People think they know him but often they do not.

Williams won the runoff as the lesser of two evils. Retired judge Arthur Hunter was the real reformer and was eagerly backed by that constituency. But without the support of U.S. Rep. Cedric Richmond (who did not endorse during the primary), Hunter’s fundraising problems caused him to finish slightly behind Williams.

During his years on the City Council, Williams worked hard not to let his constituents down. Let’s hope he can accomplish that same goal as district attorney. 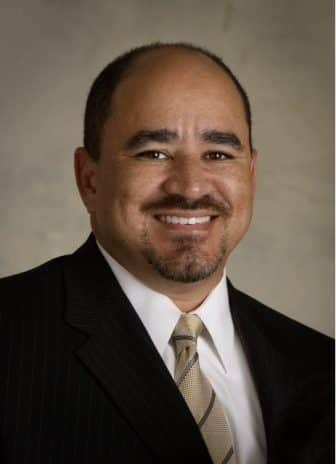 Lambert Boissiere III, who has represented the greater New Orleans area on the Louisiana Public Service Commission since 2005, has been talking with consultants about the race to replace Louisiana’s 2nd District Congressman Cedric Richmond. Richmond is expected to resign on or about Jan. 20 to join President-elect Joe Biden’s administration.

Boissiere, 55, would not have to resign from the PSC to enter this race.  He is not up for re-election to the PSC until 2022.  As public service commissioner, Boissiere earns a base salary of $45,000. Boissiere previously served as Constable First City Court, a position currently held by his father, former City Councilman Lambert Boissiere Jr.

If Boissiere does run, his donor base – laden with companies regulated by the PSC — could become an issue. In his 2004 race against then PSC Commissioner Irma Muse Dixon, Boissiere raised almost $400,000, a significant amount for a challenger. Other old skeletons in Boissiere’s closet will be resurrected and amplified.

The Boissieres are part of the COUP political organization, the 7th Ward base for former Mayor Sidney Barthelemy, former state Sen. Hank Braden, consultant Ron Nabonne and others.  DA-elect Jason Williams was also supported by COUP in his first race for the City Council. Williams was married to Barthelemy’s daughter Bridget at that time.