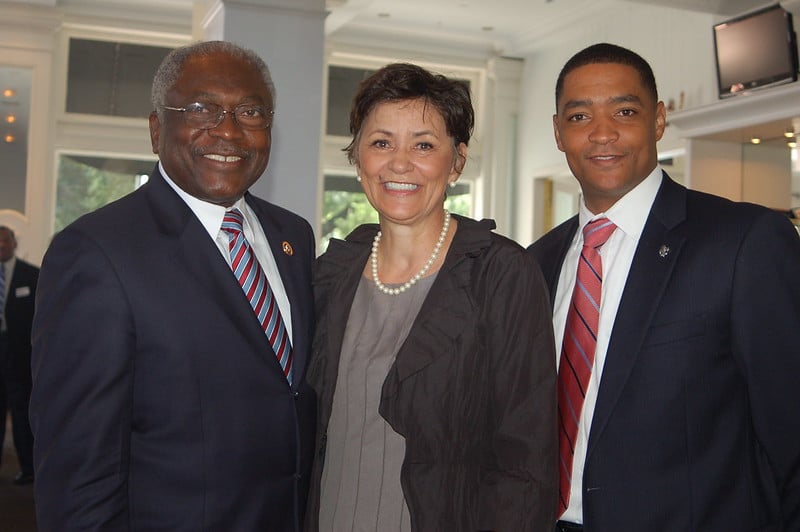 Richmond was just 5 years old in 1978 when his mother, Maple Richmond Gaines — a dedicated New Orleans public school teacher — would wake him and his brother Sidney Jr. before dawn to accompany her to the picket line, where the United Teachers of New Orleans were striking for higher wages and better working conditions. Richmond would hold up a sign while his mother, the strike leader, made sure no cafeteria workers or other early arrivers entered the school building.

“Cedric’s father, Sidney Richmond Sr., was an entrepreneur and very involved in the community,” Richmond Gaines said. “Although he died when Cedric was 7 years old, he left an impression on Cedric about the importance of community service.”

Richmond’s stepfather, Ulis Gaines, was an electrical contractor who imparted a similar message, Richmond Gaines said. The two spent many hours together, during which Richmond learned what it took to run an organization. 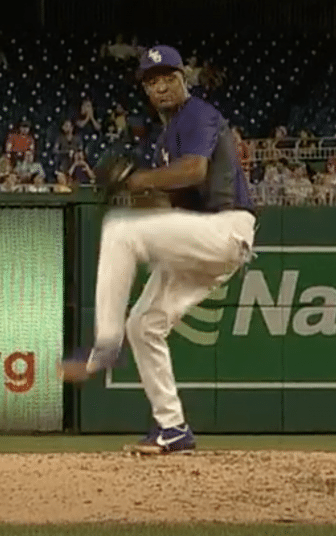 Richmond pitching for the Democrats in the 2019 Congressional Baseball Game. (via CSpan2)

Richmond found a sense of purpose at the ballparks of Eastern New Orleans, where he began playing baseball at age 5 and was coaching by age 16. An accomplished scholar and popular baseball player at Benjamin Franklin High School, Richmond repainted used helmets with the Ben Franklin logo when the team lacked equipment.

His years at Morehouse College included baseball as well, but Richmond also became steeped in Morehouse’s tradition of developing strong male leaders. While attending Tulane Law School, Richmond — by then a mentor to dozens of young Black males — was a passionate Little League coach who used his financial aid to purchase uniforms and equipment.

In an effort to improve playgrounds and fund recreational services in New Orleans East, Richmond qualified for a seat on the New Orleans City Council just after law school graduation in 1998. Though he exited that race quickly, he then leveraged his relationships from the ballparks and surrounding neighborhoods to become a member of the Louisiana Legislature by defeating Naomi Farve, who had represented state House District 101 since 1986.

Richmond was a promising and ambitious young lawmaker. In 2008 he entered the race for Congress and placed a close third in the Democratic primary behind Helena Moreno and the incumbent, Congressman William Jefferson, who had already been indicted. Republican Joseph Cao won the general election.

New Orleans appraiser and photographer Jim Thorns, a close friend of Maple and Sidney Richmond, had watched Cedric grow up. He saw promise in the young politician and decided to introduce Richmond to his “little brother,” Mississippi Congressman Benny Thompson.

During that summer and fall, high-ranking Democratic congressional leaders made several trips to Louisiana to campaign and raise money for Richmond. Among those joining Clyburn and Thompson were Congressman Steny Hoyer, the current House Majority leader, and Congressman Chris Van Hollen, now a U.S. senator from Maryland. Oftentimes they brought along checks from Democrats across the country, which helped subsidize local campaign efforts. 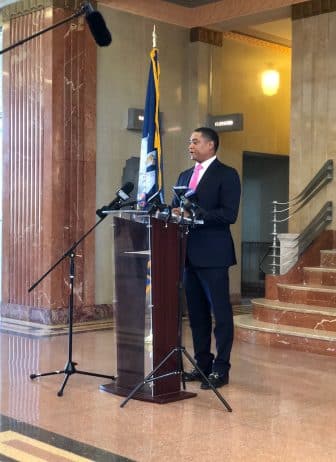 U.S. Rep. Cedric Richmond announces at the Lakefront Airport on Nov. 17 that he will join the Biden administration as senior adviser. (Uptown Messenger photo)

While reflecting on Hillary Clinton’s loss in 2016, Richmond began a dialogue with former Vice President Joe Biden. During several years of leisurely golf games and long dinners, the early steps to a national campaign were planned out.

Richmond’s emergence as an early supporter of Biden and campaign committee co-chair was acknowledged by many as a brilliant move.

With Clyburn’s endorsement, Biden’s win in South Carolina’s primary cleared the path for national victory. Those who understood Richmond’s close relationship with Clyburn, the House Majority Whip, should not have been surprised by the endorsement. Nor should they be surprised when Clyburn strongly suggested that Richmond join President-elect Biden at the White House.

President-elect Biden is surrounding himself with experienced leaders whom he trusts. New Orleans and Louisiana are lucky to have someone in that number.

In his new role as a senior adviser to the president and the director of the White House Office of Public Engagement, Richmond will still have dinner with his mentors Clyburn and Thompson whenever possible, as he will serve as an important liaison between the president and Congress. 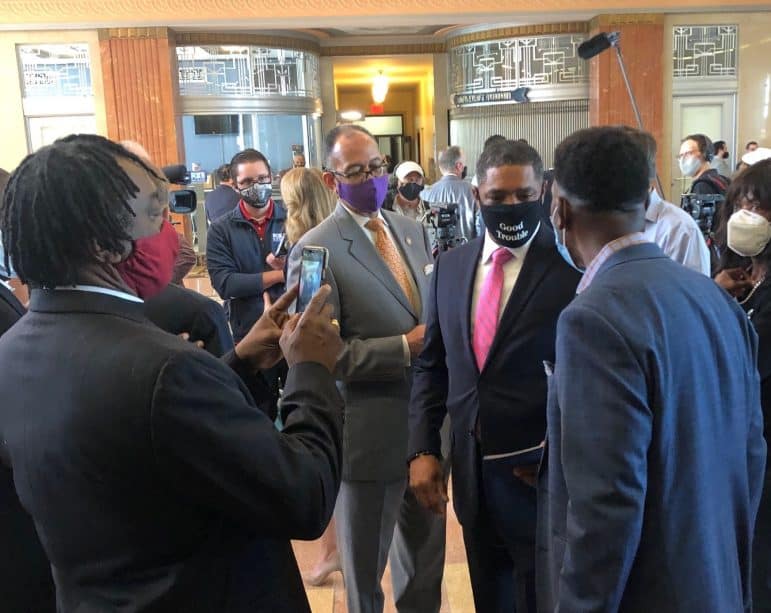 Richmond is surrounded by well-wishers on Nov. 17 after his announcement at Lakefront Airport. (Uptown Messenger photo)

Richmond’s long-standing friendship with House Minority Whip Steve Scalise, who represents Louisiana’s First Congressional District, will be even more important as Richmond tries to build new bridges across the aisle for the White House.

Once called Congress’ “Babe Ruth,” Richmond gained early notoriety in Washington for his 85 mph fastball as a star player on the Democratic team at the Congressional Baseball Game, an annual charity event. According to the statisticians at FiveThirtyEight, who described Richmond as “in a league of his own,” Richmond was the starting pitcher for the Dems in the past eight games, striking out 25 percent of batters.

He’ll need those same skills as he negotiates with Republicans, grassroots organizations, public interest and advocacy groups, and the business community. Through it all Richmond will continue to mentor people of color, especially young Black males.

“Cedric is a people person. He has done a good job and served the citizens of Louisiana well in Congress. I feel so blessed to have him as a son,” Richmond Gaines said. “There is so much more he will do.”

One thought on “Viewpoint: Cedric Richmond’s path to the White House began on the UTNO picket line”