One suspect is accused in a string of robberies, three taking place within hours of each other in shopping center parking lots. The other is a juvenile accused in a Gert Town robbery. 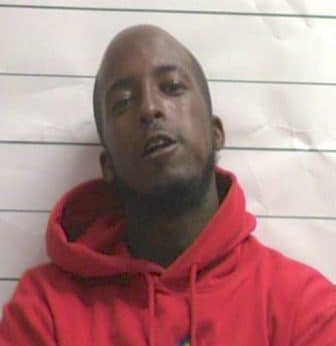 Tony Hatcher, 33, has been booked in three Uptown parking-lot robberies and one in Mid-City.

The first was an attempted robbery that took place in the afternoon of Dec. 3, in the Costco parking lot. The victim, a 71-year-old woman, was putting her purchases in her car when a man approached her from behind and pulled a gun.

She looked at the gun and screamed. The gunman then fled in a silver Ford Focus, described as having no license plates and damage to the front bumper and headlight.

About an hour later, a robbery took place in the parking lot of the Whole Foods Market on North Broad and Bienville streets.

Two women, ages 29 and 31, were robbed at about 4 p.m. The 31-year-old was getting out of the car when someone placed a handgun to her leg and demanded both women’s purses. They complied, and the gunman fled.

Surveillance video showed the perpetrator, who matched the description from earlier incidents, exiting a silver Ford Focus and walking up to the victims with a handgun.

The third robbery took place about an hour after the Whole Foods robbery. The Sixth District received a report of a robbery in the parking lot of a shopping center near the intersection of South Claiborne Avenue and Toledano Street.

The accused perpetrator and vehicle matched the description from the other incidents. During the course of the robbery, someone followed that vehicle out of the parking lot and was involved in an accident near the incident location.

The driver got out of the silver Ford Focus, fired shots into the air, abandoned the vehicle and fled the scene.

A few days earlier, on Nov. 29, the Sixth District had reported an armed robbery with a perpetrator matching the same physical description as the gunman who fled the Dublin Street scene.

During the course of their investigation they were able to identify Hatcher as the suspect and secured an arrest warrant.

The juvenile was arrested on Dec. 2. The 14-year-old boy is a suspect in an armed robbery that occurred on Nov.  30, at the intersection of Palm and Short streets.

At about 9:22 a.m., the victim was stopped in his vehicle at the intersection when three young males approached the vehicle. One produced a firearm and ordered the victim at gunpoint to exit the vehicle. The victim complied and the suspects fled in the victim’s vehicle.

NOPD Second District officers on patrol on Dec. 2 observed a teen at Olive and General Ogden streets matching the description of one of the perpetrators of the Nov. 30 armed robbery.

The juvenile was taken to the Second District station and questioned where, during an interview with the juvenile and his guardian, the juvenile admitted his role in the armed robbery.

The juvenile was arrested and booked into the Juvenile Justice Center for one count each of armed robbery and juvenile in possession of a firearm. The two additional suspects in this incident remain at large.

If you have information on any of these incidents, you are urged to contact Crimestoppers at (504) 822-1111.