Carrollton area resident Katie Smith told the City Council’s Street Renaming Commission in a presubmitted comment last week that she looked forward to the day she could give her cross street as Mahalia Jackson Street instead of Leonidas.

That day now looks less likely. The commission voted Wednesday to remove Leonidas Street, as well as Lakeview’s Walker Street, from the list of names to be replaced.

The City Council created the Street Renaming Commission in June to identify the streets and other public places in New Orleans that were named to honor white supremacists, and to recommend replacement street names.

Many of the streets that honor Confederate leaders were named in the late 19th and early 20th centuries as part of the “Lost Cause of the Confederacy” propaganda campaign. In an effort to promote Jim Crow segregation and other racist laws and policies, the Lost Cause worked to recast the secessionist movement as just and noble.

Based on information in Donald Gill’s “The Story Behind New Orleans Street Names,” the commission’s experts linked Leonidas Street to the Rev. Leonidas Polk, a slaving-owning Episcopal bishop and founder of the Protestant Episcopal Church in the Confederate States of America, which lasted about as long as the Civil War.

A major general in the Confederacy, Polk was struck by a cannon ball and killed in 1864. According to the Street Renaming Commission report, his legacy was elevated during the Lost Cause, not for his military prowess — by most accounts, he was an ineffective commander — but because “a high-profile Christian leader added symbolic moral sanction to their white supremacist views.”

Researchers at one time thought both Leonidas and Polk streets may have been named for the fighting bishop, according to commission reports. It turns out neither was. They decided that Polk Street in Lakeview was more likely named for Leonidas Polk’s cousin, James K. Polk, the nation’s 11th president. 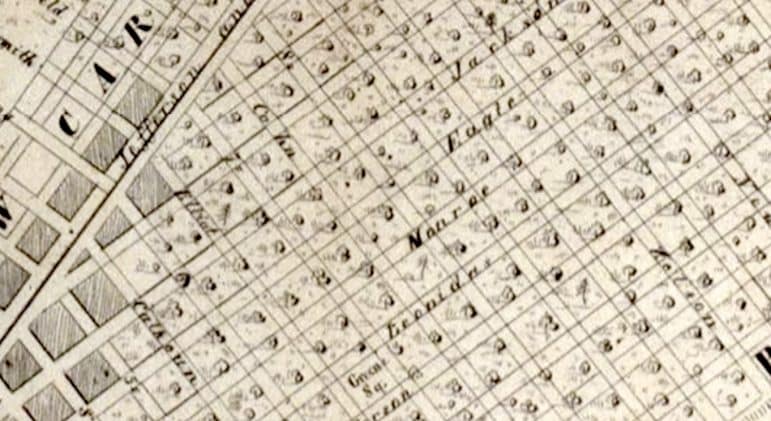 Then, prompted by the Lakeview Civic Improvement Association to dig deeper before making lasting changes to New Orleans’ streets, researchers found an 1855 map that showed the street had the “Leonidas” moniker well before the Lost Cause movement or even the Civil War.

“Given the street was on an 1855 map, it’s highly unlikely that it honors Leonidas Polk,” historian Thomas Adams told the commissioners.

The commission’s recommendations for names to be removed also include three potential replacements. The three candidates to take over the Leonidas street signs were all New Orleans natives who grew up in Carrollton or Gert Town and are closely associated with Protestant churches: civil rights activist the Rev. Samson Skip Alexander and singers Mahalia Jackson and Marva Wright. It is not clear whether those names are in consideration for other streets.

How the street got the name “Leonidas,” which dates back to ancient Greece, is anyone’s guess. Leonidas was a Spartan king in the fifth century B.C. who was immortalized in literature as, unlike namesake Leonidas Polk, a skilled warrior. 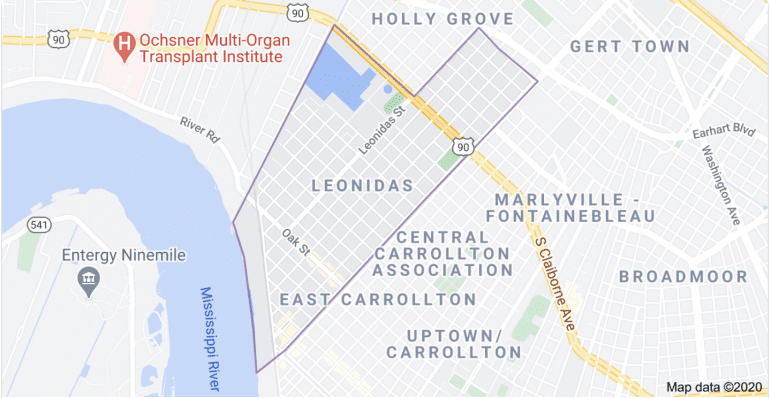 The surrounding neighborhood, which includes the Oak Street business corridor, has also taken on the Leonidas name, at least with the City Planning Commission and Google Maps. It has also historically been called Pigeon Town and Pension Town, though now it’s commonly referred to with the name of the broader area, Carrollton.

The commission voted 5 to 1 on a motion to remove the two names and to add two more Lakeview names. Commissioner Paul Sterbcow, who represents District A, which includes Lakeview and the Leonidas area, was the lone “nay” vote. He had said he supports removing Leonidas and Walker from the list but wanted more time to study whether to include the additional streets. He had presented a motion to separate the two decisions, but it failed when no other commissioner would second it.

“Anything that we vote on now is an initial recommendation subject to change at any point, even beyond our final report. So voting on it today isn’t anything final,” said Karl Connor, the commission chair. “It’s clear that Leonidas and Walker shouldn’t be on this list because they don’t fit under the ordinance.”

For more information on the street renaming process, see the commission’s website, nolaccsrc.org. You can provide feedback to the City Council Street Renaming Commission here. 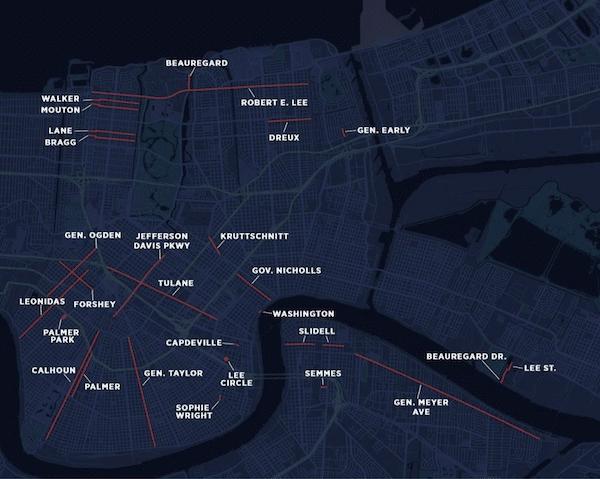 Streets that are up for a new name.

This report was edited after posting to clarify that Commissioner Sterbcow did not object to removing Leonidas and Walker from the city’s list of street names to be changed.