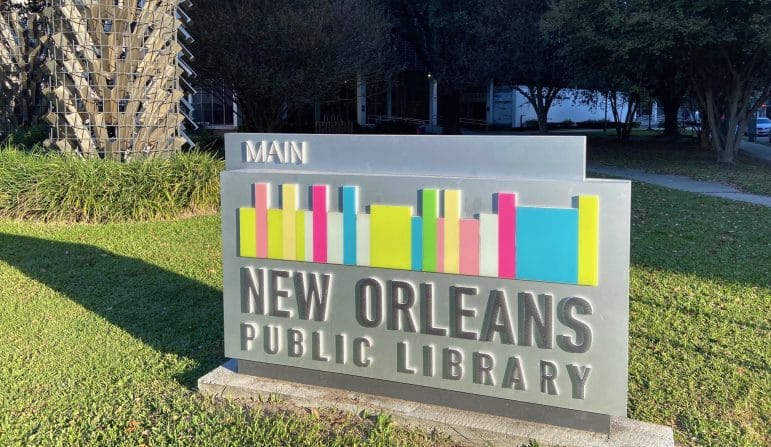 The diverse group of parents, librarians and concerned citizens that make up the Save Our Libraries coalition got a boost this week when the Bureau of Governmental Research added their voice to those opposing Proposition 2 which is on the Dec. 5 ballot.

In their analysis of the ballot proposition, the BGR said the Cantrell administration had failed to give voters “adequate information for decision making on taxes that would run for 20 years.” BGR also said that Proposition 2 lacked a strategic plan or a clear roadmap for right-sizing the library’s budget before reserves run out.

The library’s current millage dedication was approved by the voters in 2015 under Mayor Mitch Landrieu. Mayor LaToya Cantrell is asking voters to approve a 40% cut — at least $6.5 million in 2021 — from the library’s budget, which she would rededicate to funding additional early education slots at day-care centers in the community. 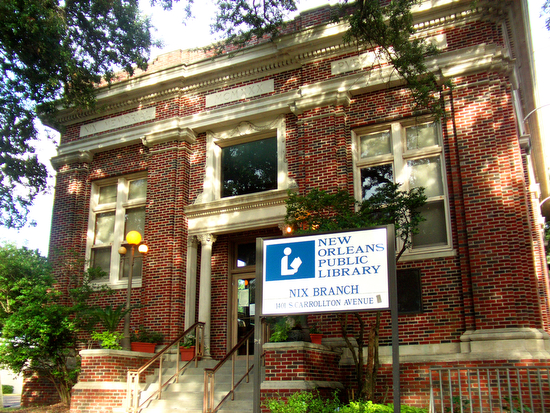 It would be impossible to make such deep cuts from the library’s budget without significantly eliminating some staff and services as well as closing branches. According to SOL researchers, many of the branches like Mid-City are old, outdated or not on city-owned property.  They could be closed as a way to save rent and maintenance costs. Nix on South Carrollton Avenue is small and not ADA compliant. Hubbell in Algiers Point is also small and has closed before. The Central City branch briefly functioned as a pop-up before moving into a permanent location in the Allie Mae Williams Multi-Service Center.

The library would also lose its independence by the proposition’s language calling for all dollars to be deposited into a new library and early education fund controlled by Mayor Cantrell, rather than the library receiving their millage directly.

Early childhood education should be a community priority, but not at the expense of our libraries. Just as the Friends of the New Orleans Public Library raises funds to support library programming, foundations and corporations should be solicited on behalf of early childhood education either through Action New Orleans or a nonprofit established especially for that purpose.

Early childhood education should be a community priority, but not at the expense of our libraries.

Among the other organizations working to defeat Proposition 2 are United Teachers of New Orleans, the AFL-CIO, Friends of the New Orleans Public Library and the New Orleans City Workers Organizing Committee.

“We are thrilled with the strong support we’ve gotten from the community so far,” said SOL supporter Bob Murrell, a computer programmer whose family patronizes the Robert E. Smith Library in Lakeview. “New Orleanians love libraries, and they’ve made that very clear through their donations.” A grassroots campaign, organizers are relying on small donations from everyday citizens to get their message out. Interested individuals can sign a petition at actionnetwork.org or donate through donorbox.org.

New Orleans’ public libraries provide a great service to the community. They offer virtual story time in Spanish and English, virtual creative writing, a cultural pass program, access to genealogy at home, a seed library in Mid-City, a mystery book club, events like a smart-biking basics webinar seminars, lots of instructional videos, homework help, job hunting research, and a fabulous city archive and a special collections division. Librarian Karen Martin even arranged a recent winter coat giveaway through Operation Warm. Now during COVID-19, we need our libraries more than ever.

Early voting starts tomorrow and continues until Nov. 28.  Don’t forget to vote on all three of the propositions as well as for district attorney and the remaining judgeships.

When the City Council unanimously passed the Funding Parity for Public Defense ordinance last August, public defenders and proponents were excited that at last they would be given additional resources to help better defend the clients served by the office. Much to their surprise, Mayor Cantrell released the 2021 city budget without giving the Orleans Public Defenders the additional dollars called for in the ordinance.

Mayor Cantrell has endorsed former Judge Keva Landrum in the DA’s race. Landrum, who served as an interim district attorney, is thought to follow the ideology of current DA Leon Cannizzaro, who always wanted a robust budget to prosecute all those who committed crimes. Landrum’s opponent, Council President Jason Williams, would probably side with the Orleans Public Defenders to create a system where fewer people were arrested, prosecuted and incarcerated.

The New Orleans City Council could vote today on the city budget and any amendments. What level of funding the Orleans Parish Defenders receive will speak volumes about the current state of criminal justice reform in New Orleans.

3 thoughts on “Viewpoint: Protect our libraries by defeating Proposition 2”