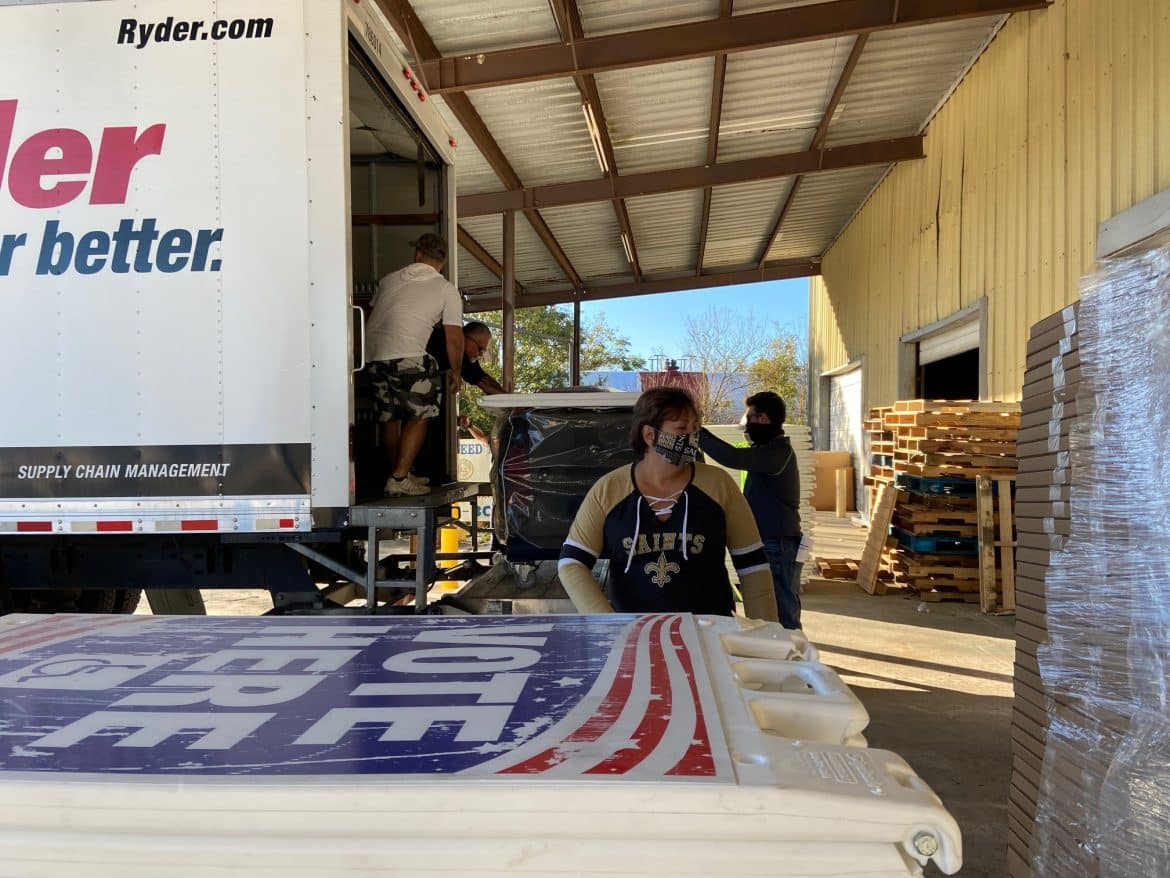 Almost 1,000 voting machines and other equipment are loaded onto trucks to be delivered to polling locations across the city on Nov. 2, 2020. (Danae Columbus, Registrar of Voters)

By most accounts former Judge Keva Landrum should be running away with the district attorney’s race. Landrum has raised and spent bucket loads of money and is the politically correct gender and ethnicity. She knows how to do the job because she has done it before, albeit in an interim capacity.

When “tough on crime” was all the rage, Landrum was praised as a no-nonsense prosecutor. Now she is being attacked for her then-appropriate performance as the office holder and also is being burdened by other people’s political baggage. These factors among others are keeping the window open for City Councilman at-large Jason Williams to become New Orleans next district attorney.

Williams is darn lucky that he was indicted for tax fraud last June, not last week. He’s had five months to spin his version of the events leading up to his demise. Was it really the goal of U.S. Attorney General William Barr to influence the outcome of a local DA’s race?  Should voters believe that Williams’ tax preparer inflated business expenses to the tune of $700,000 without his knowledge or consent?  Is this whole case just another example of a politician being selectively mistreated to minimize his political power?

Almost 15,000 New Orleanians voted early in this election. Without extensive polling and phone banks, it’s hard to know which candidate they supported. Buoyed by potential support from Black females, a large voting bloc in New Orleans, Landrum could easily be ahead.

But there is a persistent buzz in the grassroots Black community that voters are giving Williams a second look. Though Landrum’s consultants might be saying she has the race in the bag, other political players believe the outcome is still fluid, with up to 25% of voters undecided going into election day on Saturday.

Why would New Orleans voters be seriously considering a candidate who has been indicted? Williams burst onto the political scene almost eight years ago kissing all the ladies’ hands and making them blush. He’s got charisma and talks the criminal justice reform line that many want to hear. A group of voters also believe Williams was the subject of selective prosecution and that the IRS doesn’t treat people fairly.

Williams might have been the leading the runoff all along if former Judge Arthur Hunter, well known for his progressive chops, had endorsed him. Some believe Hunter withheld his endorsement because Williams is thought to have encouraged former Judge Morris Reed to enter the race. Reed always attracts about 10% of the votes. Without Reed in the competition, Hunter’s supporters think he would have made the runoff against Landrum. Reed recently endorsed Williams.

Williams scored a big win last week when U.S. District Judge Martin Feldman agreed to provide early access to the grand jury transcript of his tax preparer before the Jan. 11, 2021, trial date. Feldman is a very conservative but independent jurist who is willing to challenge the U.S attorney’s office whenever necessary. One lawyer who has frequently practiced before Feldman believes that because of the nature of the case and its timing, Feldman could slightly favor the defense.

Not unexpectedly, fundraising has been slow for Williams as of late. He is still raking in new donors like Business Council managing director Coleman Ridley Jr., corporations associated with Mardi Gras World’s Barry Kern, the author John Grisham and Entergy General Counsel Marcus Brown, whose wife is federal judge Nannette Jolivette Brown.  In the campaign finance report, which covered the period Oct. 15 through Nov. 15, Williams reported $133,448 cash on hand. It’s hard to know how many campaign expenses may still be outstanding. Williams has not been seen on television in recent days. 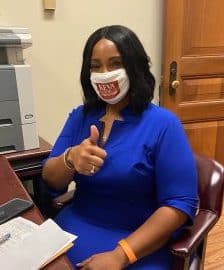 Though Landrum only reported $62,056 remaining, she spent almost $250,000 from Oct. 15 to Nov. 15, which increased her favorability. Many voters still prefer a more law-and-order candidate. Supporters like Rick Tessier say Landrum is a “call them like she sees them” judge who has changed her prosecutorial style with the times.

Landrum’s fundraising hasn’t skipped a beat. In recent weeks, donors who have contributed $5,000 or more include the Fayard family, Sher Garner law firm and its partners, Joe Georgisus and his wife Cheryl, Brian Egana, the Martzell, Bickford & Centola law firm and its partners, Jay Lapeyre, Shane Guidry, David Schulingkamp, the Motwani family, and the players behind River Birch.

Through social media, television commercials and mailings (only some with political disclaimers) Landrum and her allies have drilled Williams’ indictment into voters’ minds. Political operatives are not sure how many voters grasped that message or even care about the indictment.

What Landrum hasn’t done is convince voters that she is not the pawn of current DA Leon Cannizzaro. Although Landrum never worked for Cannizzaro, his detractors have married them together.

Corruption has long played a role in New Orleans politics. If elected, Williams would not be the first New Orleans district attorney to serve while under indictment — in fact he would be the third.

In 1973, District Attorney Jim Garrison was found not guilty of accepting bribes to protect illegal pinball machine operations. Garrison, who later became an appeals court judge, claimed the federal government came after him because he tried to implicate the CIA in the assassination of President John F. Kennedy.

Garrison was defeated by Harry Connick Sr. who was himself indicated on racketeering charges in 1989.  The case against Connick focused on alleged aiding and abetting a gambling operation. Connick, found not-guilty, was accused of returning gambling records to an arrested gambler. When Connick retired in 2003, Eddie Jordan became District Attorney which led to Landrum’s interim position after Jordan’s resignation.

Landrum has five days remaining to stand tall as her own person with her own plan to prosecute crime while also delivering criminal justice reform. Williams will be using those same five days to punch holes in the federal government’s case.

Winning the race for district attorney would probably keep Williams out of jail. Criminal justice priorities probably should change after President-elect Joe Biden takes office. Even if the government proceeds with the case, it might be very hard to convict Williams. If convicted and allowed to serve during the appeals process, Williams could end up being district attorney for at least several years.

This has been an historic race during very uncertain times. New Orleans politics is never dull but usually not quite so nasty.

The runoff election is Saturday, Dec. 5. Also remember to cast your vote down ballot for the other judgeships and propositions.

One thought on “Viewpoint: Has Keva Landrum delivered the knock-out punch to Jason Williams in the DA’s race?”