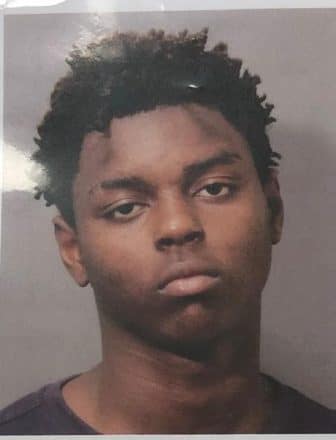 As friends of an injured carjacking victim set up an online fundraiser to help with her medical bills on Monday, the New Orleans Police Department identified a suspect in the crime that put her in the hospital.

Diane Rogers, known for her work with the city’s feral cat population, was carjacked on Nov. 15 at 2:26 p.m in the 1700 block of Monroe Street.

During the incident, the NOPD said, Rogers reportedly grabbed hold of her vehicle’s steering wheel and, while doing so, the carjacker began to drive off at a high rate of speed.

During that time, she fell to the ground and was rolled over by one of the vehicle’s tires — causing her to be hospitalized with multiple serious injuries.

A GoFundMe page set up Monday to help her recovery describes the incident:

Diane Rogers was carjacked on Sunday afternoon (Nov 15) while  feeding feral cat colonies in the Carrollton area of Uptown.  The carjacker stole her car and ran her over, resulting in multiple serious injuries, including a bad head injury, a broken collarbone, broken ribs, and a fractured hip.

She is currently in the hospital in stable condition but faces hip surgery, large medical bills, and a long road of  recovery ahead. Diane has been a longtime, tireless volunteer caring for feral cats in New Orleans, providing services from her personal funds. It is tragic that she was the victim of a violent crime while trying to contribute positively to her community.  We are asking for donations to help Diane with medical bills while she recovers from this cruel attack.

The NOPD has obtained an arrest warrant for Kyren Washington, 17, in the incident. Police say he was not armed.

NOPD Second District detectives identified Washington as a suspect and have obtained an arrest warrant on one charge each of attempted second-degree murder and carjacking.

This report was updated after posting with information on Diane Rogers’ medical condition and the recovery fund.