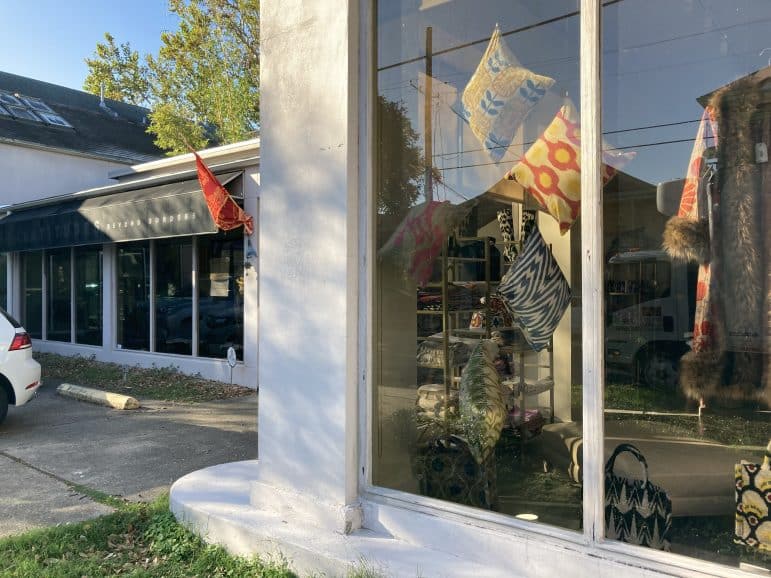 From its beginnings as a gas station and a camelback shotgun double, the sleek mid-century modern building at 3701 Magazine St. was created by architect Nathaniel “Buster” Curtis. Curtis had been a principal in the firm of Curtis & Davis Architects, best known for designing the Superdome and the Rivergate. 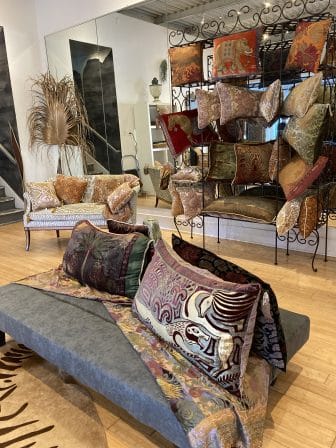 Meet Me in Venice

This piece of history is now for sale and housing two retail pop-ups — in a flurry of them these days — offering items shoppers are unlikely to find elsewhere in New Orleans. You would have to go to places like New York or Paris to find the Turkish textile art and clothing at Elysian and the textile home décor selections at Meet Me in Venice. And off to the side are some interesting Southeast Asian items of one of the building’s owners, Mary Ann Murphy.

Meet Me in Venice is the brainchild of Tanya Becnel, who had happened into a shop in Venice, Italy, owned by textile designer Mirella Spinella. “The magic of these velvet textiles captivated me,” Becnel said, “and stayed with me over the years.”

She finally met the internationally known artist, who has museum shows and high-profile commissions to her credit. Everything Spinella creates is one-of-a-kind, many inspired by ancient and traditional motifs. Once Becnel retired, she knew she wanted to represent this Venetian’s work in New Orleans. The shop with the flag of Venice out front offers pillows, wall hangings and other textiles. 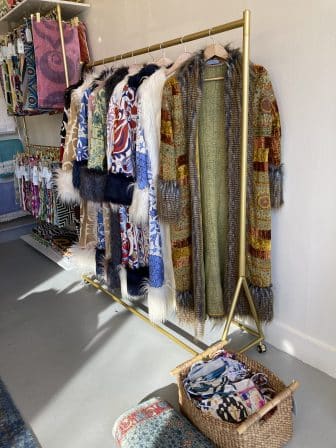 Elysian features clothing, textiles and even face masks (by popular demand) from Turkey. The offerings are artisanal, handmade unique items, many from the suzani tradition. (An embroidery technique from Central Asia, suzani means “needle” in Persian.) In her travels to Turkey, Elysian owner Emily Morrison began cultivating relationships with people who sourced these distinctive Turkish items.

In the 2019 holiday season, she held a couple of pop-ups. Based on their success, she did trunk shows over the past year. “This business has taken on a life of its own,” Morrison said. “And we decided to open this shop on Magazine Street because people love to touch and feel what they are buying.”

But how did the building get where it is today? After Buster Curtis left Curtis and Davis in 1978, he established his own business. He bought the property at 3701 Magazine in the 1980s, transforming the uptown, lakeside corner of Magazine and Amelia Street. Curtis’ son, David Curtis, graduated from Tulane architecture school in 1982 and worked with his father during this period.

The current configuration features a design that joined the corner gas station and the camelback shotgun with a one-story structure to create a single building, David Curtis explained. The façade on the Magazine Street connected the disparate buildings, creating a unified effect. There is an outdoor courtyard space in back and parking in front. Buster Curtis had his production office in the converted gas station, and the residential section was used for guests.

His office initially had just the downtown corner building — service station on the left and shop and gas pumps on the right (you can still see the curb where the pumps were located). After a couple of years, Curtis expanded into the camelback next door. 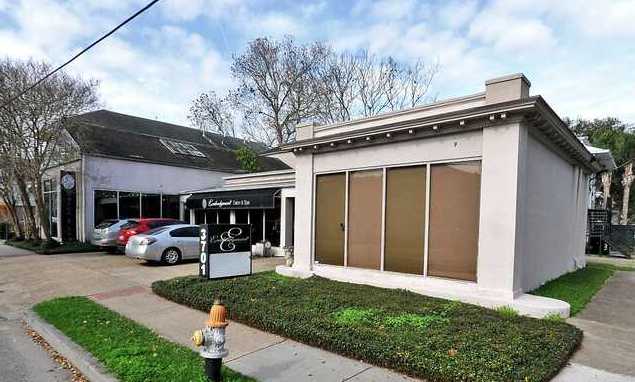 The next owner was Realtor Michael Zarou. Mary Ann and Paul Murphy saw that the building was vacant in the late 1990s and made a successful bid to purchase the property from Zarou. Thus the DNL LLC (for Dogs Never Lie – the Murphys are dog lovers) became the latest owners.

After living in Indonesia, Mary Ann Murphy had opened Latitudes, a store that specialized in Southeast Asian furniture and home décor, with partner Marcelle Ellis. The shop specializing in urban chic with an Asian flair was originally located on Julia Street, where it was outgrowing the space.

“For many years I had enjoyed the diverse and interesting mom-and-pops on Magazine Street and felt that it would be a perfect venue for Latitudes’ new home,” Murphy said. “With the discovery of this incredible and vacant building on the corner of Amelia and Magazine, I knew that we had to pursue the opportunity to purchase and relocate Latitudes.”

Latitudes moved in 1999. The shop was not just a showroom or a store. It hosted community activities, such as Mahjong lessons, events and other related projects reflecting the partners’ interest and enthusiasm for Asian culture and aesthetics.

Latitudes closed after Hurricane Katrina, and the inventory was sold off to residents who had lost their belongings in the flood. The building then housed a number of different business ventures. Erin Romney opened an exercise studio that, together with Katy Beh Jewelry, occupied the storefront area for years.

More recently, the Embodyment Salon and Spa occupied the main section of the building. The salon closed in October, according to a post on its Facebook page, where its owner states: “Well, this year has taken us all by surprise.”

Now the building is for sale. “We have hopes that this building will be preserved for many more years and will continue to be enjoyed by those who sell and shop on one of the greatest streets in the world,” the Murphys said of their unique building, now an iconic element of the historic retail corridor.