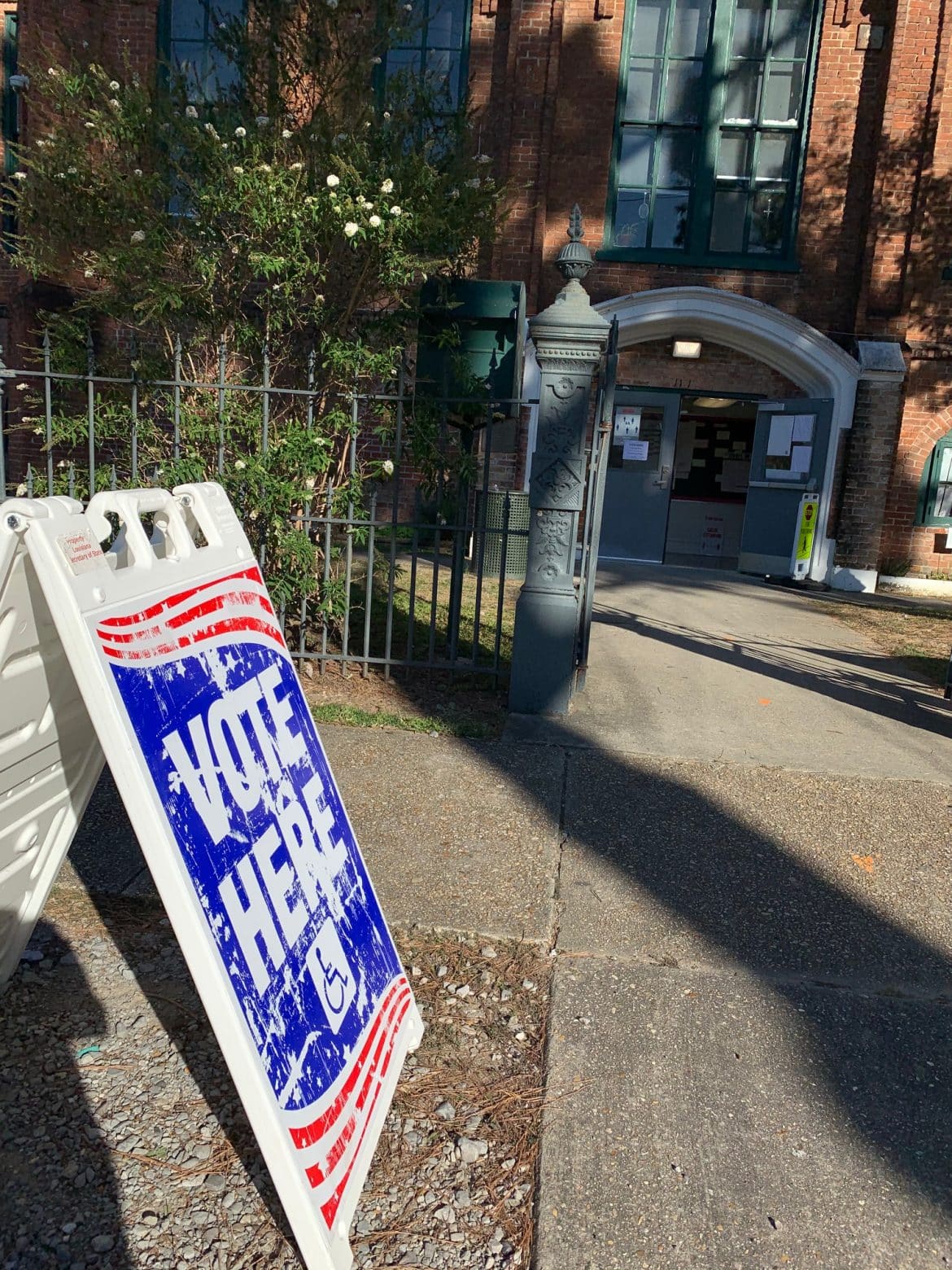 It was 6:15 a.m. and the line at the Audubon Charter School/McDonogh 7 was about 75 people deep outside the door on Milan Street. Sleepy eyes belied an enthusiasm to vote in the 2020 election.

Fortunately I brought hot tea in a thermos, a book to read and, more importantly, my “cheat sheet” — a list I had made the night before after researching the candidates and issues. I knew it was going to be a long day for voters and poll workers, so I wanted to be prepared.

In addition to the presidential and congressional races, there were a lot of local races in Orleans Parish for judges and School Board members, and statewide amendments, as well as yea or nay for sports wagering.

With list in hand and COVID-19 protocols in place in my polling location, I entered the school to vote – a mere 15 or so minutes from when I got there.

And that seems to be the experience so far with morning voting.

“I went at 7 a.m., parked in front, and no one was in line in front of me,” said voter Rhonda Sharkawy, who works at Stirling Properties in retail leasing and development. Her polling station is the Lawrence D. Crocker College Prep.

René Dugar, a tax preparer at H&R Block, walked into her polling location at Dryades YMCA at 10:15 am. And there was no line.

The lines were a concern to many — as was the three-minute time allotment for voting — but voters came prepared.

“I was using a ‘cheat sheet’,” said David Jack Browning, a graphic designer, adding that even with that assistance, he felt he was pushing the three-minute limit. He voted at Eleanor McMain Secondary School.

Browning gathered voting guides and compared them, then used his “gut and brains for certain races.”

Dugar said she “basically used the Antigravity [magazine] guide.” The magazine is an independent publication known for its voting guides.

“I just looked at the guide on the phone while I was in the booth,” Dugar said, “and it was easy to follow from president on down.” She didn’t feel rushed when voting.

Sharkawy used “trusted resources, cross-referenced and then I did research where I saw discrepancies.”

For her, the amendments and the School Board races were what she researched the most.

The judicial race was important to Dugar. “I was concerned about the judges,” she said, “simply because the number of judges we were voting for and I knew so little about them. If you didn’t have a voting guide to read about their records, it was could be like ‘eeny, meeny, miny, moe.’”

Browning said he struggled with the judges at first, but asked friends who had done research, then did his own.

“I probably did more research on judges than years before,” he said. “Just watching how the courts have been shaped in the last five to 10 years, I think that is something people should focus on now.”

The amendments also caught his eye.

“Amendments are so tricky,” he said. “You really have to do your research and watch wording, as it can trip you up.”

The amendment that concerned him the most was “definitely Amendment No. 1,” said Browning, who opposes it. That amendment proposes adding language to the Louisiana Declaration of Rights that says that nothing in the state’s constitution can be construed to secure or protect a right to abortion.

Mark Vicknair, an attorney and political activist who is a poll watcher for the Biden-Harris campaign, participated in early voting.

Even though Vicknair knew most of the judges and DA candidates, he had to do research on the amendments. He knew most of who was running in the School Board, but did do a look-see at some of the candidates he was not familiar with.

Vicknair’s Election Day started early and he will be checking polls every two hours. You may have caught him at Benjamin Franklin Elementary, Lycée Française de la Nouvelle-Orléans or St. Charles Avenue Presbyterian Church, covering Ward 14, precincts 1 to 9.

When he took a look-see at Benjamin Franklin at 7 a.m. the line was around the block, but subsequently lessened. After doing his rounds, he said that as of 10 a.m., at least 50 percent of his precincts had voted.

Before Vicknair started his duties, he accompanied his mom for her to vote at St. Dominic’s School in Lakeview, where there was a line. Fortunately, they allowed her to go to the front.

Sharkawy positively noted the attention to COVID-19 cleanliness and social distancing in her polling station, as did Browning.

“I was impressed with the efficiency of it. They really took care and cleaned everything for each booth,” he said. “There were a lot of people and they kept their distance.”

This is the first time since the 2004 election that Browning voted in person. “I was surprised about turnout today,” he said. “I am hopeful.”

One thought on “Election Day voters, armed with cheat sheets for their three minutes in the booth, find shorter lines”