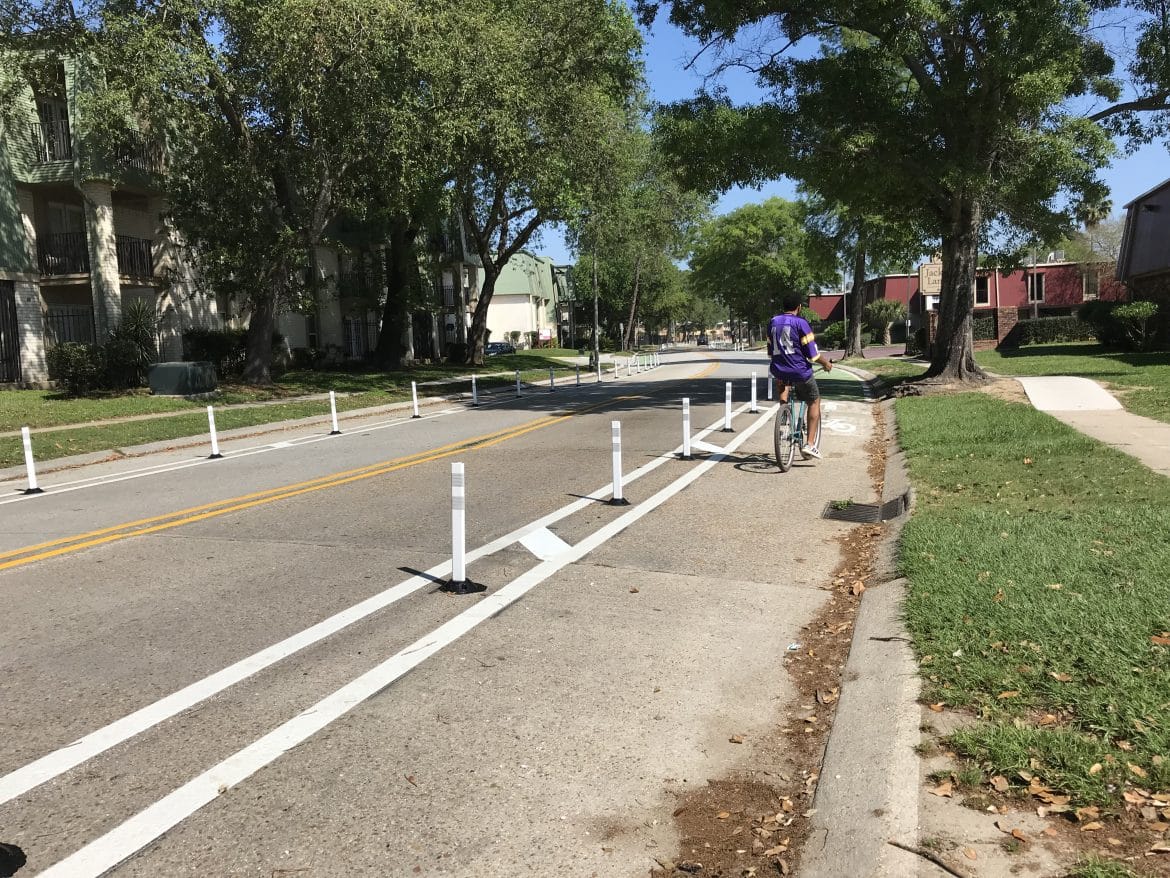 The Office of Neighborhood Engagement hosted a pre-construction meeting Thursday to inform Central City and Lower Garden District residents about bicycle infrastructure improvements coming to their neighborhoods. Construction on the project on the East Bank began in August 2020, and the Thursday meeting allowed residents to view the proposals for their area.

The meeting took place after the city last year gathered community input on how to expand New Orleans’ bike lanes to make New Orleans safer for bikers, pedestrians and drivers. Many of the attendees to the virtual meeting called in on their phones and were able to participate by texting the meeting host.

Spearheaded by Moving New Orleans Bikes, a joint effort between the Mayor’s Office of Transportation and the Department of Public Works, this initiative works in accordance with the New Orleans Complete Streets plan and aims to provide 75 miles of a connected, safe bike network.

Cyclists in New Orleans face myriad safety hazards, even after the scorching heat and pelting rain in the summer months. Roads pocked with craters, sand and gravel; reckless drivers; a lack of connected, protected bike lanes; and vehicles blocking bike paths are everyday hurdles for those who navigate New Orleans by cycling.

Encouragingly, recent polling conducted by the firm ALG research suggests that New Orleanians are open to changing their roadways to make biking safer. In a 2020 poll, 75 percent of respondents agreed that the city must promote alternatives to driving, and 73 percent supported expanding protected bike lanes even if that meant a reduction in driving lanes. A whopping 87 percent agreed that there needs to be safer ways for essential workers to access jobs. 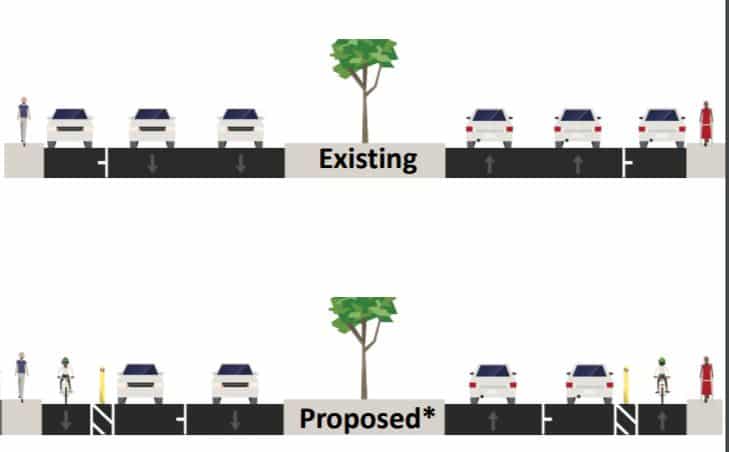 On MLK Boulevard, from South Claiborne Ave to South Broad, in the proposed design, the bike lane going on either side of the street will be protected by the parking lane. This will mean that the street will go from two travel lanes in each direction to one lane.

On Melpomene Street, from St. Charles Avenue to Camp Street, the proposal shows the street will remain two-way, but with the concrete median removed, allowing each direction to have a bike lane protected by a parking lane.

On Baronne Street, from Calliope to Philip Street, the proposed redesign narrows the street to one lane for cars, and preserves parking on both sides, allowing for a protected bike lane. Repaving and new stormwater infrastructure, funded by FEMA hazard mitigation grant, is also a feature of the proposal. 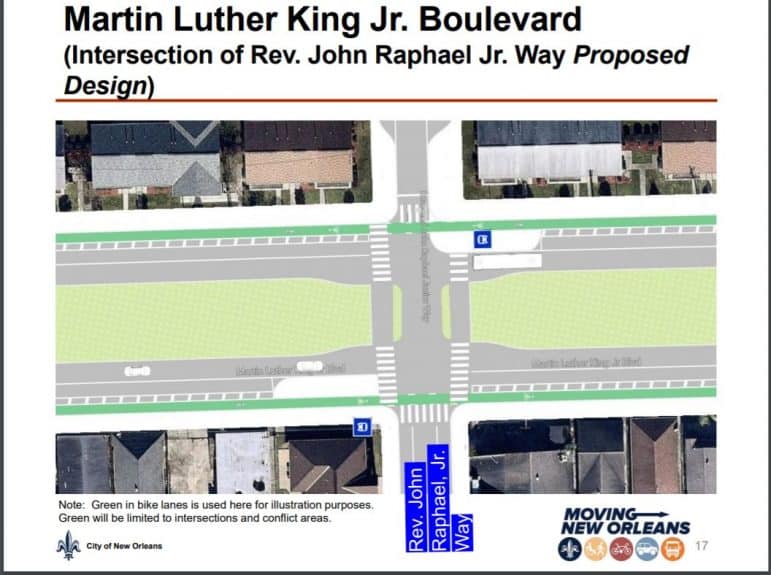 South Galvez Street, from MLK to Erato Street, would similarly have a protected biking lane in either direction, a general travel lane and a parking lane on each side. On South Broad, from Fourth Street to Thalia Street, the proposal includes improvements to the existing bike lane to further insulate riders from traffic, and improving access to bus stops.

Some were concerned that delivery vehicles may block the traffic lane, though the city representatives noted that these vehicles are supposed to utilize street parking to safely pull over to make deliveries.

Construction is set to begin this winter and continue through 2021. Precautions will be taken to prevent the spread of COVID-19, at the construction sites, such as hand-washing stations and temperature checks upon entry.

Residents can expect normal construction conditions, such as noise from construction sites, limited parking and the possibility of weekend work. Any changes to sanitation or delivery services will be communicated in advance.

Though there was a smattering of disapproval at narrowing some of the streets in the project, the redesigns had their defenders, with one attendee noting excitement for the proposal in the online chat.

Another attendee, Rob Bell commented in support of the plan’s expanding to major streets saying: “… you know what’s on heavily trafficked streets? People’s jobs, restaurants, hospitals, etc. etc…. People need to reach those places and everyone pays for their maintenance.”