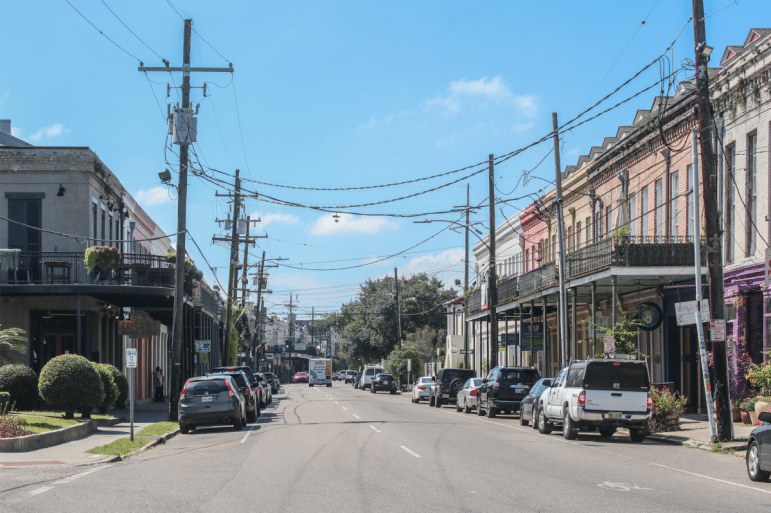 As Nathan Lott, the Preservation Resource Center’s policy and research director and advocacy coordinator, put it: Magazine Street — with its architecture, its history and its flock of local business — is a microcosm of New Orleans, one that has acutely felt the city’s economic slowdown during the coronavirus pandemic.

The time from Christmas to Mardi Gras is usually a boon for these businesses. The upcoming holiday season is seen as crucial to whether or not many of Magazine Street’s businesses survive.

Panelists discussed not only the ability Magazine Street businesses to survive the pandemic, but what the street stands to lose if local businesses close.

Some said they feared large corporations could scoop up real estate from shuttered local businesses — driving up rents, sucking money out of the New Orleans economy and altering the character of the city. 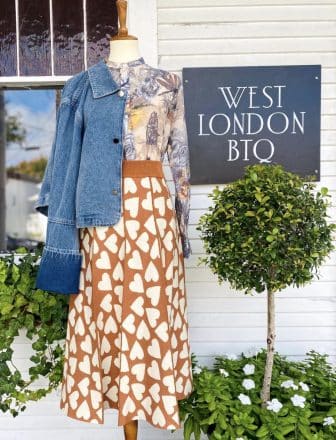 “We’re next door to a Lululemon,” Walton Bencik said, referring to the high-end active-wear chain. “Just three years ago, they were all mom-and-pops. It was amazing. We understood each other’s challenges and strengths and supported each other.”

None of the business owners faulted Mayor LaToya Cantrell for implementing coronavirus restrictions that have put a strain on their businesses. “Some things are so much more important than business,” Perlis said.

Each of the commercial businesses reported a decline in sales since the onset of the pandemic. Depending on the month, Haney said, Dirty Coast’s sales are down 25 to 50 percent compared to what they were at the same time last year.

Perlis said he expected his clothing stores’ monthly deficit to double in the months of January and February, a reflection of how strong their business typically is during Mardi Gras season.

Likewise, the retail businesses reported a shift toward online sales. Where Dirty Coast used to do 30 percent of its business online and 70 percent in the brick-and-mortar stores, that ratio has flipped.

This strategy, however, is out of reach for bars like Ms. Mae’s, whose business does not easily translate online. The proprietor of the Igor’s bars, Brooks recently reopened Ms. Mae’s and rehired the previous staff, but she anticipates having to close again before the pandemic is quelled.

For West London Boutique, which sits at Magazine and Constantinople Street, the holiday season is not the major revenue generator. The upscale boutique counts on events like Art for Art’s Sake and the Champagne Stroll for seasonal boosts. They were all canceled this year as in-person events.

By relying on what she called her established “processes and procedures,” Walton Bencik said she was nevertheless able to sell out of clothes twice. Walton Bencik also wrote a book about retail during her pandemic downtime and has invested time in educating other retail businesses about best practices.

What Walton Bencik and the other business owners emphasized is the importance of supporting local businesses to keep them from losing out to national corporations with deeper pockets. 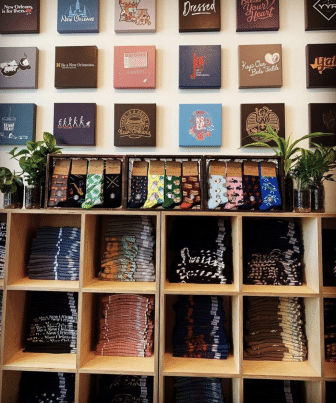 To this end, Dirty Coast’s Haney said he fears two things: first, that Magazine Street rents won’t be reduced in response to the economic downturn; and, second, that there will be no more federal economic aid for small businesses, like the Paycheck Protection Program — particularly aid that prioritizes small main-street businesses like those on Magazine. Without these things, the cost of operating on Magazine may become out of reach for most small businesses, he said.

“The only businesses that will able to afford dropping five, six grand on a space is going be a Lululemon-type brands,” Haney said. “At some point, you lose the character of the street.”

Even without parades on the street, there are still things to look forward to this Mardi Gras, the panelists said. They expressed excitement at seeing the costumes that New Orleanians will don. Haney is planning to dress up in an inflatable ball, a tongue-in-cheek way to facilitate social distancing.

Panelists said they are also anxious to see what consumers will choose to do with their money. New Orleanians could forgo local shops and choose Billy Reid over Perlis, Lululemon over West London Boutique, Starbucks over Hey! Cafe.

“[I’m] on pins and needles to see how people react, if they spend their money locally,” Haney said.

One thought on “‘At some point, you lose the character of the street’: Magazine Street retailers on the future of Uptown’s historic corridor”