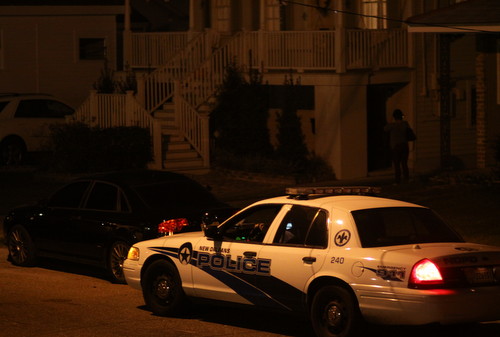 An argument in Central City ending in the shooting of two women on Sunday, the New Orleans Police Department reported.

It was one of three crimes reported Sunday night in the Central City area.

At about 7:45 p.m., a man approached two women, ages 32 and 33, at Washington Avenue and South Saratoga Street, near Lafayette Cemetery No. 2. The three started arguing.

During the argument, the man took out a gun and fired at the women, grazing one and striking the other, the NOPD report said. The 32-year-old suffered a gunshot wound to the foot; the 33-year-old has a graze wound to the leg.

At about 8 p.m. on Sunday, a St. Charles streetcar stopped at Washington Avenue. A man armed with a knife demanded the RTA driver turn over all the money in the fare box.

The driver closed door, and the armed man tried to pry it open, eventually stopping as the streetcar drove off.

At about 10 p.m., two women were involved in a physical altercation when one grabbed a knife and cut the other.

Police arrested Kathia Florez, 39, in the incident. Medical responders took the victim, 31, to the hospital for treatment.