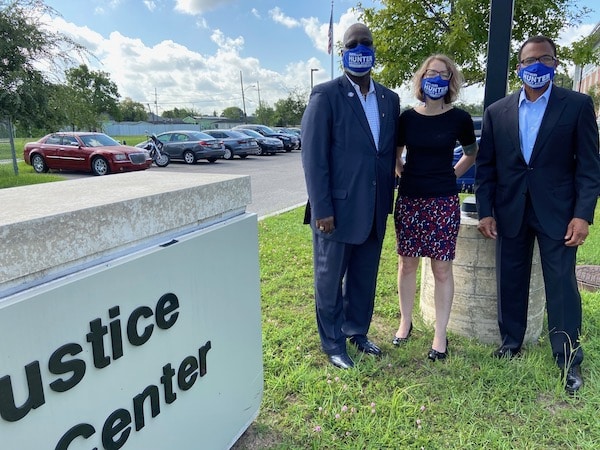 Long before the honorific “criminal justice reformer” came in vogue, Arthur L. Hunter Jr. was earning a national reputation for identifying alternative solutions to incarceration aimed at decreasing recidivism. After four years as a New Orleans police officer, 12 years as a lawyer in private practice, and 23 years as the Section K Criminal District Court judge, Hunter decided the only way he could bring greater systemic change was to run for district attorney. 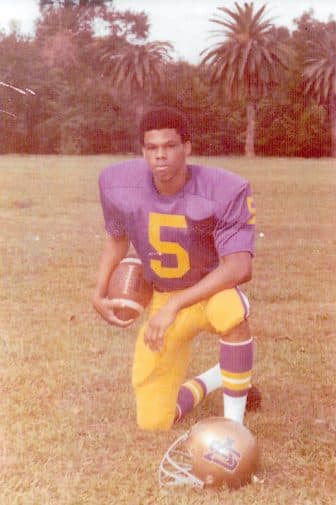 “I am the clear choice for New Orleans voters who want a fair criminal justice system that truly addresses the needs of victims and defendants while creating programs that reduce crime,” Hunter said. A former St. Augustine High School football star, Hunter said he is running as “a candidate of the people, not a candidate of the bosses.”

Hunter, 61, said he earned the trust of the community during his stint as a police officer. “Arthur Hunter has walked the walk as a criminal justice pioneer since he was walking the street as a cop,” said campaign manager Jacques Morial. The American Bar Association recognized Hunter as a “Legal Rebel” in 2015.

Hunter said he plans to establish “a new standard of enhanced public safety in New Orleans” through respect, equality, fairness, accountability and opportunity. He wants to protect communities and reduce criminal offenses by treating everyone — victims, witnesses and defendants — with respect. “I pledge to apply the law equally regardless of race, religion, gender identity or sexual orientation and only prosecute cases that are supported by facts and evidence,” Hunter said. “We will achieve accountability by moving cases without undue delay in an ethical, fair and professional manner.”

Already best known as the co-founder, with fellow Judge Laurie White, of the Criminal District Court’s Re-entry Program, Hunter would expand the use of specialty courts for nonviolent offenses. These would include courts for drug addiction and abuse, mental health issues and military veterans.

He’d also create a Crisis Stabilization Unit to treat those arrested for nonviolent offense who have pre-existing mental health issues. “We must do a better job of taking care of our mentally ill patients,” Hunter said. “They deserve treatment and services rather than just being placed in the Orleans Justice Center.” Upon successful completion of the program, charges against qualified individuals would be dismissed.

Nonviolent offenders ages 18 to 25 will be eligible to participate in what Hunter is calling a “robust” free diversion program, based on re-entry principles and his experience running specialty courts. “Another priority of my administration will be restorative justice, which will provide closure for victims and accountability for defendants while reducing recidivism,” Hunter said.

The pilot for the new diversion program will kick off in Juvenile Court. Team members — including the judge, the young person and their guardian, the defense attorney and assistant district attorney as well as a social worker, school official and/or psychologist — would develop a holistic, comprehensive plan for the young person that will also address issues within the home. “I want to know what the child did and why,” he said.

Hunter will put in place a number of special units to prioritize prosecution of certain offenses and office initiatives including a Special Crimes Unit to identify, investigate and indict major drug gangs; a Drug Interdiction Unit to investigate and prosecute the transport of large quantities of illegal narcotics; and a Special Victims Unit to focus on providing specialized assistance to victims of crimes such as hate crimes, domestic violence, sexual assault and human trafficking. Also proposed are a Victims’ Rights Unit, a Screening Review Unit and a Conviction Integrity Unit, which would review closed cases and examine current applications for post-conviction relief.

Interacting with the community is another of Hunter’s strengths. He is deeply involved in the community and has been listening closely to key neighborhood groups, small businesses, faith-based organizations and civic leaders. “I will quickly convene a meeting with our mayor, City Council, criminal justice and community stakeholders, and nonprofits to develop a holistic criminal justice policy for the City of New Orleans,” he said.  He envisions a Community Quality of Life Office, a Community Outreach Office and a Community Outreach Program.

“Unfortunately, the citizens of New Orleans currently view the District Attorney’s Office with skepticism and distrust. I want to change that perception by demonstrating every day that the office actually serves the community,” Hunter said. “In addition, I believe there is work to be done beyond keeping New Orleans safe. We must reduce contact with the criminal justice system by reducing the impact of economic and education inequality in our city.”

He hopes to bring back community policing, guarantee early childhood education, open summer camps in neighborhoods, support summer work programs for high school students, and connect those who have had contact in the criminal justice system with resources such as counseling and job training and placement.

Hunter has a laundry list of policy changes he want to implement on his first day in office: He said he will end prosecution for misdemeanor marijuana possession; eliminate habitual offender sentencing enhancements for nonviolent offenses; no longer notify ICE or Border Patrol of the immigration status of any person reporting an offense; no longer seek monetary bonds or object to most releases on the defendant’s own recognizance; diversify staff; and waive the DA’s portion of the filing fee for expungements.

Perhaps our next district attorney’s most important work will be to combat the city’s alarmingly high recidivism. “We need to reduce recidivism to reduce violent crime. It starts with effective, holistic intervention on juvenile crime,” Hunter said. “For adults and youth alike, to prevent recidivism, we need to determine why crimes are being committed in the first place.”

Often, repeated convictions are related to substance abuse and addiction, behavioral health disorders or lack of opportunity. “My ultimate goal is not only to reduce recidivism – and thereby to reduce violent crime and make our communities safer – but to also improve lives,” Hunter said.