The Second District of the New Orleans Police Department has made two arrests in recent Hollygrove armed robbery cases. 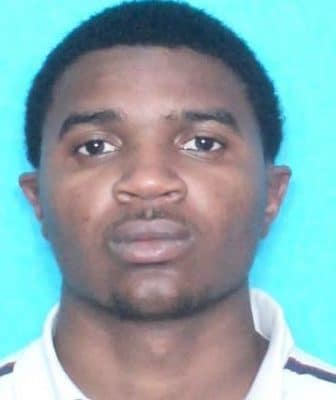 The NOPD arrested Craig Elliot, 20, on Sunday, Sept. 6, in the investigation of an armed robbery on Aug. 27 in the 9000 block of Palm Street.

NOPD Second District detectives identified Elliot as potentially one of the gunmen who robbed the victim and stole his vehicle and obtained a warrant for Elliot’s arrest. Elliot was subsequently located, arrested and booked into the Orleans Parish Justice Center for armed robbery.

It’s not his first brush with the law. In April, Elliot was arrested on counts of resisting arrest and illegally carrying a weapon and released on $450 bail. His next hearing in that case is set for October, Sheriff’s Office records show.

He was back in court, via Zoom, in July on a domestic violence charge. The judge issued a stay-away order and set his bond at $1,000.

In the recent case, Elliot remained jailed in Orleans Justice Center on Thursday after his arrest on one count of armed robbery and one count of aggravated assault with a firearm. His bond was set at $75,000 and the judge found him ineligible for release on his own recognizance.

The NOPD quickly arrested Tyron Lewis, 37, in the investigation of an armed robbery that occurred on Sept. 6 in the 2600 block of Eagle Street.

At approximately 4:40 a.m., the victim was reportedly exiting his vehicle when he was approached by a man witnesses later identified as Lewis.

Lewis was booked into the Orleans Parish Sheriff’s Office for armed robbery with a gun and aggravated battery. The firearm believed to have been used in the incident was also recovered during the investigation.

Anyone with additional information on either of these incidents is asked to contact NOPD Second District detectives at 504-658-6020 or call anonymously to Crimestoppers of Greater New Orleans at 504-822-1111 or toll-free 1-877-903-STOP.