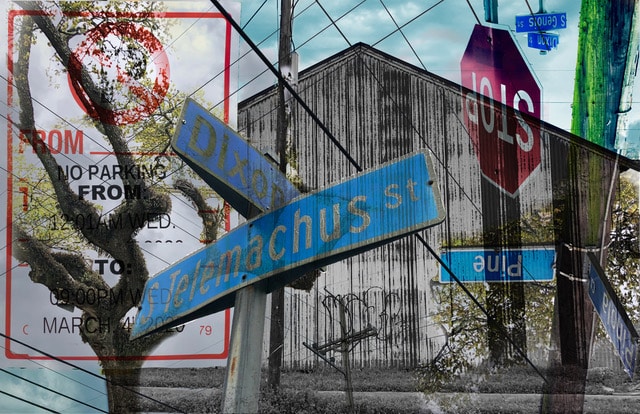 For many students, it’s the first time their work is featured in a gallery. La’Shance Perry, a senior at Xavier from Cincinnati, Ohio, majoring in mass communications and minoring in art, said the experience has made her feel validated as an artist, something that she has struggled with lately.

“I guess I’ll say I can be self-conscious about my work, which is why I haven’t shared a lot,” she said. “Just a year ago I was taking trips with my photography class to this museum — and now, I’m an artist featured on their site. It’s just crazy to see how the time has changed.” 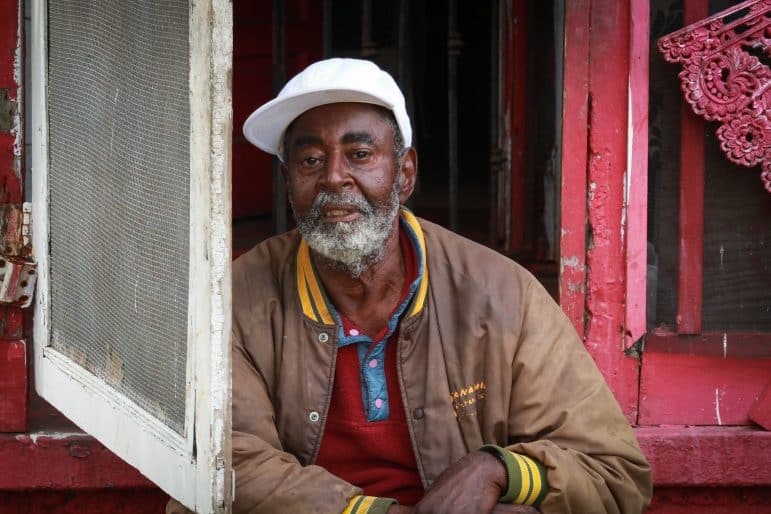 Penny Francis, chairwoman of The Arts Facet for the Links chapter, said students featured in this showcase in past years have expressed disbelief that their work is hanging on the walls of a museum. They say how honored and proud their families are of them, and how the experience motivated them to continue their passion for the arts.

“For any artist, it’s an incredible honor to have your work recognized and on display for the world to engage with. So many artists live a lifetime without having that experience or opportunity,” Francis said. “Giving these students this opportunity builds equity, which is critical in enriching and engaging the community.”

Ellen Balkin, director of education at the Ogden Museum of Southern Art, adds that she understands the importance and responsibility of providing students with opportunities to have their art appreciated and recognized, explaining that it falls under the museum’s overall mission.

“We have had an education gallery in the museum almost from its inception, and education has always been a very, very important part of the mission,” Balkin said. “So when Links approached us seven years ago, we of course wanted to be able to represent these amazing students.”

This year, fine arts professors at Xavier University referred students for consideration. Then the Ogden team of curators reviewed the submissions and made selections. The virtual exhibition gallery features a mix of artistic mediums, including photography, drawing, painting, ceramics, mixed media and graphic design.

Although the artists were not presented with a particular theme upon submission, according to published artists’ statements, most pieces are a response to experiences in their personal lives and communities.

“With everything that is happening in the world today and with the complications COVID also, we just wanted to let them have whatever voice they wanted to express,” Balkin said. “That’s the one thing that is so important about art. It is another means to communicate, and we wanted to give them this opportunity to communicate their ideas and their thoughts and feelings through artwork.”

Xavier senior Barriane Franks, a New Orleans native studying visual arts with a minor in history, is having her work featured in this showcase for a second time. Frank agrees that this exhibit serves as a space for artists to communicate.

“With this exhibit focusing on black artists in general, seeing some that are activists and also some that just might speak to their own feelings is really amazing,” she said.

In her artist statement, Franks said that her work is inspired by experiences with racial and gender prejudice and injustice, driving her to create a modern social injustice art series on racism and sexism. Through her art, Franks wants to express that racism is still prevalent and tends to make lots of parallel ties through history. 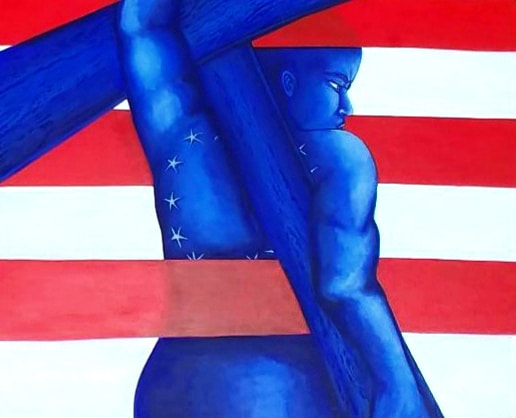 Perry’s work featured in the exhibit is centered around her eagerness to interact with neighbors in her community and to highlight them in a different, more positive light.

“When I say that I live in Hollygrove, it is met with a shocked look followed by a, ‘You live where? Be safe out there!’” she said.

Through her art, Perry is inspired by meeting people, learning from them and documenting their stories; her photography project, “The People of Hollygrove” authentically shows Black beauty and joy within her community. 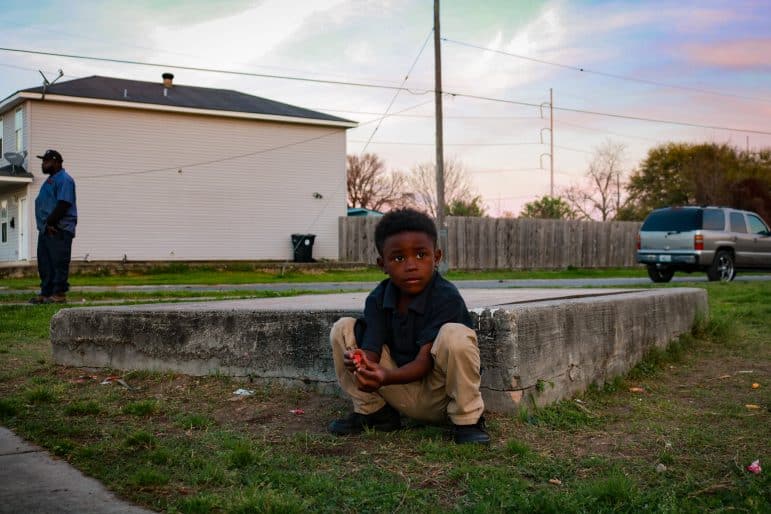 “Looking Toward the Future” by La’ Shance Perry

“At first glance, a person might miss the joy that radiates from the ‘17th Ward,’ but sure enough, it’s there,” Perry said in her statement.

With a current spotlight on the Black Lives Matter movement and many advocating for equal representation and inclusion in the arts, this showcase featuring Black student artists responding to the climate around them can be considered especially timely.

As Black female artists, both Perry and Franks mentioned that more spaces that showcase a diversity of artists are important, as the art community can often feel white- and male-dominated.

“It has always been important to showcase Black art, but the world is just now acknowledging the lack of inclusivity and equity that has been persistent,” Francis said. “It is important for the community to walk in a museum and see people or experiences depicted that they can relate to, and works that tell their life stories as well.”

“We really want to offer a place for people to share their thoughts, feelings, ideas — and for them to be able to have a voice,” Balkin added. “And, of course, today with Black Lives Matter, it’s more important than ever that all people are able to have that opportunity, and we hope that we are offering a platform for that.”

You can view the 7th Annual HBCU Art Showcase here. According to Balkin, the museum is hoping to retrieve physical art pieces from students in the upcoming months to have a fall in-person showcase at the museum in October.