In the race to fill the open seat in Criminal District Court Section K, three lawyers are bringing their diverse background and outlook to the competition: attorney Stephanie Bridges, best known for her 24 years as president of the New Orleans Council for Community and Justice (NOCCJ); 36-year-old lawyer Marcus DeLarge, whose family has been active in city government for half a century; and 30-year practitioner Gary Wainwright, who describes his work as “citizen’s defense.” A fourth candidate, Diedre Pierce Kelly, was disqualified by the Louisiana Supreme Court. 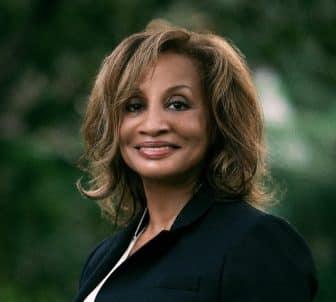 A distant relative by marriage to civil rights icons Ruby Bridges and the late Dr. Zebadee Bridges, nonprofit executive Stephanie Bridges has been an advocate for youth justice for more than 30 years. The NOCCJ, the human relations organization she leads, “promotes understanding and respect among all races, religions and cultures through advocacy, conflict resolution and education.”

NOCCJ offers cultural diversity workshops and for almost 10 years provided free expungement clinics in conjunction with the Louis Martinet Society and the Justice and Accountability Center of Louisiana.  Some of the young people who participated in NOCCJ programs needed expungements to give them a fresh start. While lawyers from the partnering groups completed the technical aspects, Bridges learned the basics. Longtime NOCCJ partner and former Loyola University President Father James Carter dared Bridges to enter Loyola’s Law School program. Despite being enrolled in Loyola’s evening JD program, Bridges graduated in three years.

In her senior year, Bridges participated in a pro-bono clinic where she was helped prepare the defense of a murder suspect. Bridges was also motivated by what she views as the race-related arrest of two of her sons by Baton Rouge police. Bridges says she practiced criminal law in Orleans Parish during her first year of practice. She also worked in the City Attorney’s Office. “I have handled cases in East Baton Rouge Parish and in Jefferson, St. Bernard and St. Tammany,” said Bridges.

In addition to her relatively limited Criminal Court experience, Bridges’ candidacy might also be impacted by her Chapter 7 bankruptcy filed in 2014. Bridges said she accumulated the debt, mostly on credit cards, to fund NOCCJ’s expenses after Hurricane Katrina when fundraising was extremely difficult.

“The organization means a lot to me, my staff and countless volunteers. But more importantly, it is vital to the community and the people we serve. I am proud of the work we have done over the years and the work we continue to do. I refuse to let the organization end on my watch,” Bridges said. Federal Bankruptcy Court documents reveal, however, that some of the credit card debt included purchases at Saks Fifth Avenue, Macy’s and Victoria Secret.

“As a judge I would like to restore public confidence in the judiciary by complying with the law at all times in a manner that promotes the integrity and impartiality of the judiciary. I will uphold the rule of law, administer justice fairly and equally and preside over cases without undue influence,” she said. Bridges also hopes to continue and expand the Re-entry Court Workforce Development Program. 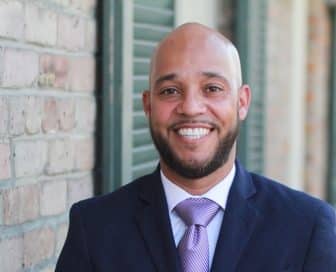 “Public service is in my DNA,” said DeLarge, whose 91-year-old grandfather Alton DeLarge Sr., as well as his father, uncle and several cousins have worked in city government. “It is my time and my turn to carry on the family tradition and serve the citizens of New Orleans.”

After law school graduation DeLarge signed on as an assistant district attorney under Orleans Parish District Attorney Leon Cannizzaro before realizing his forte was criminal defense. A sole practitioner, DeLarge often teams up with powerhouse trial lawyer John Fuller. “Together we have an extra heavy criminal defense caseload,” said DeLarge, who is married to educator Angele DeLarge and is the father of two children.

A board member of the Homer Plessy School, DeLarge is still involved at St. Aug as a mock trial coach, mentor and donor. “My work as a teacher and now as a board member, coach and mentor has allowed me to understand some of the most pressing challenges facing young people. It allowed me to recognize that their access to support in response to many of those social challenges can lead to bad decisions that play out in our criminal justice system,” DeLarge said.

DeLarge said he is committed to running an efficient courtroom that is respectful of victims, witnesses, lawyers and defendants. “Everyone wants fairness, honesty and justice to prevail.  As judge, there is no doubt these things are going to take place in my courtroom,” DeLarge pledged. 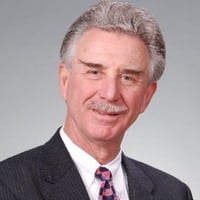 Attorney Gary Wainwright believes the people he represents are citizens not criminals and that labeling people as such before possible conviction is part of the racist underpinnings of the Jim Crow era.

Armed with a business degree, Wainwright enjoyed a lucrative career in international trade before  transitioning to law because of what he believed were the harsh prosecutions of minorities during the early years of the “War on Drugs.” Wainwright has spent the past three decades working daily in Criminal District Court.

“I respect the law and the building,” commented Wainwright, who has been endorsed by Clerk of Criminal Court Arthur Morrell. “In order for citizens to accept that they have received justice, there must be an open, honest process, where each participant is given their due — victims and offenders. For every case there is a community.”

Wainwright said that in the midst of a heated trial, “the judge has to know the law, make the correct ruling and control decorum.” Wainwright hasn’t always lived up to his own expectations. In November 2009, the Louisiana Supreme Court suspended him from the practice of law for 18 months for conduct to disrupt a tribunal as well as for failure to refund unearned fees, mishandling client funds and neglecting clients’ legal matters. Wainwright was subsequently reinstated.

Wainwright calls himself “a thought leader and a known quantity,” who is “experienced, knowledgeable and independent.” Wainwright has been consistently spoken out against over-incarceration and overly-punitive drug law penalties.

“Many of my clients who went to prison later came back and thanked me for the work I did for them and their families,” said Wainwright, who expects to spend approximately $50,000 on the race.