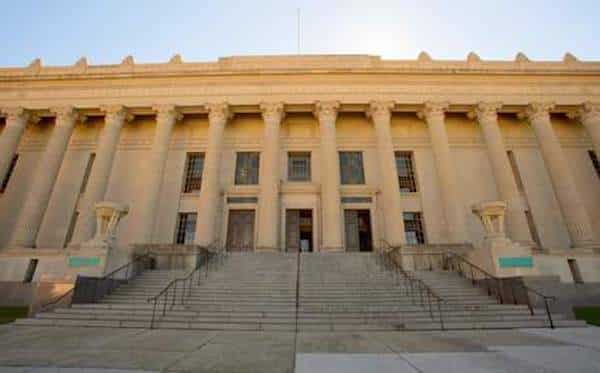 Judge Laurie White admits she has always been a little feisty. “Even as a child I wanted to free the world,” she said. A former professional boxing manager who traveled internationally with her fighters, White will put her innate pugnaciousness to use in what could be a no-holds-barred competition against seasoned capital defense attorney Dennis Moore. 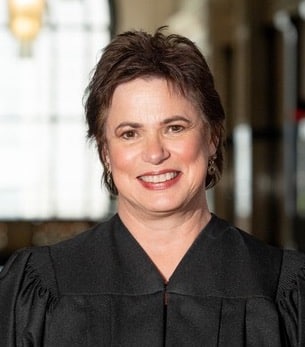 A 61-year old Baton Rouge native, White graduated from LSU and Southern University Law Center and served as an assistant district attorney in New Orleans and Baton Rouge. While in private practice she handled civil rights and insurance matters and also tried more than 100 criminal defense cases as first chair and litigated almost 75 judge trials. White was elected to the bench in 2007 and is seeking her third full term.

White describes herself as “a champion of reform, a compassionate leader and committed to fairness.” White is especially proud of the Re-Entry Court she created with former Judge Arthur Hunter. To reduce recidivism, the Re-Entry Court provides vocational training and mentorships for qualified non-violent offenders during their prison terms and social services upon their release.

The Re-Entry Court recently expanded to include substance abusers and heroin addicts because of two successful grants she wrote, totaling $1.7 million. White initially operated the program without staff or funding. “People don’t realize how much I have accomplished,” she said. “I’m an incumbent that should get re-elected because of the great work I’ve done in re-entry. It’s my passion.”

She values her work establishing online video-court hearings with inmates in Louisiana State Penitentiary at Angola, her service on the governor’s Justice Reinvestment Task Force, and her success in reducing Section A’s caseload through “hard work and not with the help of the DA.” She is an advocate of televisions in the courtroom, low bonds and “truth in sentencing.”

White is also known for her often adversarial relationship with current District Attorney Leon Cannizzaro. She and Assistant District Attorney Jason Napoli were chastised by Louisiana Supreme Court Justice Scott Crichton for “reality-show behavior” in a 2017 opinion upholding her decision to hold Napoli in contempt of court. While White talks about her role in helping uncover misleading subpoenas issued by Cannizzaro’s office, in at least one instance White failed to quash an arrest warrant that was predicated on a fake subpoena.

White has been endorsed by the Alliance for Good Government, the AFL-CIO, BOLD, the Regular Democrats Organization, New Orleans East Leadership and five members of the New Orleans City Council.

She is active in numerous professional organizations and has also received several awards, including Tulane University’s Project Return, Alumni Award of Excellence.  “It’s always good to get your roses before your funeral,” White said jokingly.

White says she is looking forward to a whole new regime at Criminal District Court with five new judges including a magistrate judge and a new district attorney. “It’s going to change criminal justice in New Orleans,” said White who has presided over more than 175 juries since she was elected. 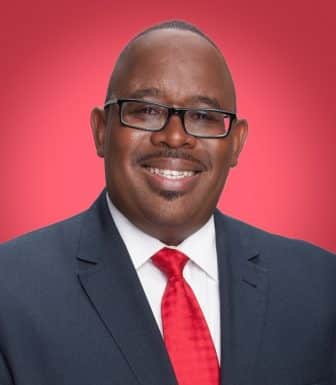 Litigator Willard Hill convinced him to become a criminal defense practitioner, saying that though he would never be rich, he would never be bored. After a clerkship with Judge Roland Belsome at Civil District Court, Moore worked as a public defender with the Orleans Indigent Defender Board. He then went into private practice, litigating both criminal and civil cases, before joining the Capital Defense Project of Southeast Louisiana in 2010.

In making his second bid for a seat on Criminal District Court, Moore says he is competing against White because she told him last January she would not seek re-election and only notified him days before qualifying began that she intended to run. “I consider Judge White a friend, but I am best suited to make change,” Moore said.

If elected, Moore plans to reduce excessive bail for arrestees of non-violent crimes; modernize the court’s technology system; streamline courtroom operations by reducing backlogged cases system-wide; implement pre-sentencing investigations for all defendants who plead or are found guilty; identify alternatives to incarceration for non-violent crimes; and further expand re-entry programs. “I will allow defendants the right to defend themselves on their charges, and I will allow defense counsels and prosecutors to argue their cases without placing my hands on the scale,” he said.

More says he is running on an almost identical platform as he did in 2016 because Criminal District Court is still burdened with the many of the same problems. “How much longer are we going to do the same things and not get results?” questioned Moore, who earned 27% of the vote in his first race, which was ultimately won by Judge Paul Bonin.

“Judge White started the re-entry program. It’s a great program. But what else has she done? There are technology changes that need to be implemented. She reduced her caseload but how has she helped the entire bench, especially since she was chief judge for two years?” Moore asked.

Moore says each judge has his or her own little turf. “They only think about themselves and not how the whole system – the 13 judges – needs to work together.” He believes for the criminal justice system to run efficiently, the chief judge must use his or her power to move the system forward by creating new policies and new ways of doing business. “The system is supposed to be about justice, not just in Section A but for all part of Criminal District Court. If one section fails, all sections fail,” Moore said.

Moore is not concerned about White’s many endorsements. “Endorsements don’t vote,” he said. “All I ask is that people listen to my platform. Hold me accountable for what I am going to do.

“When you look at some of the current judges, where is their incentive to perform? We still have excessive fines, fights between judges and the district attorney, and all other types of foolishness going on,” Moore continued. “I am not going to lay back. I am going to defend myself and my positions. This race is bigger that Judge Laurie White and myself. We are talking about the survival of the criminal justice system. I’m in this to win.”

Learn more about both these candidates at www.judgelauriewhite.org and www.dennismooreforjudge.com

Editor’s note: This column was corrected on Sept. 2 to reflect that Dennis Moore is a staff attorney with the Capital Defense Project of Southeast Louisiana, not a senior attorney. In addition, Justice Crichton’s criticism of courtroom behavior was directed at both Judge White and the attorney, not at the judge alone. A paragraph on a 2018 case involving restitution paid to Judge White’s husband was removed because she was not a party to that case.