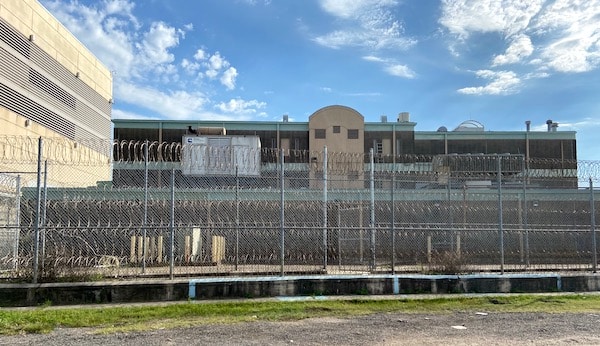 Armed with the ruling yesterday (Aug. 5) by U.S. District  Judge Lance Africk, which returned control of the Orleans Justice Center to Sheriff Marlin Gusman, the sheriff said he is moving ahead with his push to build a new facility to house inmates with severe health and mental health needs and to repurpose Templeman V as a temporary facility for COVID-19 inmates.

“I’m trying to save lives,” said Sheriff Marlin Gusman after Wednesday’s ruling, as he discussed plans for new or repurposed health facilities for prisoners.

Court-appointed monitors reported in July that the OPSO was in partial or substantial compliance with the majority of federal reform provisions. Though Judge Africk returned control of the Orleans Justice Center to Gusman, the consent decree continues.

On Wednesday, Gusman said his immediate concern is containing the spread of the coronavirus within the prison walls.

“NOPD officers are bringing known COVID-19 positive patients to the Orleans Justice Center,” Gusman said. “At Templeman V we plan to medically isolate new inmates for 14 to 21 days before integrating them with the general inmate population. It makes all the sense in the world.”

Four OPSO deputies have died from COVID-19, but there have been no inmate deaths directly attributed to the virus. “We are very fortunate that we have had few positive cases inside the Orleans Justice Center,” which Gusman ascribes to ongoing testing and sanitation efforts.

Gusman believes that COVID-19 has created an emergency that allows him to move forward without additional permission from city government.  “Using Templeman V is absolutely temporary, a quick fix,” he said. “It’s nothing permanent and not an expansion. It strictly addresses an emergency caused by the pandemic.”

OPSO’s architect and contractor are working with FEMA to complete the project within 60 days. No new staff hires will be necessary. FEMA will cover the majority of the costs.

“Citizens need to understand that we have to have vacant housing units that we can clean and sanitize before an inmate can be placed there,” Gusman said. “Our inmates are also often not the best in taking care of themselves. Just think of hotel rooms and needing to clean them for the next person coming in. We don’t have any extra cells, just enough to barely fit everyone.”

As expected, the OPSO received dozens of letters during the federally required public comment period, including one from attorney Emily Posner on behalf of the Orleans Parish Prison Reform Coalition requesting the comment period – which ended Tuesday (Aug. 4) — be extended to address their concerns.

Gusman will soon have to identify additional space to house approximately 20 inmates with mental health issues currently incarcerated at Elyan Hunt Correctional Center.  Serving the needs of inmates with severe heath or mental health needs has been a historic problem at jail across the country.

Even though Mayor LaToya Cantrell calls plans to build the 89-bed special unit “a waste of taxpayer dollars,” Gusman is adamant that the expansion is necessary.  While some believe the city’s opposition stems from the jail expansion’s $9.5 million operating budget that would have to be funded annually despite decreasing sales tax revenues, Judge Africk has said he considers the expansion an essential part of the consent decree. Gusman expects the jail expansion issue to be resolved within 60 days.

“It will be a special-needs facility that doesn’t look like a jail, where inmates with acute mental health problems can get the help they need. It will be staffed by medical personnel, counselors and social workers working hand in hand to get better results for inmates,” Gusman said. As new beds become available, Gusman said he would also be willing to close tiers in other facilities. “I don’t want to keep anything open that is no longer needed,” he said.

The current jail population — approximately 800 individuals — is lower than at almost any time in recent decades. Orleans Parish judges have released inmates due to COVID-19 and continue to set low or no bail for others. The inmates who do remain at in the parish jail tend to be violent criminals, substance abusers or the mentally ill.  “We don’t have a broad cross-section of people like we used to,” Gusman said.

Since March, Gusman has taken many precautions to keep inmates and staff safe, including ending the transportation of inmates to court for hearings, temperature checks, frequent cleaning of tiers and inmate testing, isolation of individuals suspected of being ill and mass testing of staff, now in its third round. “We’re doing the best we can to stay safe and healthy,” he said. 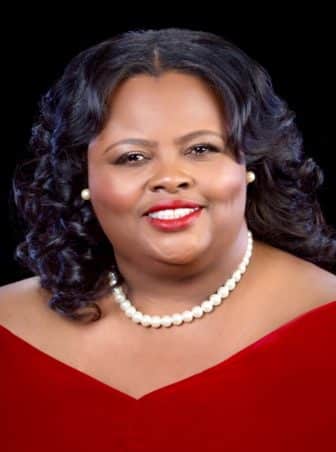 In nominating Diggs, Moreno told OPDEC’s 70 members that Diggs was “an incredible hard-working woman with so many great ideas.” Diggs defeated District 97 Rep. Matt Willard, who said he would be “a bridge to party unity.”

A small business owner, single mom and caretaker to her elderly father, Diggs cited her leadership experience, drive and work at the grassroots level. “I will make OPDEC my number one priority,” she pledged.

Diggs is a graduate of Emerge, the New Orleans Regional Leadership Institute, Institute of Politics, Congressional Black Caucus Boot Camp and Nancy Marsiglia Institute of Justice. She is also vice president of Independent Women’s Organization, an outgoing member of the Louisiana State Central Committee and a Joe Biden delegate to the 2020 Democratic National Convention.

Sometimes the most divisive politics take place within the same party rather than across party lines. During this election, more than a dozen key players twisted arms for their preferred candidate.

In a Democratic city like New Orleans, the party’s endorsement is important to candidates running for office. OPDECs future support will become even more sought after if Joe Biden is elected president.