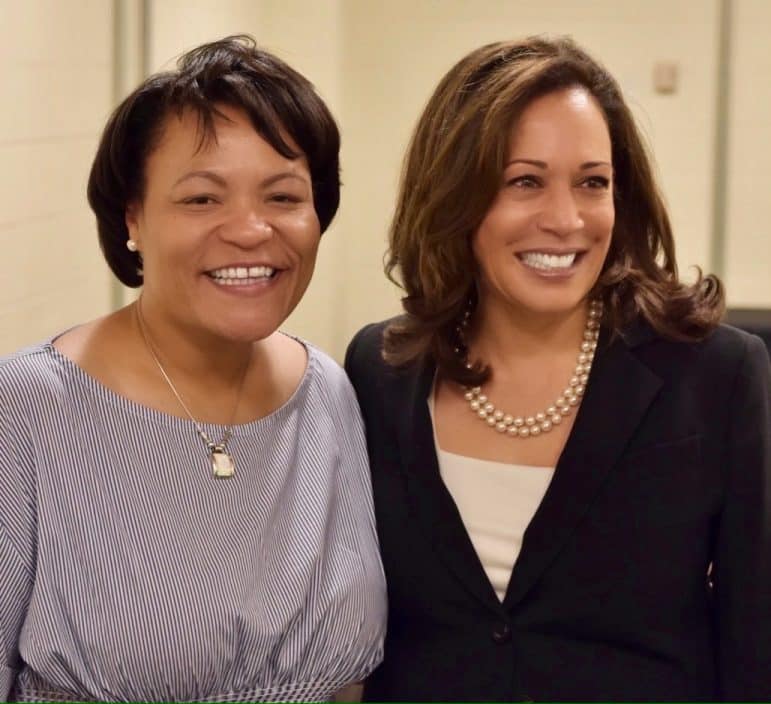 U.S. Sen. Kamala Harris’ selection as the 2020 Democratic vice presidential nominee — and potentially the most consequential vice president in American history — is the crowning glory of more than 150 years of incredible work by countless suffragists who first fought for the right to vote and later battled for unfettered access to the top echelons of U.S. government. Though Hillary Clinton, Geraldine Ferraro, Shirley Chisholm and others mightily aspired to reach the White House, polls currently show that the Biden-Harris team has more than a fighting chance to meet that goal.

As America remembers the 100th anniversary of the ratification of the 19th Amendment, which cracked open the doors for Harris and many others, there is no better way to celebrate than registering a friend or family member to vote.

History tells us that the national women’s suffrage movement began in 1848 at the Women’s Rights Convention in Seneca Falls, New York, which was organized by Elizabeth Cady Stanton, Lucretia Mott and Mary Ann McClintock.

The suffrage movement started a little later in Louisiana because of an antebellum-influenced view of the Southern lady, delicate as a magnolia blossom in the spring.  Southern males believed the women’s rights movement could only be attributed to an inferior Northern culture and likened it to abolitionism.  Equality of the sexes was a blatant disregard of social distinctions, according to author Armantine M. Smith writing in the Louisiana Law Review.

In 1861 men began leaving home to fight in the Civil War, thereby compelling womenfolk to take the lead in caring for children and the elderly. When husbands, fathers or sons did not return, the women became writers, teachers, farmers, landlords, shopkeepers and the permanent breadwinners for their families. The role of the Southern lady also began to change as females volunteered for benevolent causes and increased their participation in the community. Yet women had no say on the laws that governed them or how their tax dollars were spent. 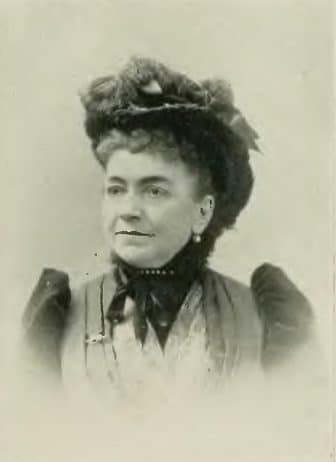 One of the most prominent suffrage leaders in Louisiana was Caroline Merrick (1825-1908), whose descendant Caroline Lacey Merrick Conway is president of Latter & Blum. Merrick, who grew up outside of Jackson, Louisiana, in Cottage Hall, loved horses and was furious when her father refused to let her ride with only a female companion.  “I early ascertained that girls had a sphere wherein they were expected to remain and that the despotic hand of some man was continually lifted to keep them revolving in a certain prescribed and very restricted orbit,” wrote Merrick in her memoir.

Merrick’s co-conspirator in her quest for liberty was Elizabeth Lyle Saxon, an abolitionist and author of prose and poetry. Together they embarked on a plan to bring legislative change. The duo mounted a petition drive that garnered almost 1,000 signatures. They subsequently appeared before the Louisiana Constitutional Convention’s Committee on Suffrage in 1879 to demand the enfranchisement of women as well as taxpayer rights, justice, equality and the ability to vote on school and education matters. Though their appearance caused quite a sensation, little progress was made.

Soon like-minded Louisiana women banded together in organizations such as the Southern Women Club, the Portia Club, the ERA Club, the Louisiana Woman Suffrage Association and the Anti-Lottery League, a political action group, which led to another movement in 1898 to amend the Louisiana State Constitution to include woman’s suffrage. As Merrick and Saxon got older, other women heeded the call in Louisiana included Mrs. Lewis S. Graham, Katharine Noble, Mr. A.B. Singletary, Sake Meehan, Mrs. H.B. Bartlett, Lydia Holmes, and sisters Kate and Jean Gordon.

Despite years of hard-fought battles, a state amendment addressing suffrage was never passed in Louisiana due in part to a lack of support from Gov. Ruffin Pleasant, New Orleans Mayor Martin Behrman, business interests and liquor lobbyists (who equated suffrage with a push for labor regulations and Prohibition) and in part to infighting between the various suffragist factions. Women in Louisiana only got the franchise after the June 4, 1919, passage of the 19th Amendment and its eventual ratification by 38 states in August of 1920.

Perhaps the most memorable women’s political event in New Orleans after 1920 was the 1946 campaign, A Clean Sweep with Morrison, led by the Independent Women’s OrganizationIWO. Empowered by The growing number of registered women voters (83,621 in 1946) the women wanted to replace Mayor Robert Maestri, a member of Huey Long’s old-style political machine, with good government reformer Chep Morrison.

According to the book “Silk Stockings and Ballot Boxes” by Pamela Tyler, on a frigid Saturday night before the January 1946 election, IWO coordinated more than 400 women in what become known as the “March of Brooms,” a clever word association with the March of Dimes.

“The women massed in ranks, each shouldering a common household broom, and marching shoulder to shoulder for blocks.  Impervious to the cold winter night, united in exhilarating camaraderie” the marchers arrived at their destination, the Jerusalem Temple then located at Lee Circle, to deafening applause. Morrison credited his victory in large part to the women. His daughter, Corinne Ann Morrison, still practices law with the Chaffe McCall firm. 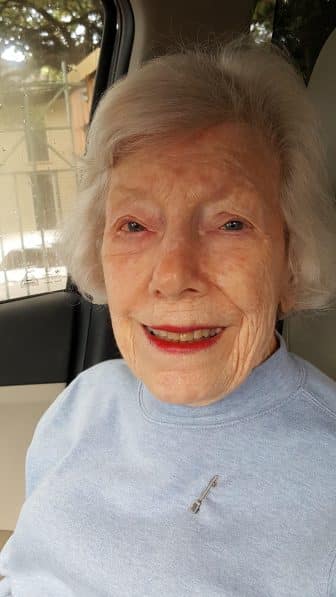 99-year old Gladys LeBreton participated in the 1946 Broom Brigade to sweep away corruption. She is wearing the broom pin from that day.

Women marchers sported broom lapel pins. “I remember the March of Brooms well,”said Gladys Gay LeBreton, 99, who was among the marchers. “It was an exciting day for everyone. I saved my broom pin all these 47 years,”  LeBreton was an IWO founding member along with her late sister Carolyn “Blondie” Gay Labouisse. In future races, IWO members kept up the wearing of the broom tradition to show support of good government candidates over machine politics.

“The women of IWO all were working toward the same goal – ridding city government of corruption,” LeBreton said. Born on the family’s sugar plantation in Iberville Parish, LeBreton grew up in a political family. Her father, Edward James Gay, served in the U.S. Senate and her husband, Edward LeBreton Jr., was a member of the Louisiana Legislature for 20 years. Family dinner conversations always revolved around what was going on in the political world. “Even if you didn’t listen, it sunk in just the same.”

Though now an organization exclusively for Democratic women, LeBreton said that IWO was originally “independent” as its name implied until Eisenhower’s presidential run in 1952. “There were really only Democrats in New Orleans up until then. Some of the women registered as Republicans to support Ike, which caused the split,” LeBreton said.

The same forces that opened the doors for many Louisiana women, notably Lindy Boggs and former Sen. Mary Landrieu, to rise up in national politics are now helping Harris reach her goal. Women politicians have never had it easy. This race could be the most sexist and racist ever. In 1984, vice presidential candidate Geraldine Ferraro was asked if she could bake blueberry muffins. Former Republican Vice Presidential candidate Sarah Paulin has already told Harris to “trust no one.” President Trump has labeled Harris “phony and disrespectful, nastier than even Pocahontas.” 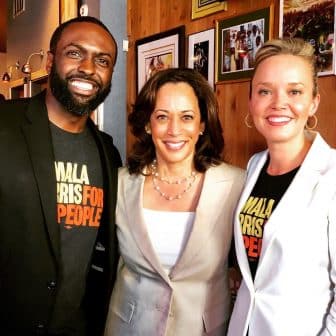 Harris has become a leading voice on racial injustice, gay rights and overhauling the criminal justice system. A former top prosecutor know herself for asking tough questions, Harris now will be dissected under a microscope every day. She will face a degree of attention and scrutiny that no American woman has ever encountered and in doing so could energize younger, more diverse voters.

Sarah Lewis, running a much more grassroots campaign, has attracted almost 500 donors and raised $90,000 without personal loans. She has been endorsed by the Alliance for Good Government; the New Orleans Coalition; IWO; GNOR PAC and the Orleans Parish Republican Executive Committee. State Rep. Mandie Landry is among her supporters.

Fewer than 10,000 citizens early voted in this election.  The polls close at 8 p.m. Saturday. Remember to wear a mask when you vote.

District 91 Rep. Mandie Landry will be hosting the next Mandieland Town Hall on Monday (Aug. 17) at 7 p.m. Topics include the back-to-school landscape and holding an election during a pandemic. Landry’s guests will include education advocate Rep. Tammy Phelps of Shreveport; Democratic organizer Lynda Woolard; local business owner Nick Reed of Get Up and Ride NOLA; and longtime family law attorney and judicial candidate LaKeisha Jefferson. Sign up here to be sent the Zoom link.

2 thoughts on “Viewpoint: Before Kamala Harris, a very long battle for women in politics”