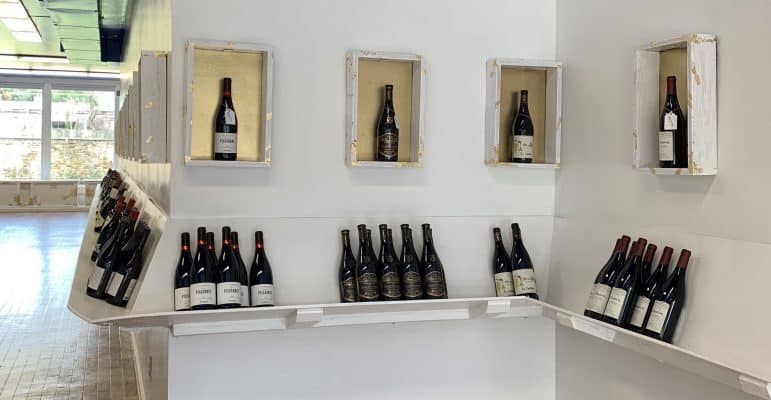 The once bare white walls of a South Carrollton Avenue storefront are now highlighted by bottles of red, white, rose and sparkling wines from France, the U.S., Spain and Italy, along with some select local and global spirits.

If those walls could talk, they would tell of the journey Vino Wine and Spirits took, including delays due to COVID-19 pandemic regulations and the cyber attack on City Hall, as they were navigating the already arduous permitting process. Then there was the card reader that wasn’t going to arrive in time for the opening, and then when it did, it was in pieces to be assembled.

The good news is that a new chapter began the last week of June, when Vino Wine and Spirits welcomed its first customers, card reader be damned.

Vino Wine and Spirits is the realization of a dream of Allyson and Milton Hernandez. Both have a background in food, wine and retail. Milton had worked for various restaurants and caterers in New York City and New Orleans; Allyson, who has a degree in graphic design, has experience in retail.

She designed the store’s logo — a large, delicate V with part of the letter turning into a vine and grape leaf — on the storefront’s floor-to-ceiling windows, which give the space natural light and provide a sneak peek of the wines inside.

The Hernandezes had been bouncing around the idea of opening a boutique wine store for a while, looking for the right space.

They found it near the corner of Oak Street at 1124 S. Carrollton Ave., located in the former Mo’s Art Supply and Framing, and before that, Thibodaux’s Floral Studios. It shares the building with A.L. Lowe Custom Framing.

“We made a list of what we wanted to do, and realized this would be a good addition to the neighborhood,” said Milton, in a previous Uptown Messenger article.

The couple’s focus is on wine and spirits by small producers at affordable prices. 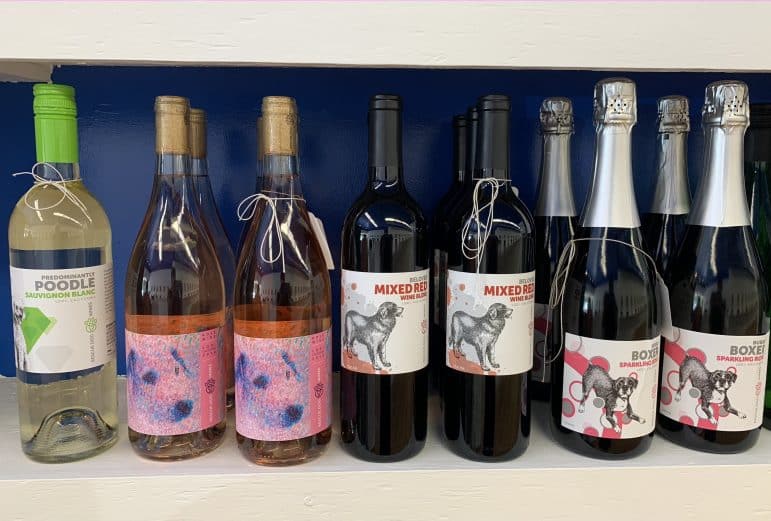 Milton pointed to one wall, where among the selections are Rescue Dog Wines from Lodi, California – “People really love the wine,” he said — with the Bubbly Boxer Sparkling Rose, Beloved Mixed Red Wine Blend, Predominantly Poodle Sauvignon Blanc. A portion of the proceeds benefits Take Paws Rescue in New Orleans and animal rescue organizations in California. 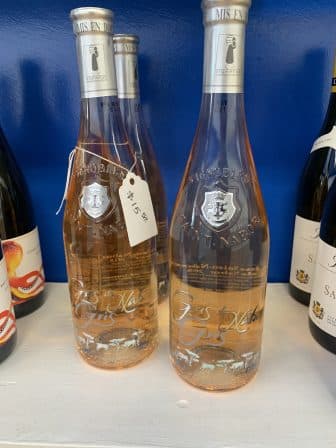 A rose can be “just the sort of thing you would enjoy chilled on a hot day.” (Sue Strachan, Uptown Messenger)

Another facet the Hernandezes wanted for the store was approachability, so a customer who doesn’t know anything about wine or wants to try something new isn’t intimidated to come in and ask questions. They also wanted to appeal to the oenophile, with brands they know, as well as encourage them to try something new.

While not an oenophile, I do know what I like and don’t like. When I asked Milton about picking a red wine, not from California (I have allergies to them) and told him I like all except Malbecs, he paused, and then enthusiastically chose two wines, describing each in detail. I bought the Tolloy Pinot Noir from Italy, and was very happy with it.

Spirits include small blends such as Tierra Noble’s Blanco, Reposado, Anejo, Exquisito Seleccion del Fundador (Founder’s Selection); Distillerie Acadian’s Cajun’s Cut bourbon and T-Moon, which the New Iberia distiller describes on its website as “not quite a whiskey, and not quite a bourbon”; New Orleans-based Happy Raptor’s 504 Hibiscus Rum, Magellan Gin; and Novo Fogo Silver Cachaca, a spirit from South Brazil that is made from organic sugarcane. 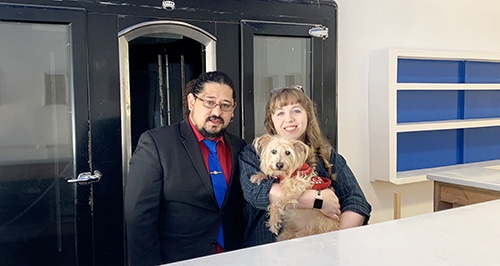 Milton and Allyson Hernandez, with Benji, stand in front one of the vintage coolers, from the store’s days as floral shop, in December. (Sue Strachan, Uptown Messenger)

Last year the couple signed a lease and started doing cosmetic renovations, stopping in mid-December when they realized the permitting process was going to take longer than expected. Like many businesses dealing with the city and state, they hired a land-use specialist — for them it was Webre Consulting — to help with the permit process, which slowed down even more when the COVID-19 pandemic hit.

The Hernandezes remained working during this time, Milton at Bourrée, Allyson at a retail store.

Spring 2020 gave way to summer 2020, so when Nicole Webre called to say that all the paperwork was complete, Milton and Allyson were ecstatic. But at the same time maybe a little superstitious. “I’m not cutting my hair until I get the papers in my hands,” Melvin remembers saying. On the day he went to Webre Consulting to pick up the paperwork, he had a 3:30 p.m. haircut appointment.

“As soon as my hair was coming off, the butterflies, started,” Milton said while remembering the moment by putting his hand up to his current, much shorter hair length.

The business was now real. “We couldn’t afford one more month to wait to open,” said Milton. The first two days were cash until the card reader was assembled.

A post on Nextdoor drove traffic the first few days, and now more people are beginning to discover it.

Milton and Allyson, as well as their rescue dog Benji, are at the store full time, seven days a week.

The duo hopes to expand more into the space and incorporate an area in back, to eventually hold classes and host tastings and small parties.