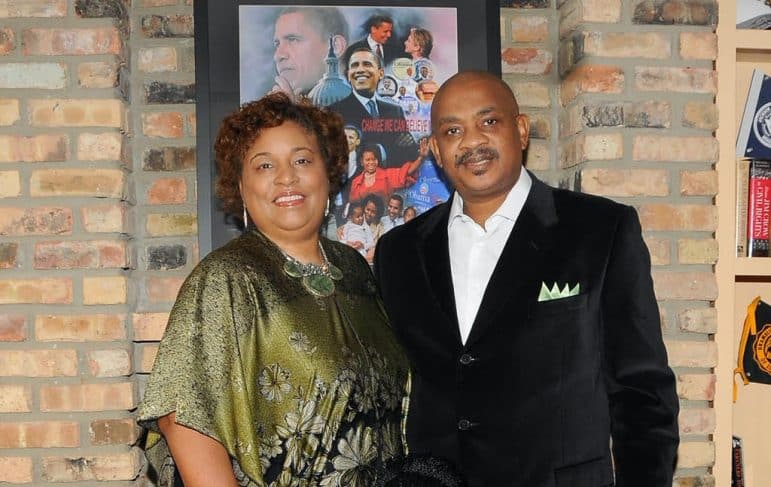 When Terri Love arrived on the Trailways bus from her native Birmingham, Alabama, to attend Tulane University School of Law on a scholarship, little did she know that almost 30 years later she would be seeking a seat on the Louisiana Supreme Court. The daughter of two civics teachers, Judge Love had always planned to run for mayor of Birmingham until she met Judge Israel Augustine, who convinced her that the judiciary was her true calling.

A member of the Louisiana Court of Appeal 4th Circuit, Judge Love proudly points to what she calls her exceptional legal training, extensive post-law-school judicial education, 25 years of appellate and trial court service and ongoing commitment to public service. “These are challenging times, but I am very excited about running for our state’s highest court,” Judge Love said. “I believe my credentials have prepared me to serve. It is going to be a good race.”

She burst onto the political scene in 1990, when Marc Morial ran for Congress against William Jefferson. Judge Love was the primary liaison to the faith-based community for Morial and is still well connected in religious circles. “I love the men of God and stay in touch with many of them,” she said.

Judge Love believes that, as a jurist, she has and always will be committed to the rule of law. “I have always been guided by the fundamental objective of the legal system – equal justice under the law.” Education and civic engagement were instilled in her at a young age. If elected, she said, she plans to enhance the partnership with the Louisiana Supreme Court and the Louisiana State Bar on Law and Civic Education. “I learned early in my career for the public to have confidence in the judicial system they must understand the process and believe it is transparent,” she said. The law and civics education program is designed to provide a wealth of outreach to accomplish that goal.

“To earn the title of justice requires the educational background, experience as a jurist at every level in the judicial process and a commitment to meaningful public service. I think my life’s career reflects those values,” Judge Love said.  “My husband, my children and I lift up in prayer those who have lost loved ones and those recovering. We encourage everyone to be safe, mask up and vote in every election.”

PARISH AND STATE DEMOCRATIC COMMITTEES EXPERIENCE CHANGING OF THE GUARD

When the Orleans Parish Democratic Executive Committee, or OPDEC, swears in its members in January 2021, clearly half of them will be replacing incumbents. An extraordinary number of strong candidates qualified for the 70 positions and the races became quite heated with mailers, phone banks, text messaging and signage cropping up around the city. Many new members were also elected to the state central committee.

During the past decade, two factions have fought for power at OPDEC, but now there could be four groups with the young progressives and the ruling class of elected officials commanding the swing votes. New leadership is sure to emerge as current, past and future politicians flex their muscles. The era of OPDEC as a grassroots-led organization is over. Change is also in the air at the state party due to Chairwoman Karen Carter Peterson’s recent announcement that she will not seek re-election.

On the Republican side, the only hotly contested races were in Council District A where longtime members Louis Gurvich, Jay Batt, Kirk Williamson and a trio of Bruneaus – Adrian, Chrissy and Jeb – once again led the day.  Candidates in three other council districts – B, C and D – were elected without opposition.  No candidates qualified in Council District E.

CANDIDATES QUEUING UP FOR FALL RACES

Candidates are already lining up for judicial, School Board and other races that will appear on the November ballot along with the presidential election. Charlene Larche-Mason, the chief deputy city attorney in Municipal and Traffic Court, has announced her candidacy for the open seat in that court, which will be a full-time position with a salary of $150,000.  As a highly experienced Black female prosecutor who first ran for judge more than a decade ago, Larche-Mason will be a formidable contender.

Three Criminal District Court judgeships are also up for grabs with contenders like Deidre Pierce Kelly putting together the dollars needed to be successful. Pierce Kelly has scheduled a drive-by fundraiser for Tuesday (July 21).

Juana Lombard, former Criminal District Court magistrate and current state Commissioner of Alcohol and Tobacco Control, will be running for magistrate judge, a position currently held by Harry Cantrell, who has reached the mandatory retirement age. Lombard is said to be running with the support of her current boss, Gov. John Bel Edwards. Cantrell is awaiting a decision by the Louisiana Judiciary Commission on a lawsuit he filed asking that the age limit be repealed.