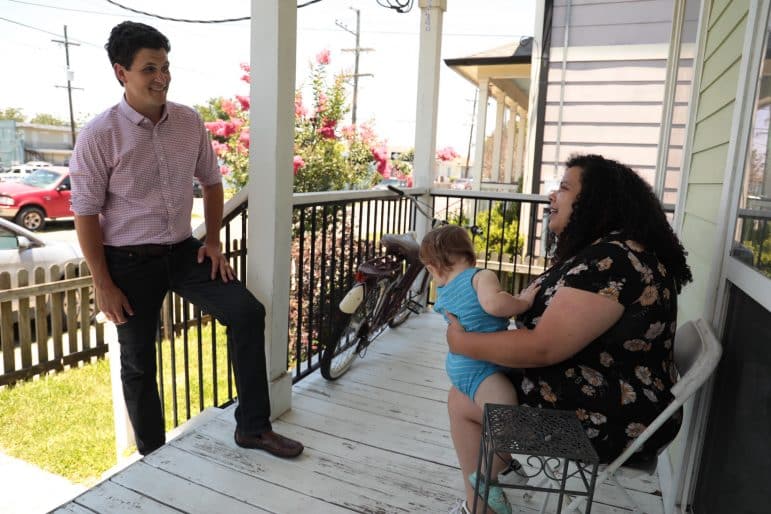 “America needs a national plan to deal with COVID-19 that includes testing and PPE in order for our schools to re-open safely,” said New Orleans math teacher Peter Wenstrup, a candidate for the U.S. Senate in the Nov. 3 election. One of four candidates challenging incumbent U.S. Sen. Bill Cassidy, Wenstrup announced his candidacy July 1 via video and social media.

Wenstrup points to the return of the NBA and the aggressive testing program within President Trump’s inner circle as examples of how life and operations can continue “close to normal” when regular testing and personal protective equipment are available. “It represents a failure of leadership when we don’t have that same level of support for regular people,” he said.

A native of Seattle and longtime resident of Cincinnati who attended Brown University, Wenstrup moved to New Orleans because he was looking for “a warm and inviting place where people valued people first.” Wenstrup visited the city once during college and wrote every school in New Orleans looking for a job before receiving an opportunity from Lusher’s CEO Kathy Riedlinger. He began work on Jan. 7, 2008 — the same day LSU’s football team beat Ohio State for the national championship. Wenstrup is distantly related to Ohio Republican Congressman Brad Wenstrup.

“As an educator I have watched many of my close friends at the school level who are tasked with making decisions about reopening. The fact is they don’t have the tools like testing and PPE to enact a plan that will keep teachers and students safe and achieve the educational outcomes they want to achieve,” Wenstrup said.

He also thinks that to reduce class sizes from 25 to 15 students would require a nationwide increase of an additional $100 billion for teachers’ salaries. “When you consider that type of expense it makes more sense to attack the virus directly,” he said. 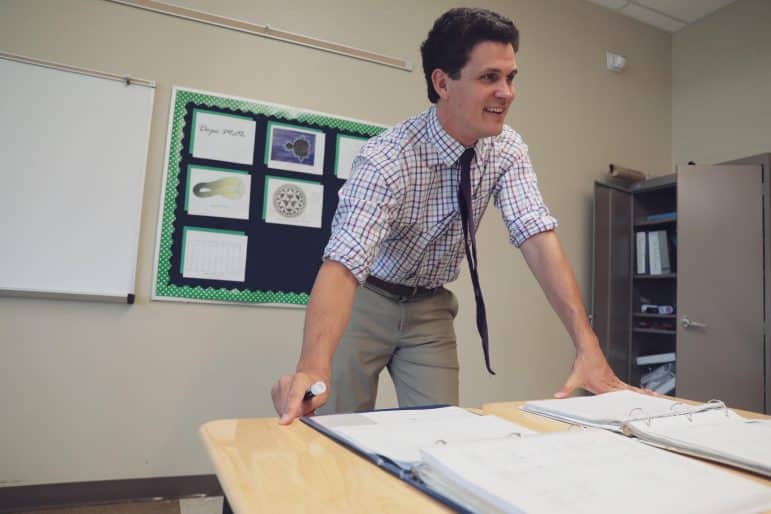 Prior to his decision to run for the U.S. Senate, Wenstrup thought that the best way he could serve the community was in the classroom, on the practice field and through after-hours tutoring. “I have been a high school math teacher who coached basketball for 10 years and also tutored my students after school.” He and his wife Kristen have two children, 2-year-old Hope and 1-year-old Grace. Both kids attend Hoffman Early Learning Center, which combines Head Start and full-tuition students.

In conversations with numerous parents, Wenstrup has found that some are advocating for a $4,000 refundable child tax credit. Others are suggesting universal preschool be offered by cities. A third group prefers an increase in eligibility for current Head Start programs.

“One of my non-negotiables is that every child deserves a high-quality education from birth to age 20. We have a task as a community to discuss how we do this,” Wenstrup said.  “I promise to listen to voices in communities across the state to find a solution that works for all families. My daughters’ experiences at a school that includes both Head Start and full-tuition students has shown me how powerful and important these programs are.”

Wenstrup is also committed to rebuilding Louisiana’s economy “from the ground up.” He believes many voters remember that after the 2008 recession, Washington took care of Wall Street and large corporations and “quit the job” before workers and small businesses were back on their feet. “As your senator I will make sure we start with workers and small business owners,” he said. “When we address their needs first and empower people with the stimulus to reboot the economy a more prosperous and equitable economy will be the result.”

Wenstrup also favors Americans receiving additional financial support from government, whether in the form of universal stimulus checks; more unemployment benefits, which he believes could be a job disincentive; or even through a New Deal style jobs program that could put people back to work on projects such as expanding rural broadband.

He also believes that Louisiana has an opportunity to put people to work rebuilding electric transmission lines, investing in wind and solar energy, and ramping up jobs in existing liquefied natural gas industries. “Given the number of people who are out of work due to the pandemic and crash in oil prices, now is the perfect time to invest in training for our people for the jobs of the future,” Wenstrup said.

Especially in these tough times, Wenstrup said, Louisiana residents need access to health care that does not depend on their ability to pay thousands of dollars of medical bills. “My opponent Sen. Cassidy offered a failed bill that would have taken effect in 2020 and prevented Louisiana from receiving additional federal funds during this pandemic and economic crisis. Even earlier this year, he worked with President Trump to continue to attempt to cut short Louisiana’s health care funding,” he said. “I will protect access to health care for Louisiana so that no one goes bankrupt, can’t pay the rent or misses care due to illness outside their control.” Wenstrup would support the federal government negotiating prescription drug costs or directly manufacturing generic drugs that have one or no current manufacturer.

Wenstrup said that citizens should be supporting the many small businesses in Louisiana’s tourism economy. “Food and music are an essential part of our culture. We cannot afford to fail the people whose livelihoods depend on providing these services.” A resident of the Delachaise neighborhood, Wenstrup, 33, is a fan of Jacques-Imo’s restaurant and the band Big Sam’s Funky Nation.

“Other countries have safe public life, restaurants and music venues because they have suppressed the virus. Our state’s dependence on tourism is another reason why it is crucial for us to come together as a state and a country to defeat the virus and not endure it and live with it,” he said. “As long as Sen. Cassidy and our leaders in Washington fail to provide communities with a plan or the tools to defeat this virus, the folks who enrich our culture through music, food and drink will not be secure.”

He characterizes President Trump as “a rich guy looking out for other rich guys and not for the needs of our communities. Furthermore, Sen. Cassidy lacks the courage to stand up and fight for Louisiana.”

Since declaring his candidacy less than 10 days ago, Wenstrup has set an aggressive fundraising goal and has raised about $50,000. “Right now we are a grassroots campaign — a teacher and a group of hardworking volunteers, including many former students. We’ll need to draw upon the experience and energy of the people already advocating for Democrats in this state and rally support for what will be a key race in the election of our lifetimes.”

Wenstrup frequently draws on the lessons he learned in the classroom from his students, their families and his colleagues. “The talent in the desk always outweighs the talent at the chalk board. Our leaders must empower communities with the tools and trust to defeat the virus, rebuild the economy from the ground up and enact real reforms that save lives.”

WHY IS MAYOR CANTRELL SINGLING OUT BARS & RESTAURANTS?

It doesn’t take a genius to understand that Louisiana’s COVID-19 numbers are increasing because citizens are not obeying the official mandates. While it may be easier to clamp down on the hospitality industry, Mayor LaToya Cantrell must not overlook the disrespectful partygoers who are the subject of numerous 311 calls. If Cantrell really wants to control the virus, she needs to demand the citations those superspreaders rightly deserve. Good citizens and businesses who are following the rules should not be penalized for the misdeeds of others.