The NOPD is seeking to locate a vehicle and its occupants in the investigation of a homicide that occurred on July 26 at the intersection of Fourth Street and South Claiborne Avenue. 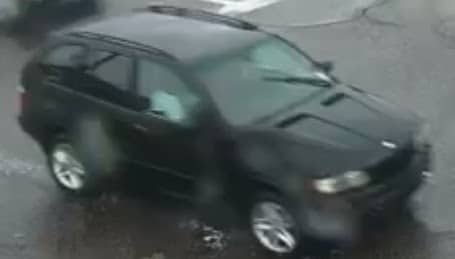 The pictured vehicle is believed to have been used in the homicide on July 26. (via NOPD)

On the listed date, NOPD Sixth District officers responded to a shooting at the listed location. A male subject was discovered at the location suffering from several gunshot wounds and later was pronounced deceased.

The pictured vehicle is believed to have been used by the unknown perpetrators in this incident. It is believed to be an early 2000s BMW X5 SUV, likely to have significant damage to the rear bumper area.

Anyone with additional information on this incident, the pictured vehicle or its occupants is asked to contact NOPD Homicide Det. Walter Edmond at 504-658-5300 or call anonymously to Crimestoppers of Greater New Orleans at 504-822-1111 or toll-free 877-903-STOP.